The Extra Factor: Three Sets of Twins Take a Look at Life with a Double Identity 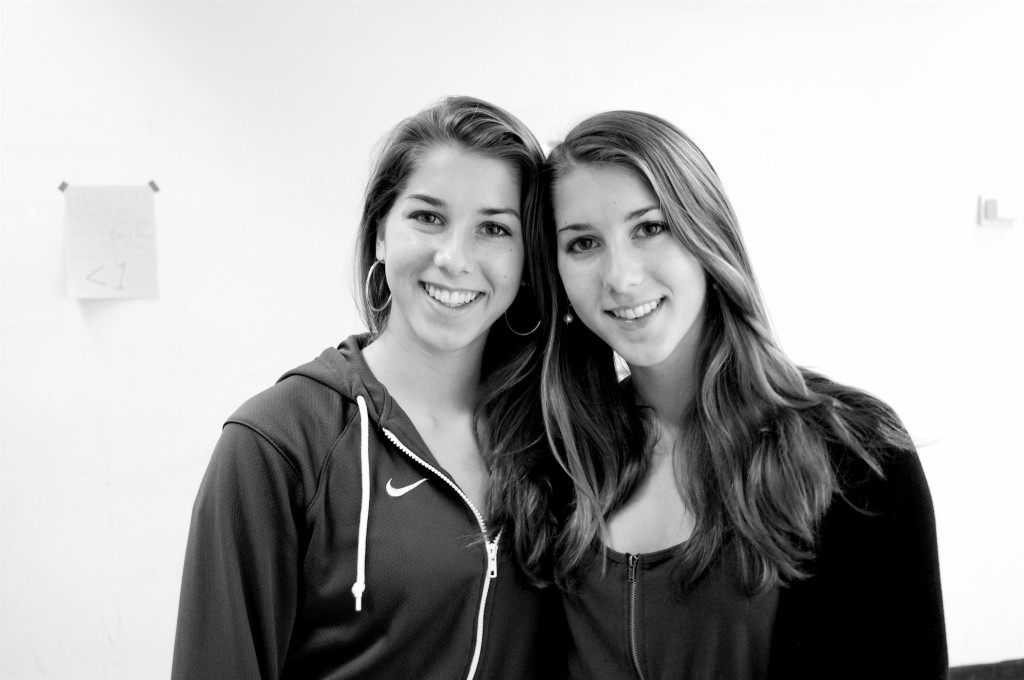 Sabrina and Sophia Kunselman, juniors at CHS, are identical twins. "Your identity is two fold. It's like you have yourself, but they also associate you with your twin, so you are never truly your own person." Sabrina said.

Most teenagers can expect to see their best friend a couple days of the week, but for a small number of people, they live with them. In general, the life of twins is not that different from the life of anyone else. “It’s just like having another sibling, but they’re the same age as you,” said Kate Summers, Community High sophomore and twin. “It’s like having your best friend wherever you go,” adds Community High junior and twin Sophia Kunselman.

People often make assumptions about twins, one being that twins share a special “telepathic” connection. Although twin telepathy does not exist, the Kunselman twins think there might be something to the myth.  “Sometimes it actually happens … like I came from my mom’s house and Sabrina came from our dad’s house, and we showed up wearing almost the exact same outfit . . . we didn’t coordinate it; we had no idea,” said Sophia.

Another common assumption is that twins have identical personalities. Most people jump to the conclusion that twins think, talk, and act alike. In reality this is not true. Robbie Stapleton, Community High staff member and twin, said, “I love my twin, but I hate that nobody sees me for me.” In high school, Stapleton was spiteful about

having a twin because of the assumptions people made and the conclusions they drew from their similar looks.

Since then, Stapleton has changed her opinion.  “I think that [the assumptions get] less when you are older.  When you’re my age, I will certainly say this, you’re less sensitive to those assumptions,” she said. Stapleton also describes that as you grow older people don’t notice your similarities as much. But even though their appearances differ more now, she says that some things are becoming more similar. “The thing that kind of freaks me out is not so much our looks but our gestures, not so much the way we look but the way we stand or are,” she reflected.

For the Kunselmans, unwarranted assumptions are not the most common points of conversation right now.  Now the prominent topic is college.  “We haven’t really thought about that. I mean we are independent people… we do have so many of the same interests that we may end up applying to a lot of the same schools,” said Sabrina.  “It’s almost like throwing yourself in a situation where the one constant thing in your life isn’t there anymore,” added Sophia.

On the other hand, Stapleton disagrees with the Kunselmans.  “I think that it was so important that we not go to the same college because we [had always run] in the same crowd.  We had the same friends in high school, so we really needed to separate; I especially wanted that,” she said.  Although they decided to go to different schools for college, ironically, they ended up going to the same university for graduate school and even majored in the same subject.

Besides her decision about college, Stapleton also faced issues with the social aspect that being a twin had on her life. “Kids would come over and I never knew if they came to see me or her or to get two for the price of one,” she said. Sabrina Kunselman agreed, “Your identity is two fold. It’s like you have yourself, but they also associate you with your twin, so you are never truly your own person.” Summers recognizes that, even though her twin is a boy, they still are compared a lot of the time. And the Kunselmans say that although people often confuse twins, it doesn’t bother them. Sophia said, “I don’t really blame them because telling twins apart can be difficult, it doesn’t come easily.”

Despite some minor drawbacks, the Kunselmans and Stapleton agree that having a twin is worth it. Even though each of them is given a double-identity and they are questioned about twins every time they meet someone new, Summers, Stapleton, and both Kunselmans all agree that they like being twins.  “I would say that in the different phases of my life it’s meant different things. But I had a best friend with me throughout,” concluded Stapleton.