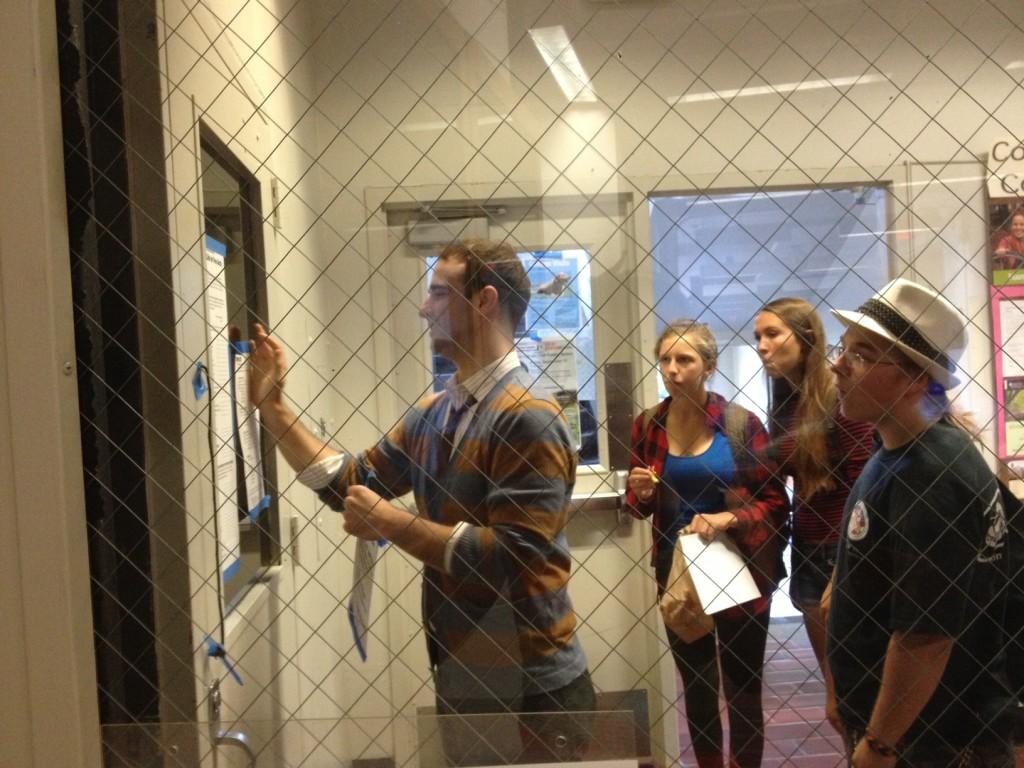 Sixty Community High students are about to get a lot busier: Community Ensemble Theater’s “Bob: A Life in Five Acts” was cast just last week.

“It was the most difficult casting process I’ve ever had,” Quinn Strassel, the director, said. The audition and callback process went very quickly, as Strassel’s baby was due at any time. Auditions were Tuesday, Sept. 10, followed by callbacks Wednesday night. The cast list was up by Thursday at lunch.

Morgan Harvey, a senior and CET’s Vice President, was very happy with the cast list. “I wasn’t too surprised [when the cast list came out],” Harvey said. She likes to guess who is going to be cast as which roles, and “I’m usually right.”

Harvey was cast as Helen, the main character’s crazy mom.

“I love everything about being in a show,” she said. “I’m really excited. Milo [Tucker-Meyer, cast as Bob] is a  really good actor and everybody who’s in the show is just really awesome.”

During casting, Strassel’s wife was expecting a baby. The doctors said that it could come any day. Because of this, Strassel had thought up an elaborate plan for the show when he goes on paternity leave. “I’m going to have rehearsals up until the point that the baby is born. We will stop rehearsals for three weeks, and then we’ll kick back into wherever we left off.”

His wife’s water broke Monday night. Strassel wasn’t in school the rest of this week.

“There’s a lot of this play that really deals with birth, and life, and what a person can become,” Strassel said. “So in some ways, it’s kind of exciting for me to think about doing a play that deals with those issues at the same time that I’m bringing a life into the world.”

Strassel posted on Facebook that his daughter, Luisa, was born at 1:44 am Thursday, Sept. 19.

Because of Strassel’s baby, rehearsals for the cast are cancelled until he returns from paternity leave. But the crew will still be working tirelessly to get as much done as possible. “Bob: A Life in Five Acts” will be showing Nov. 21-24.

“It is the craziest, funniest, saddest, most exciting play I’ve ever read,” Strassel said. “I’m beyond excited to direct it.”