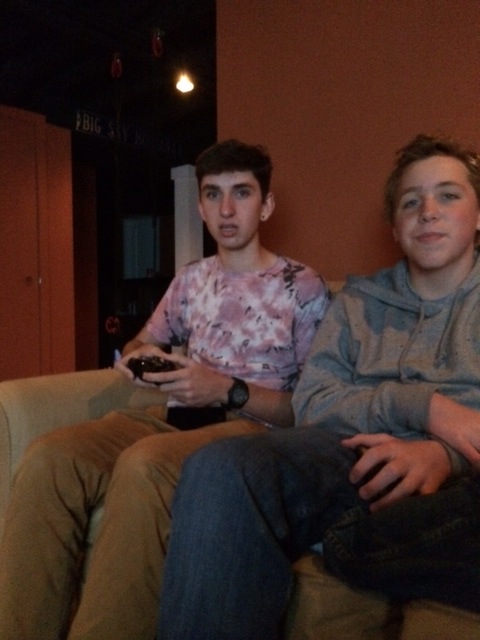 Like most teens these days, Sam Works and Nick Middleton (Midds) have become invested in the newest clothing trend, streetwear, only these two plan on taking their love for streetwear to the next level.

Streetwear came into existence in the mid to late 1960’s, as a way for rebellious youth to express their opinions about social and political issues. Many say this is when streetwear was the most important, and most influential. As the decades went on, the purpose and message of streetwear changed. In the 80’s the focus of streetwear shifted away from social and political issues and into a new DIY (do it yourself) attitude. This is also when hip hop and rap started to get involved with this new and upcoming style. Run DMC was a big influence in the change in streetwear. They expressed their devotion to the style in a song called “My Adidas,” sweatshirts, track pants and trainers flew off the racks, as a new generation of men devoted themselves to streetwear. Women threw away the old fashioned lace and decorated themselves in heavy gold jewelry. In the 80’s, Japan entered the game and put their own unique twist on the style. They took their influence from anime, technology, and Japan’s pop culture. In the 90’s, streetwear  started to break off into subcultures. Skaters who wore loose fitting clothes with shoes that were grippy and good for skating, then there were the punks who wore cutoffs and ripped t-shirts and other clothing to show their participation in mosh pits, and artist would advertise by putting graphics on t’s. As streetwear moved into the twenty first century bigger companies started to take over, shutting out the small, traditional streetwear. Some say that streetwear is now dead, that the big companies have made it too mainstream and have lost track of streetwear’s DIY attitude, Works and Middleton hope they can be some of the few that keep real streetwear in existence.

It all started with small conversations about the new clothes coming out from their favorite clothing companies like Supreme. As they began to talk more and more they came up with the idea for a company. The name “Midds Gear” seemed like a fitting name. Midds has become a familiar name around Community High school, and could be said to have multiple meanings.

The two have found difficulty in working together. It has become apparent that there is a reason that there are not many companies started by high school students. “Communication between me and Nick Midds is insanely difficult, probably the most difficult thing I have had to do in my entire life,” said Works.

The pair get their inspiration from New York Streetwear, in which artists design based off of the city around them. They plan on focusing on hats as well as T-shirts. They plan on making small amounts of each product. They hope that the low supply will cause the demand of the product to skyrocket. This technique has proven to be successful for companies like Supreme.

The idea of two teenage boys starting a company sounds a little far fetched, but when asked, they had the resources needed to go through with their plan. Works said he plans on using a t-shirt making company that his dad is a member of, and that they know of a place that will be able to make their trademark hats. What will set them apart from the rest of the crowd will not be their ability to make the clothes; it will be the fact that they have the drive to pursue what they are passionate about.