A Look at the Animated Short Film Oscar Nominees 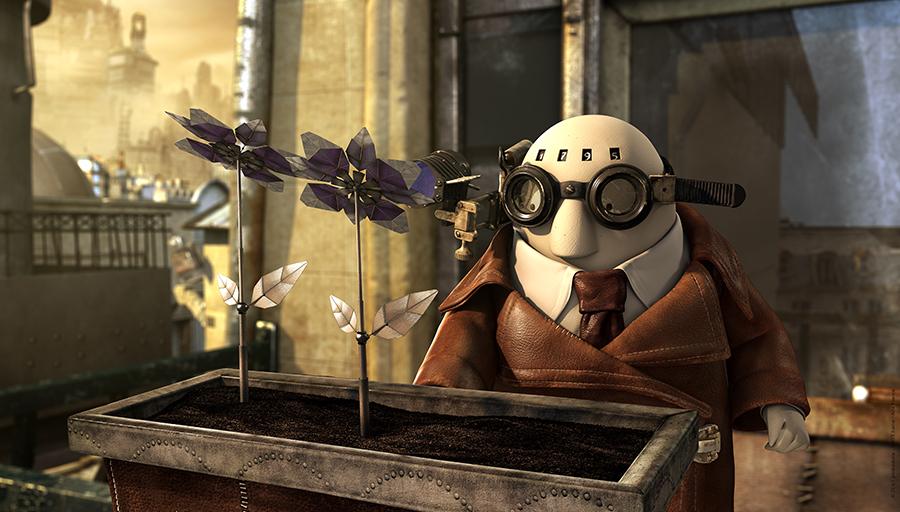 The Academy Award for Best Animated Short Film was introduced at the 5th academy awards. In its early years, Walt Disney won 10 of the first 11 awards given in this category, but lately the category has seen more competition from small-company, independent and even international creators. In this years lineup, we have yet another Walt Disney Animation Studios contender, but we also see that three of the five nominees are from foreign creators.

Although the shorts categories are usually pushed aside in favor of more popular, full-length films, they’re beautiful gems of thought and artistry that can stand on their own, and they may even be your ticket to winning your Oscar pool.

“Get a Horse!” directed by Lauren MacMullan starts out as a classic Mickey Mouse animated Disney short, but it incorporates a modern twist. It begins with a typical feud between Mickey Mouse and his rival Peg-Leg Pete. Pete is trying to capture Minnie Mouse as his own. As the story unfolds, we pan out and discover that their whole encounter is being played on a screen in a movie theater. While knocking around Mickey, Pete throws him against the “screen” which tears and throws him out of the black and white world and onto the other side of the screen where the world is animated in color with a 3D technique. As the story progresses, the characters hop back and forth between the two sides of the screen, cleverly using it to trick the other into some trap or another. In the end, the bad guy inevitably gets beat up and Mickey saves Minnie in a classic happy ending.

“Get a Horse!” is an interesting representation of the transformation of cartoon animation over the years. It pays homage to the loveable characters and recognizable story of classic Mickey Mouse tales, and incorporates its own interesting spin. Both styles of animation were beautifully executed, but the storyline seemed to fall flat. Its one gag, hopping back and forth between sides of the screen, seems a little repetitive once the same few tricks and hoodwinks appear a few times, but it merits a few chuckles for its ingenuity.

Room on a Broom

“Room on a Broom” is a story of a nice witch who travels around on her broom with her cautious cat. As things fly off her broom while she’s riding, she touches down to look for her possessions. She meets different animals who are lonely or outcast that help her along the way. Each asks the witch and cat if there is room on the broom to accompany them. The witch is too nice to say no, but the cat resists the newcomers with sassy remarks and gestures. By the end the broom acquires three new companions: a dog, bird and a frog. All this time the witch is being tracked by a dragon which finally catches the witch at the end and is what joins the cat and the other animals together to help scare off the dragon.

This short is the longest of all the nominees: clocking in at nearly 27-minutes. “Room on a Broom” is told as if it were a children’s book with a rhyming narrator and animated in a bright world full of simple colors. The world they travel around in is cute and done with a clay-like animation style. The characters are eccentric and witty, and even the adverse cat is still endearing and likeable. Overall the film was charming and sweet, but for a children’s fable with such a repetitive storyline, the thirty minute script seemed to drag on longer than it needed to.

“Feral” is the story of a boy found in the wild who has grown up learning animalistic instincts. A wealthy hunter finds him and takes him back to town to raise the boy as his own. The boy is resistant, and has trouble fitting in and fights his new authority and the strange habits of civilized life. Eventually trying to fit into the box he is being put into is unbearable for the boy. He rejects his clothes and tears them off, turning back into his feral form, running away from the city, untamed.

The initial response to the film might be one of confusion due to the immense amount of symbolism used, but the movie keeps you thinking and after a little while the symbolism becomes clear. “Feral” is an allegory for the idea that humans are all born as wild creatures. Everyone is an animal and society is unnatural, but kids are made to conform by their parents. While people are kids they are forced to act civilized by their parent’s.

The short was directed, produced and written by Daniel Sousa. The animation was colored on the spectrum of white to black and the style looked sketched. The background was often a solid color with characters juxtaposed on top of it. The visuals were what shined the most in this film.

Shuhei Morita’s film, “Possessions” is a story about Tsukumogami; the idea in Japanese that after 100 years old objects will develop a soul of their own. After a man finds refuge in an old shack, he encounters these living possessions. They are resentful that they have become neglected and broken over the years, but one by one the man fixes them and gives them peace.

The animation is an exaggerated 2D style with many bright colors. It played with exaggeration of features and movements of the characters. Although the main character was in a situation that were ridiculous, he takes it all very seriously. The character is a very big man with huge hands but he humorously has a scene where he’s sewing together fabric with ferocity and focus. The entire premise is kind of silly and Shuhei Morita knows this and embraces it, giving the story both an underlying depth and making it entertaining.

“Mr. Hublot” is a short film that depicts a man living in a futuristic, but decrepit world. In this world, everything is mechanized, including the living flowers and animals. The buildings in the town are tall, metal, and rusted. Mr. Hublot lives alone in his industrial, systematic world and is afflicted with obsessive compulsive disorder. He obsesses over order and accuracy until one day when he notices a stray dog shivering in the cold across the street. At first Mr. Hublot’s work is disrupted by the barking, but he soon grows used to the dog. When suddenly the dog is in danger of being swept up by a street cleaner, Mr. Hublot has to overcome his disorder to save the dog, and he takes the dog in to his home. From then on Mr. Hublot cares for the dog and helps it grow, while the dog helps Mr. Hublot overcome his obsessive habits.

The story is a heartwarming tale of a give-and-take relationship between a man and his dog. At some points the damage the dog causes to the house is enough to make members of the audience cringe, and although Mr. Hublot struggles with OCD, we watch him work to overcome it for the love of his companion. The animation style of the short is incredibly artistic and detailed, putting interesting texture, life, and shape into every surface. The incredible visuals and beautiful story make this film a fantastic watch, and a first pick to take home the Oscar for Best Animated Short Film.