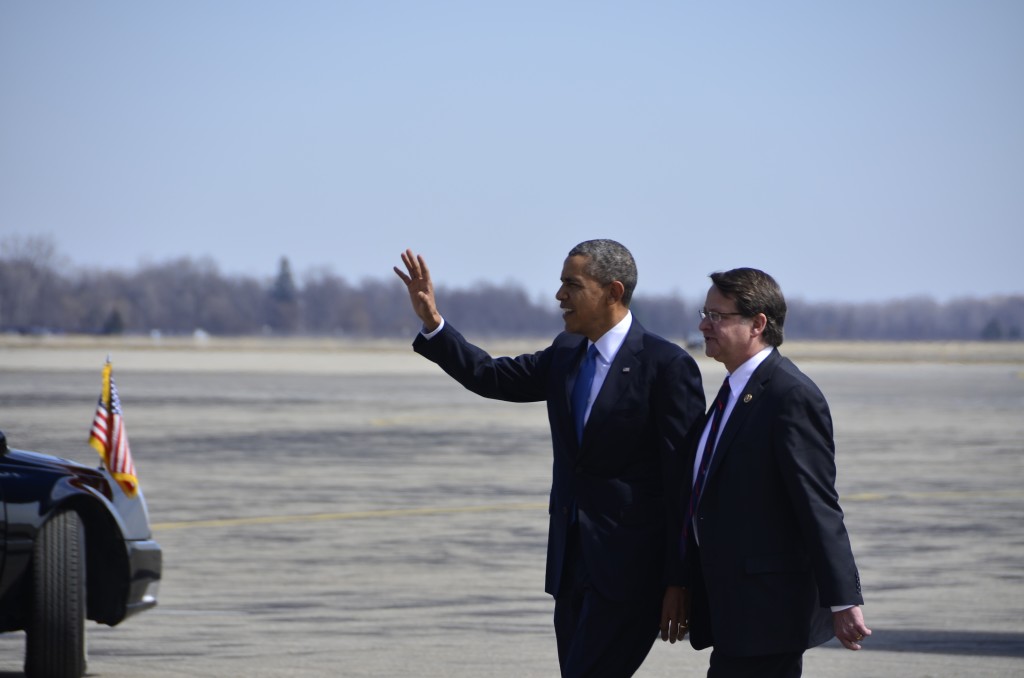 The President waves as he walks toward the motorcade.

Scheduled to arrive at 1:15 PM, President Barack Obama stepped out of Air Force One after landing at Willow Run Airport in Ypsilanti, MI. Mr. Obama spoke later that day at the University of Michigan in Ann Arbor about raising federal minimum wage.

Stay tuned today for more articles about President Obama’s speech. Follow @CHScommunicator on twitter to see our live tweets about the President’s speech.