“The Visit,” a Return to Form for Filmmaker M. Night Shyamalan 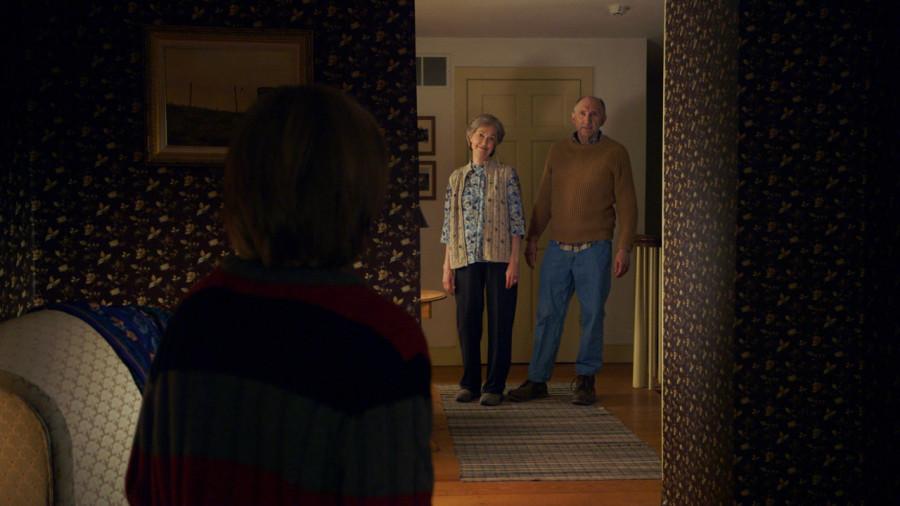 The grandparents in "The Visit."

In 1999, M. Night Shyamalan was one of the most prominent up-and-coming filmmakers in Hollywood. “The Sixth Sense,” a psychological thriller he directed, was the movie that got him noticed. Scaring audiences senselessly while also giving them some dramatic material to chew on, it was nominated for several Oscars in 2000, including M. Night for Best Director. He then went onto make “Unbreakable” and “Signs,” and, while not as big as “Sixth Sense,” still really struck a chord with both audiences and critics.

His next few movies, “The Village,” “Lady in the Water” and “The Happening,” all did nothing for critics and audiences alike. Later, he made “The Last Airbender,” a live-action adaptation of a well-known, fantasy animated TV-show. At the time, it seemed like a huge step outside of his comfort zone; it turned out to be one of the most flat-out embarrassing critical flops of the last decade. “After Earth,” a sci-fi movie starring Will and Jaden Smith, was his next project. Once again, this only added onto the evidence that Shyamalan was losing his touch, especially when he did random supernatural films.

In his latest low-budget feature, where he returns to his roots of horror, siblings Becca and Tyler are given the opportunity to visit their grandparents. This is peculiar to them since they have never met them. Becca, an aspiring documentarian, decides to record their week-long trip for curiosity’s sake. Once they settle in their grandparents’ farm, they quickly realize that something is deeply wrong with them and try to figure out what exactly that thing is.

The big and most unexpected highlight of “The Visit” is Shyamalan’s ability to bounce back and forth in between horror and self-aware comedy, especially considering that these two genres are on the opposite sides of the spectrum. Many of the scenes that set up horror are capped off with some sort of punchline. This technique is one that most other directors would likely not be able to pull off successfully. There are even multiple scenes, most notably the climax, that are simultaneously scary and funny. It’s odd seeing a director like Shyamalan, who is known solely for his horror and occasional self-seriousness in movies like “The Last Airbender” and “After Earth,” bring a lot of humor to the movie.

As it nears the end, a certain reveal in the story leads to a sudden, even jarring shift in tone from creepy yet playful to downright dark and insane. This could have been a major issue but due to how well the reveal is slipped to the audience, but it works tremendously well. Part of this is also because what we, as the audience, are seeing is collected footage of the entire incident so it feels natural and realistic that there would be a severe change in mood if it were to actually happen.

Where Shyamalan does slip up is when he barely convinces the audience that what they are watching is “found footage.” For a movie presented as real-time, recorded footage, it has the structure and dramatic beats of a regular horror movie. It is a fairly slight movie that won’t leave even half of the impact as some of Shyamalan’s earlier work, but it’s fun, amusing and has plenty of creepy moments.