The Highlight of the Year 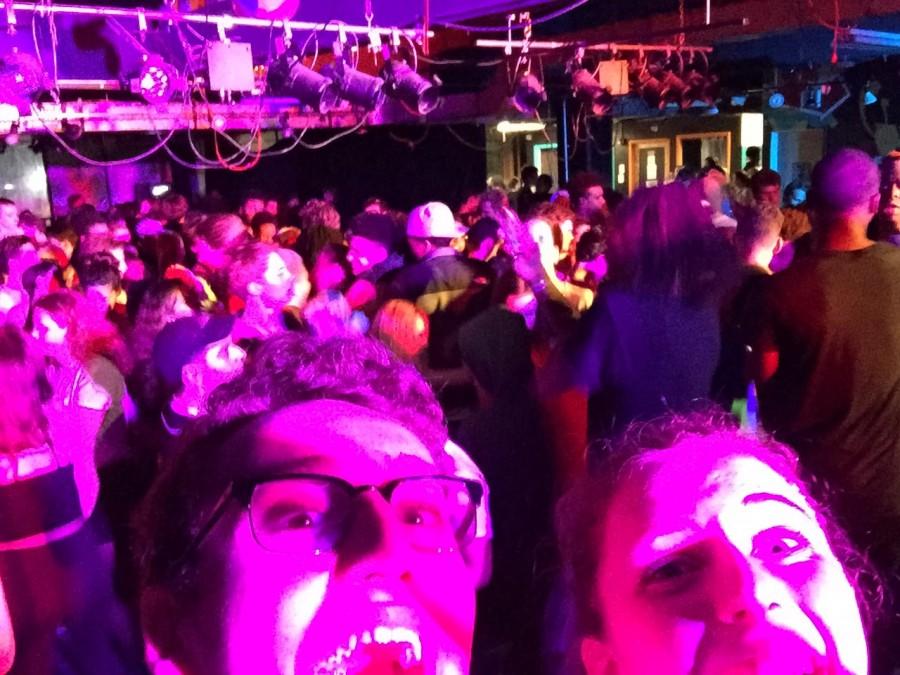 Joel Appel-Kraut and Eva Rosenfeld take a selfie with the crowd at the Highlighter Party.

Two hundred assorted neon highlighters anxiously awaited 7:00 p.m on March 4th. Moments later the doors of the Neutral Zone would be flooded by a throng of Ann Arbor youths. The fourth annual Live on Washington Highlighter Party was about to begin.

The Neutral Zone is a non-profit teen center that works to give teens a voice in the community. The organization offers many after school programs like “SEED” (Students Educate Each other about Diversity, and “Riot Youth” for LGBTQ kids. The Neutral Zone acts as a safe haven for teens who might not have anywhere to go after school. Free tutoring is also offered for students who need academic support.

The much anticipated event was a fundraiser for the arts and music festival, Live on Washington, a revival of a past Neutral Zone event called Breaking Curfew. Breaking Curfew was canceled because of the lack of financial support. L.O.W. is an opportunity for teens to showcase and celebrate their art and culture in the form of an outdoor music and art festival, located on Washington Street in Ann Arbor. Teen artists from the area were encouraged to submit their acts as video or audio recordings to audition for the event on June 4.

Guests sported bright eccentric highlighter designs on the dance floor that was flooded with black lights. The soundtrack of the night was mixed by Flashbulb Iris, an Ann Arbor native who now attends college in Montreal.

The party planners attempted to create an event filter on Snapchat to promote the party even further, but were rejected. That didn’t stop the innovative team of Live on Washington curators from  crafting their own. Positioned to perfection, a colorful cardboard cut out hung to the side of the dance floor where, if you stood in the right spot, would perfectly frame around your photo the same way a Snapchat filter would.

“We would have loved to have a Snapchat filter but this made it more fun,” said Joel Appel-Kraut, a member of the organizing committee. To further the excitement, everyone who added a picture framed by the custom “filter” was entered in a chance to win a Neutral Zone prize pack filled with t-shirts and other treasures.

Last year, the Highlighter party attracted a mere 275 people; this year, the attendance spiked with over 475 people through the door.  The magnitude of the party was so great that the doors had to be closed by 8:45. However, the doors were opened for short periods of time as people came and went.

Additionally, due to the dangerous amount of people in the building, the party was forced to end a half hour early, and still took until after 11:00 to clear everyone out. This year’s function yielded a net revenue of $2,400, a new record.