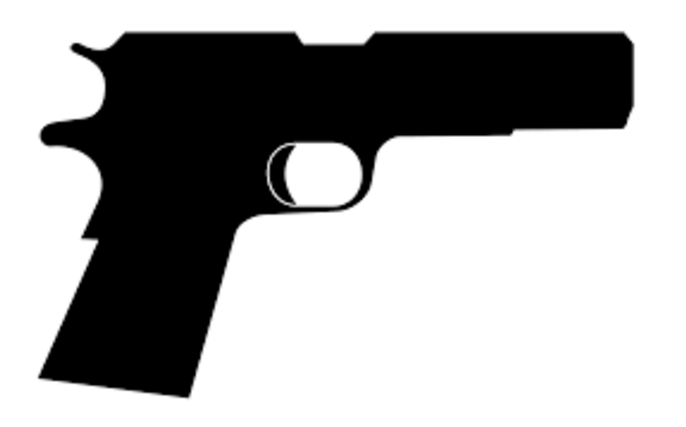 Jan. 7, 2013. Fort Myers, FL. A 27-year-old is shot and killed at the Apostolic Revival Center Christian School. Three days later a student injures two classmates with a firearm in Taft, CA. On Jan. 15 in Hazard, KY, a shooting takes place at Hazard Community and Technical College killing three. A 14-year-old suffers a gunshot wound to the head at a middle school in Atlanta, GA just one week following. This pattern continues through the month of January and the year; there have been 196 school shootings since 2013 in the United States.

While school shootings have taken place since the 1700s—the earliest documented case on school property occurring in 1764—some argue the first mass shooting of school children happened on Jan. 17, 1989 when Patrick Edward Purdy opened fire on the playground of Cleveland Elementary School in Stockton, CA. He fired 106 rounds, killing five children and injuring 29, before ultimately shooting himself. While the motive of many shootings is unclear, it is believed Purdy had a specified hatred against Asians, which the majority of the school was attended by. The incident was covered nationally across the U.S. and led to President George H.W. Bush signing an executive order in 1989 to ban the importation of foreign-made semi-automatic assault rifles in an effort to limit their availability in U.S. markets (Spooner, 2016). In addition, the Federal Assault Weapons Ban was signed by Bill Clinton in 1994.

The act expired ten years later when Congress did not extend it.

And the demand for assault weapons skyrocketed.

Granted, the AWB (officially the Public Safety and Recreational Firearms Use Protection Act, a subset of the Violent Crime Control and Law Enforcement Act of 1994) had many loopholes; according to the Washington Post, experts tend to agree it was ineffective. But with the exception of Columbine in 1999, the number of people killed in mass shootings did decrease while the ban was in place. It’s just questionable whether this was a result of the AWB or an irregular decline. However, studies have shown the amount of mass shootings per year nearly doubled after it was repealed.

But how closely are gun safety laws connected to school shootings? The CDC reports homicide is the second leading cause of death among five to 18-year-olds. Shootings at K-12 schools where the age of the shooter was known reveal 56 percent were committed by minors. Seventy-nine percent of the guns used were from either the shooter’s home or that of a friend/relative. For example, when 12-year-old Jose Reyes fatally shot a teacher and wounded two other students with a 9-millimeter semiautomatic Ruger handgun in 2013, his parents confessed he had obtained the gun from an unlocked cabinet above their refrigerator. This is not an uncommon case when it comes to shootings perpetrated by minors.

We have become highly accustomed to this all-too-familiar story. Had Reyes’s parents taken stronger precautions to owning a gun, his shooting could have been prevented. Similarly, in 2013, 6-year-old Brandon Holt was fatally shot by his 4-year-old neighbor, who was able to retrieve the gun from where his parents kept it: underneath their bed, loaded and unsecured. Three years later, Holt’s parents were awarded by a judge $572,588.26—their son’s monetary worth.

Everytown for Gun Safety Support Fund, a nonprofit organization that advocates against gun violence, reported that 95 children under the age of 18 had accidentally shot themselves or another person in 2016 by May alone. They found 278 unintentional shootings of similar nature happened in 2015; at least 100 took place between December 2012 and December 2013. That’s an average of two occurring per week. And between 2013 and 2015, an average of two school shootings took place at K-12 schools each month.

Yet shootings by minors only account for about half of school shootings. This suggests responsibility belongs to the gun safety laws in America. But again, such might not easily be the case. Katherine Newman, a sociologist who led a research team in a two-year study of school shootings, discerns that if a person is determined, they will find a way despite federal laws. It may not matter what rules are in place if a shooter, often mentally ill, is set on breaking them. So even under the assumption all said laws are rightfully in place, if people disobey them, how can we prevent shootings?

“…by ensuring that adults make themselves available to kids in completely confidential settings, reassuring them of their privacy when they take that risky step to come forward,” Newman wrote in Rampage: The Social Roots of School Shootings. “In the end, though, there will be troubled boys, and some of them will become killers. To the extent that we can capture the warning signals they send out to their peers, we can do our best to stop them in their tracks, even if we do not always succeed.”

According to two Gallup polls published in 2012 and 2013, more people in the U.S. believe mass shootings result from mental illness than easy access to guns; 80 percent of those surveyed consider mental illnesses to be involved in said incidents. (The technical definition of a mental illness is any condition that is listed in the Diagnostic and Statistical Manual of Mental Disorders.) This belief has helped shape our government. In 1968, congress passed the Gun Control Act, prohibiting the sale of firearms to anyone who had been committed to a mental hospital or “adjudicated as a mental defective” (Konnikova, 2014). Along with statewide measures, the National Instant Criminal Background Check System Improvement Act was then passed in 2008, further restricting gun access to people with mental illnesses.

Jeffrey Swanson, a medical sociologist and professor of psychiatry, analyzed the connection between mental illness and violent acts. Through research he found mental illness was only a factor in four percent of the incidents he surveyed. He found violent acts were more likely to be committed by those who were male, poor and abusing alcohol or drugs. These three factors alone could predict violent behavior with or without any knowledge of mental illness. He ultimately concluded while the connection exists, it is quite small.

“They showed us videos and they were reenactments of Columbine,” said FOS teacher Liz Stern. “It was really traumatic, honestly, because I think they had actual sound recordings of what went on. But it was just, it was too real.”

District staffers trained to act if/when an intruder entered the building and how to talk about the issue with students. In addition, meetings were held to inform parents of the new procedure, which centered around the idea to eliminate the concept that students became “sitting ducks” during a dangerous situation. Previously, students and staff were to remain quiet and stay in their classrooms, hoping for the intruder to leave the building. ALICE urged them to do everything in their power to not only stop the shooter, but escape.

“We were taught to evaluate the situation and decide to either get out of the school if we could, or if we had to, we could fight back against the attacker,” CHS senior Sean Tichenor said.

Over the intercom, Dean Marci Tuzinsky spoke to classrooms during drills, telling them where the shooter was in the building. If the gunman was on the right side of Community, for example, those on the left would have an opportunity to flee the building.

“The main thing they said…that was really shocking and horrible, is that kids were in the library and there were exit doors that said ‘DO NOT EXIT OR ALARM WILL SOUND,’” Stern said. “Kids could have gone out. And they didn’t. Because they were so programmed to follow the rules.”

We might not know the motive behind every shooting, the cause or what could have been done to prevent it. There are many cases in which all of these questions are unanswerable, rhetorical even. We can also ask ourselves how many children could still be alive today if parents locked up their guns; if we had harsher gun restrictions; and overall, when did this become an acceptable part of American culture?

“I keep my [classroom] door locked a lot more now than I used to,” Stern said. “I never used to keep my door locked. It was always open. And now I do lock my door, and close it.”