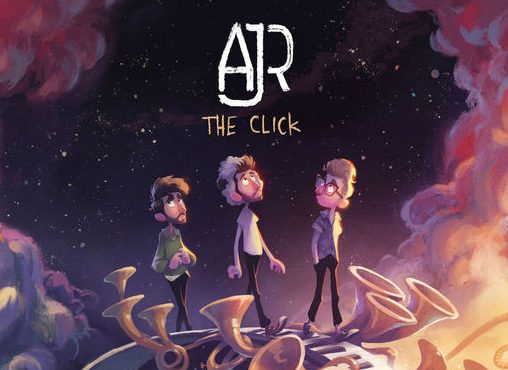 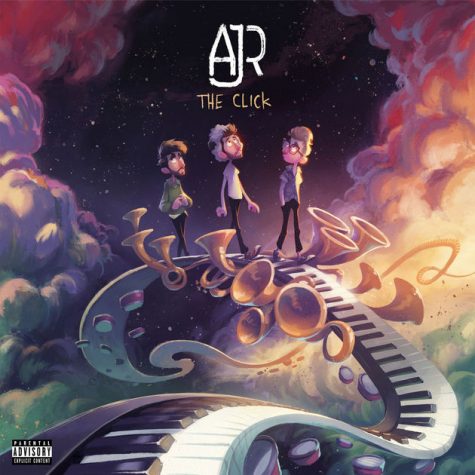 Most of the time if people are asked if they have ever heard of AJR, they have no idea who they are. But, recently the group has grown, giving themselves a name, going on two tours, as well as releasing their fourth album. Their fanbase has grown from a couple thousand followers to a couple hundred thousand followers.

“The Click” was released by Adam, Jack, and Ryan Met on June 9, 2017, by the band’s label AJR Productions. The band started writing songs in 2005, and got their first charted single five years ago called “I’m Ready”. They then brought attention to their song by tweeting it out to about 80 music artists, resulting in Sia Furler hearing it and inviting the band to join her on tour. From then on, they would release three albums and two extended play records.

When the band begins to write a new song, they begin with what emotion they want to be prominent throughout it, which is one thing that makes them so relatable to their listeners. For instance, throughout “The Click,” the band will shift the mood of the song dramatically from one to the next. They try and make an emotional spectrum of songs that their listeners can find so regardless of their current emotion, they will always have something to listen to.

One of the band’s most popular songs, “Weak”, was written in a self-deprecating manner that talks about giving into the temptations of society. Their biggest inspiration for the song was when they were in college, spending time with friends instead of focusing on their health and their education.

“In my freshmen semester at Columbia University, I would be working in my dorm room and would decide it would be time to go to bed,” said Jack Met. “Then, my friends would come in and say ‘Let’s go out and have some fun’. In that situation, it is so hard to say no, and so hard to stay healthy. So when all of us had that experience, we knew we wanted to write a song to commemorate it.”

One of my two favorite songs from this album is the one named, “Overture.” What makes this song so appealing to me is that is showcases what the album will look like. “Overture” is samples of different songs that will play throughout the album. However, “Overture” doesn’t just mash the other songs to a point where the other songs are no longer identifiable, but instead makes a new beautiful song out of the others.

“We started it out with this Kanye West, college dropout feel, then on top of that hip-hop vibe we added these big Disney violins, trumpets, and orchestral sound,” said Ryan Met. “For the finale, the most important goal was to be to pick out each sample, so that it wasn’t just this mish-mash of sound, and I feel like that’s what makes the finale so emotionally impactful.”

My second favorite song of the album is “Bud Like You.” I love this song because it sounds like a campfire song with the addition of EDM beats. Another reason I love this song is that it uses a technique that the band calls “Spokestep,” which is when they cut up the vocals over the beat of the song, the same way dubstep cuts up the bass over the song. This song is a relatable, catchy, and all around fun song to have going through your headphones.

While a few songs seem as if they are there to fill up time ー such as “Three-Thirty” ー  most of the songs on the album are a delight to listen to. I’d definitely recommend giving this album a try, as well as trying out some other AJR songs. It will be interesting to see where AJR goes with their music with future productions.