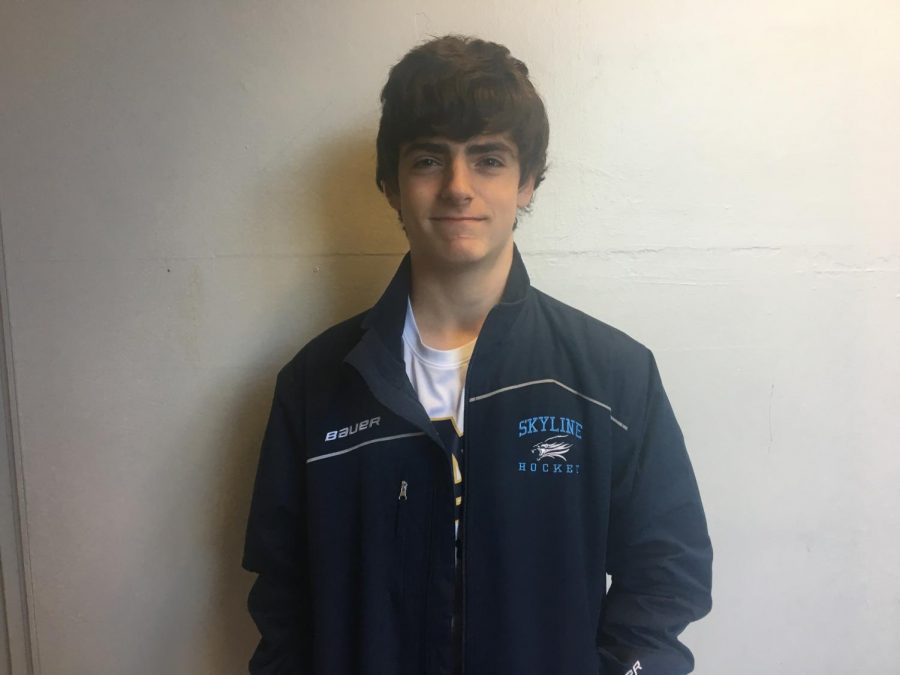 Name: Shea O’Brien
Sport: Varsity Hockey
School: Skyline
Key Terms:
Division 1 (D1):  highest level of athletics in terms of skill
When did you start playing? Why?
I started playing hockey when I was three or four. My dad was sick at hockey and I’m not so yeah it’s tough but he started me off really early and it was fun. I do enjoy playing, you move so fast- I can’t run fast, it’s one of my many barriers that I have to cross- when I skate I go really fast and its fun.
What is your weekly commitment?
I practice everyday and we play [games] on Saturdays, sometimes Tuesdays. [Games are] 20 minute periods, three periods, so about 60 minutes plus time outs and half time.
Most memorable moment?
When I was 11 or 12 I made the state semi finals and we lost in seven overtimes. It was just awesome! It was like a five hour hockey game after we were just dead. It was so fun – and we lost! But it was a lot of fun.
What is your worst moment in your career?
I used to be really short until recently; I grew like a foot in the last year. In eighth grade I went to this showcase in grand rapids and we played some big boys from Chicago and they just lit my [butt] up for three days and it was awful and I hated every minute of it.
What do you want to do in the future with this sport?
With hockey, there is no future. I love playing, I love playing for skyline, my buddies all play so it is a good time, but I don’t know if I’m dedicated enough to do club hockey and I’m definitely not good enough to go D1.