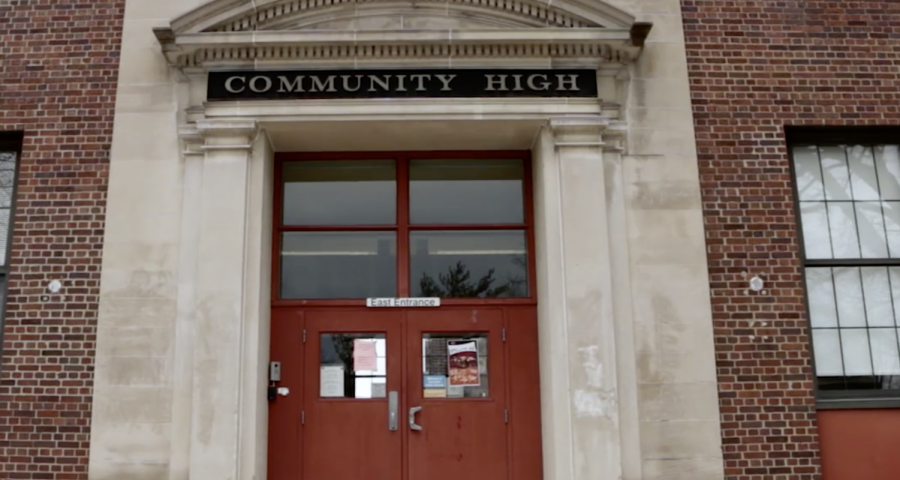 “This short video follows the Community High School Jazz Band performing at the opening gala of the North American Auto Show at Cobo Hall in Detroit, MI on January 13, 2017. It features two students, Clarence Collins (trumpet) and Danny Freiband (guitar), loading up their gear, navigating to and through Cobo Hall, setting up, jamming at the show and considering various aspects of preparation along the way. Additional appearances include CHS Dean Marci Tuzinsky and CHS teachers Jack Wagner and Judith DeWoskin.

Since 2011, the CHS Jazz Band has performed at the opening gala of the Detroit Auto Show. Although the musicians are only in their teens, each year they impress audiences with their advanced musicianship and poise as performers. The students make it look easy, powering through several hours of jazz standards and covers, but playing such a high-profile gig takes serious preparation and confidence. Under the guidance of Jack Wagner, CHS Jazz Ensemble Director, these students spend countless hours honing their craft and often testing their music chops with real-world shows.

The lead editor on this video was Emma Hoffman, a Junior currently attending Community High School, working with 7 Cylinders Studio as part of a Community Resource (CR) class credit. Emma’s serving as an assistant editor on the feature-length documentary “Welcome to Commie High” (working title) independently produced by 7 Cylinders Studio [7cylinders.com/commie-high/]. In addition to editing, Emma’s received hands-on post-production training and in-the-field production experience as part of her CR. This real-world approach to education is one of the founding principles of Community High School.”