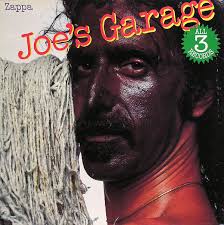 Watermelon in Easter Hay by Frank Zappa is considered one of the most exceptional guitar solos of all time. Written in the winter of 1979 by Frank Zappa, Watermelon in Easter Hay is a tearjerker and an emotional joy ride. Starting with a robotic monologue explaining the story of the Guitar Solo, which is a song written by the album’s main character, Joe, he follows with almost eight minutes of magic, with a catchy tune and amazing effects. I was introduced to this song years ago by my father, who adores Zappa’s music. While listing, it reminded me of so many things, like love and happiness. That is what makes a song beautiful. As the song begins, you may overlook it, as it is quite creepy and misleading. However, as the guitar comes to fruition, you’re put in a trance and the music takes over. The fast-paced riffs and the repetitive chorus is enlightening and you can’t stop listening.

The riffs may seem simple, but the complexity of Zappa’s work is underrated. The music is produced in such a way that sound effects match with each note. After the monologue, there is no speaking, only music, and this is refreshing and different. Zappa didn’t need lyrics to create a mesmerizing piece.

As you listen, think. It is the best way to take it in and that was Zappa’s intention. It is going to be different and you need to be ready. This song will remain a favorite of mine forever, and I hope it has the same effects on you.