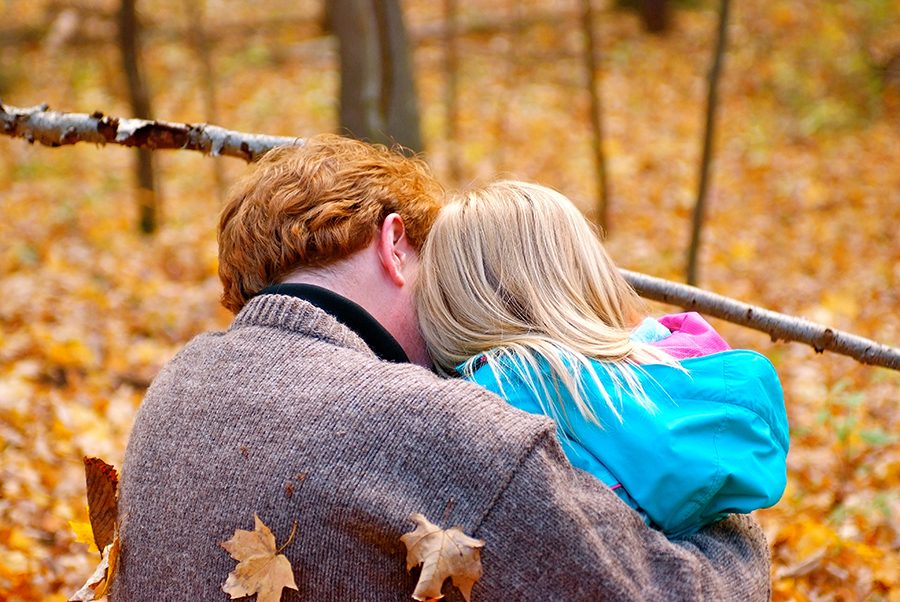 As humans we naturally expect the worst. We channel our fear, attempt to premeditate every failure or pain in order to protect our hearts, to protect our lives. But no matter how much we try to brace each individual fall, some things can never be expected.

It was a normal day, just like every day seems to be. I woke up at my friend’s 12th birthday party to the ringing of a phone. I gathered my things and found myself back at home, sitting in my living room with my mother’s hand pressed against my knee. Her eyes were puffy and tired, and I could sense the cloud of sorrow looming in my house, as if the sky outside was my ceiling. My brother was sitting next to me, my step-dad sitting nearby.

My mom and step-dad had been visited by a police officer very early that morning. My dad had died, that Sunday, by suicide.

To me, he was a photographer, a Sunday morning pancake-maker, a Wii bowling champ, a runner, a cat-lover, and my knight in shining armor. And that is how I will always remember him.

That is who he was.

But he was also hurting. His depression was consuming, his alcoholism was worsening, and his children, the light of his life, were being taken away. In the last six months of his life, my nine-year-old brother and I were only able to see him during supervised visits. Being twelve years old, I wasn’t aware of his pain.

One of the hardest parts about dealing with loss is realizing there are a million things, and more, that will now never happen.

I will never walk downstairs and see him making pancakes; he won’t be there when I leave for college; he won’t walk me down the aisle; I will never feel his arms around me, hearing the words, “I love you, Bubbles.”

I was forced to say goodbye to an entire life I once imagined — one with him in it.

I was reminded of these things, and my loss, daily. The mention of suicide made me bawl my eyes out, and hearing suicide jokes brought an unfamiliar rage. Seeing father-daughter moments, hearing references to death or dying, listening to the music he used to play, or being alone with my thoughts, it all hurt. Existing hurt. I dreamt that he would come back to me, but he never did.

Through it all, the world around me moved on. It was shocking to see the strangers on the street and in my classes living just like normal, because for me, life was anything but. Largely, this is what taught me to be understanding. Every day that I live my regular life, I am one of those strangers to someone facing hardship.

Over the next few years, I learned to live. I truly came out of it stronger than I had ever been, but not without repercussions. Change, as a whole, is more difficult for me in every sense. I see moments as finalized, because I am more aware that nothing happens the same way twice. I can’t help but miss the things in my life that I know are over, to a much greater extent than the people around me seem to: making transitions, break-ups, and even small things like saying goodbye harder than they should be.

It remains the hardest thing I have had to deal with, and will probably continue to. Regardless of the cliché, this has truly made me who I am.

You left me, Daddy. But I forgive you.