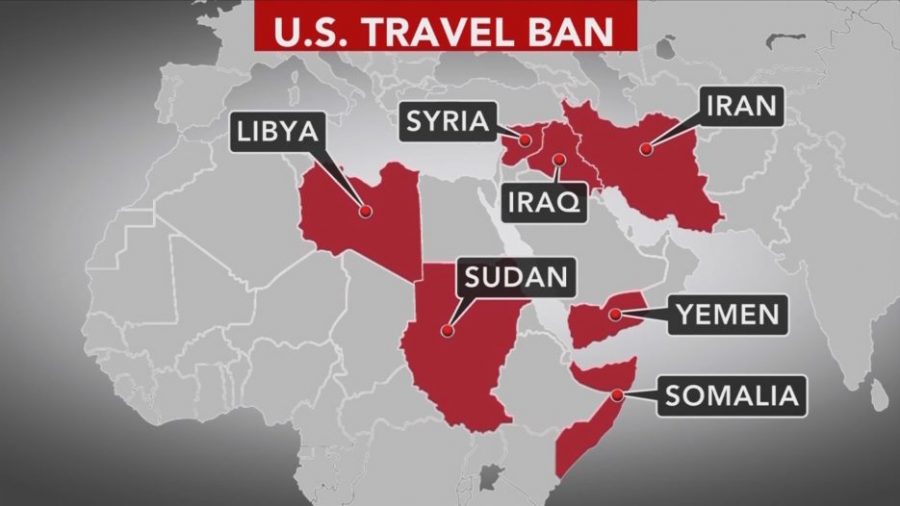 On April 26, the Supreme Court heard arguments on the legality of the latest iteration of President Trump’s notorious travel ban. This ban is a series of executive orders that seeks to constrain the entry of people from eight predominantly Muslim countries into America.

Legally, historically, and morally, this ban is wrong, and we can only hope the Supreme Court agrees.

First of all, this ban isn’t legally sound. The main argument for instating this ban was that the Immigration and Nationality Act of 1952 allows him to ban any nationalities or peoples he sees fit. This act, however, was written in the anti-Communist hysteria that surrounded the Cold War and was created to bar the admittance of spies and other subversives from entering the country. Previous presidents used this sparingly, and it was never intended as a justification to block entire religions.

Besides, using this understanding of this decades-old law would imply that the President has the power to modify certain parts of immigration policy, without calling for new legislature — something called a “line-item veto.” But the Supreme Court, in its 1998 ruling of Clinton v. City of New York, ruled line-item vetoes as a violation of the separation of powers — an idea fundamental to our democracy.

This ban, historically, has precedent as well. It references the Alien and Sedition Acts back in 1798, under John Adams’s presidency. These acts, a blatant attempt at suppressing opposing voters, often immigrants, were mostly repealed — except for the Alien Enemies Act. This law was revised around World Wars I and II and was used to imprison dangerous people from enemy countries. It has even been used as a defense for this travel ban; a precedent for targeting specific immigrants.

But if that is used as a historical defense for the ban, what about another historical precedent of racial or nationality-based targeting from a similar time period—the infamous internment of Japanese peoples. Many realized that was wrong then, and eventually the US government formally apologized — but not before it caused thousands of innocent people unnecessary hardship and anguish. Is this really the precedent we want to follow?

Finally, we need to consider the morality of this ban — or lack thereof. No matter what excuses the president might offer, you can tell from comments and tweets that this is really a badly disguised Muslim ban — an attempt to block a particular group of people from entering our country. The very idea of this ban violates everything that makes our country special. One of our founding principles, the First Amendment on our Bill of Rights, is freedom of religion. How can we honestly claim to believe in that when we are attempting to exclude the residents of several nations based on their religion?

Also, the US has for a long time prided itself on being a “beacon of hope” to the world, an example of freedom, a safe haven. Our Statue of Liberty’s inscription says to “send these, the homeless, tempest-tost to me.” We’re supposed to be a safe haven for immigrants and refugees. Is this travel ban really fulfilling this tradition? Is this what we want to be remembered as?

When the Supreme Court makes their verdict on this pressing issue, I can only hope they consider not just the unconstitutionality of this ban, but also on how we want to be seen by the world.