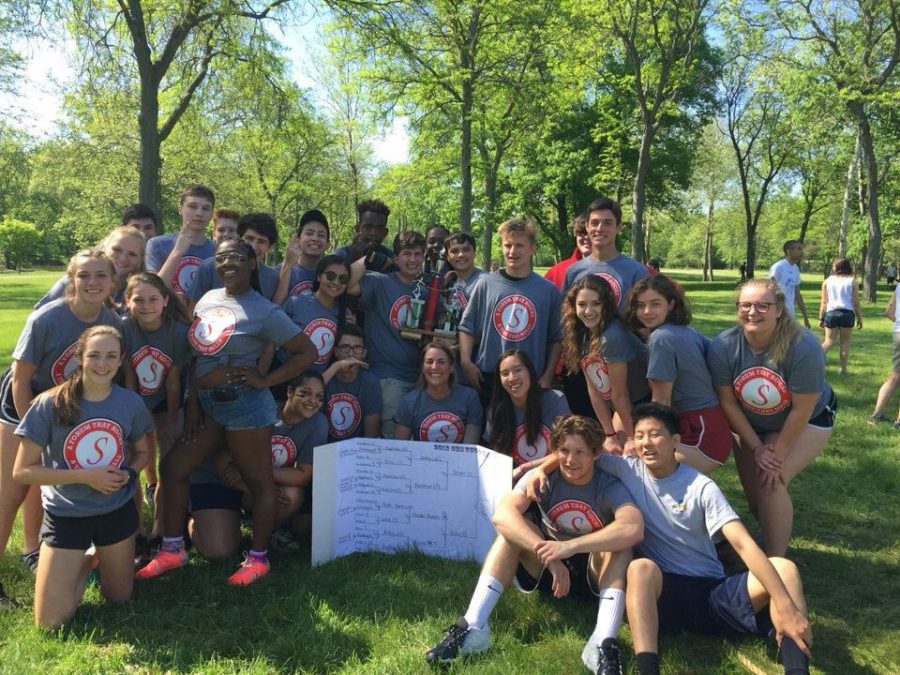 When the weather gets nicer and the days get longer, things change. Teachers open their classroom windows, students hang out on the back lawn during lunch, and people start looking forward to the opportunity to relax and have fun during summer break. Community gives its students that very opportunity near the end of the school year on Field Day. Friday, May 25 marked the long-awaited day filled with fun games, good food, and forum pride.

A late start kicked off the day, with school buses arriving at nine o’clock to transport the students waiting with their forums on Community’s back lawn. About 20 minutes later, everyone had arrived at Delhi Metropark and had split into their forums. After having unpacked and set up their hammocks and food, everyone congregated together for the beginning of the forum-versus-forum games.

Starting off the games was the infamous tug-of-war championship, with two forums competing and the rest building up the hype on the sidelines. It was a tough competition, but the four strongest forums—Mankad, Haidu-Banks, Stern and Kiley—were the final four contenders, with the latter two advancing to the final match. The tug-of-war champions this year were the members of the Stern forum, who were presented with a big, shiny trophy after pulling their way to success. This year marks the first time in three years that the Stapleton forum has not won the championship.

Next came the relay sprint, in which eight members of each forum—four male and four female—competed in a series of four-way relay races, with each of the eight members of each forum sprinting to and from an orange cone located a couple hundred feet away from the starting line. Only one forum from each of the four races moved to the final round, which consisted of the Mosher, Thomas, Haidu-Banks and Mankad forums. The speediest forum, Haidu-Banks, took the number-one spot in the final round, narrowly winning against the Mosher forum.

Finally came the endurance round—the mile run. Forums competed again in an event that involves speedy running—but this time, on a slightly larger scale. A couple members from each forum entered the race, meaning that numerous competitors were all striving for the same goal. However, only one reigned victorious—Axel Hiney of J. Johnson forum.

After the games had ended, everyone went back to their forum’s picnic tables to eat lunch and socialize with people from theirs and other forums. Some people gathered in a field to play sports, while others joined a game of “groundies” on the playground or relaxed in their hammocks. After a couple hours, it was time to clean up and leave, and by two o’clock everyone was once again standing on the back lawn at Community.