The place that teaches me what school can’t 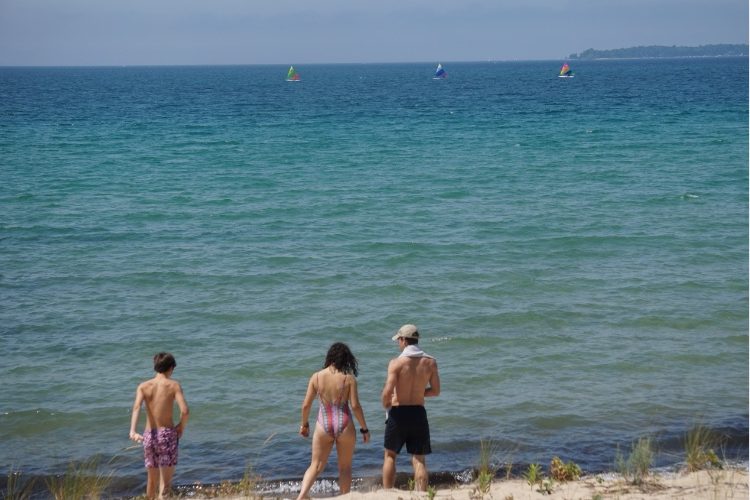 As I rushed to my cabin, late for the swim test, I knew this time around would be different. Quickly, I changed into my red one-piece and ran over to the buddy board, rushing my parents to leave the camp grounds with hugs and kisses.

This summer I went to Camp Al-Gon-Quian for a month. The first two weeks were spent laughing, screaming, running, loving and much more that is impossible to explain. These two weeks were what people at camp called the “calm before the storm”. The storm was the class of 2021 coming to camp — 66 of them to be exact. They were all coming for the same reason: to be Leaders in Training (LIT). As a LIT you do more than a regular camper and are treated more like a counselor.

I went to camp knowing it would be a fun experience. But, surprisingly enough, I learned more about myself within a month at camp compared to my whole freshman year.

One counselor who I’m particularly close to and have known for a couple of years is Xavi. Conversations went on for hours with him; he was interested in what my friends and I had to say. He treated us more like friends than random campers that he was paid to watch. I opened up to him and told him my problems throughout the week. He was able to help me.

I learned how to feel true emotions at camp. The excitement of evening activities, the heartbreak of leaving, and the moments of complete contentment that feels like a movie.

Each session there’s one campout. In past years my cabin has gone to a site around the camp grounds and made hobos, played games and slept in sleeping bags. When campers become LITs, they leave at lunch and come back the next morning. The counselors didn’t tell us where we were going but told us what to pack: pajamas, bathing suit, towel, water bottle, sleeping bag and pillow. We staggered our times to leave, making the counselors drive back and forth to pick up more kids. I was in the first group with my cabin, Cabin One, and a boys cabin, Yellow Cabin (YC). We went into Petoskey, singing pop songs and rapping along to the classics. Our cabin was told to wear our bathing suits there and the boys never got the memo; they went over a hill behind trees and changed while all us girls ran into the water right away. It was clear, beautiful and freezing. The boys brought a football and allowed me and my friend Presley to play; we surprised them with our catching and throwing skills.

Other groups started pulling up and a counselor thankfully brought a speaker with them and we started to jam out. We stayed on the beach under the sweet sun for five solid hours. Within that time a group of girls and guys were allowed to venture out and look at all the houses, they were gorgeous. “Last one back is a rotten egg,” Ellis shouted, a former LIT at the same time I was and we all sprinted back to find that another group had joined us.

Later that night, we went back to the lake during the sunset. We all ran from the campground to the lake through the woods and threw our stuff onto the warm sand. Pushing each other, we all went far into the water. One of the counselors, Dom, screamed, “Shower time!” He brought out this biodegradable soap for us all to wash our hair with. Everyone smelled like lavender within minutes.

Dom and another counselor, Wouter, began to wrestle in the water and we all surrounded and splashed them, making them fight back at us. The boys held them back from each other and we all were screaming, “Fight, fight, fight!” Everyone started to wrestle and splash each other; it was as if I was watching a movie. It was a group of 60 people, all with different stories brought together. It’s crazy how this happened and how much I miss it.

I learned that this kind of happiness and love is possible and what to shoot for.

Mustard fights, haunted house, trail rides, talks with Xavi, pictures with Serena and laughs with 60 people at once is what I shoot for; this type of happiness.