Akamonkai: an alumni association for a university 10,000 kilometers away 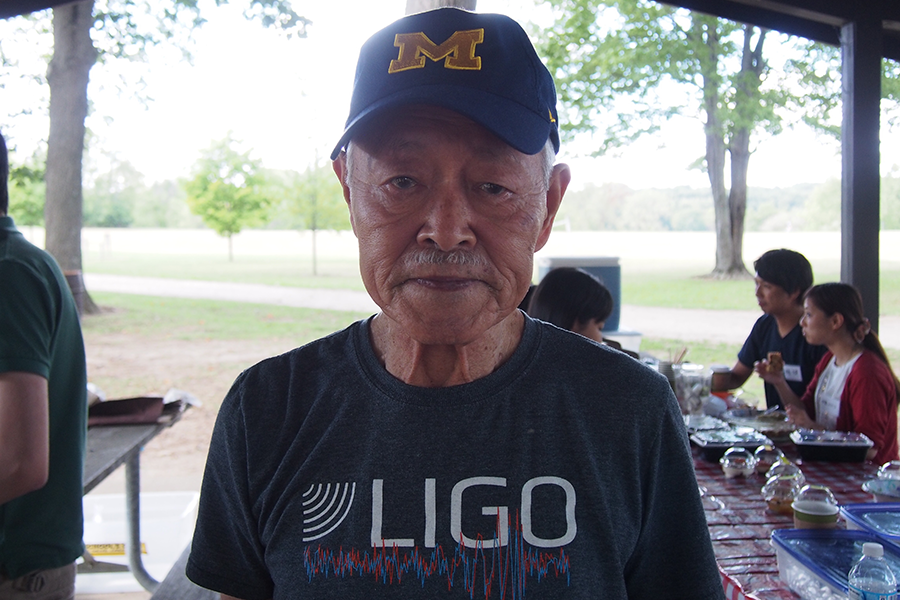 Dr. Tomozawa, nearly 90 years old, remains an ever active member of the physics community. He proudly wore his t-shirt of LIGO, the observatory that confirmed the existence of gravitational waves.

“I just got bored living in Tokyo,” Mahiro Takeuchi said. “I wanted to escape my previous life.”

When his company pushed him to gain his Master of Business Administration (MBA) degree abroad, Takeuchi considered the eye-catching universities in London or on the West Coast. He ultimately chose the Midwest and the University of Michigan.

“I considered going to California but again, I’m not the person who can enjoy the West Coast sunshine,” Takeuchi said. “I wanted to live in a more rural, not city area.”

After picking up the sizzling meat and the buffet of dishes, the attendees settled into the benches.

Each person provided a quick introduction to the group, starting with Koichi Inaba who organized the event. While their backgrounds — engineers, businesspeople and scientists — were across the board, the members found it easy to strike up conversations with each other.

As evening encroached, the group restored the park shelter to what it had been four hours ago, making sure what was not discarded into the rusty trash drums of the park headed home in the back of a car. The group bowed in unison and strolled along the line of trees tracing towards the parking lot.