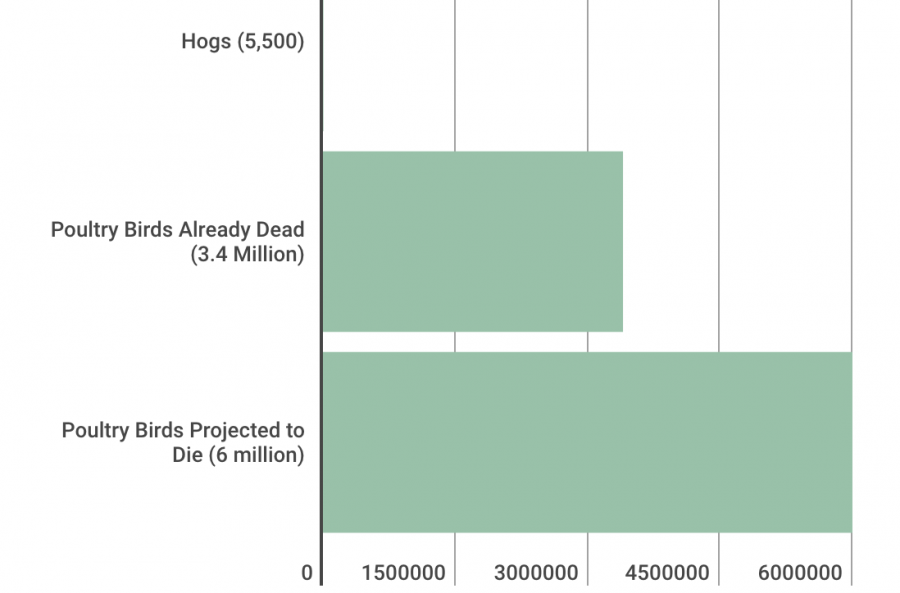 By that time 3.4 million chickens and 5,500 pigs were already lost to the storm, according to the Washington Post. The crowded facilities in which these animals are stored are left to flood, while still filled with farm animals.

As the carcasses of livestock degrade, they release toxic chemicals, fluids and gases, according to the U.S. Department of Agriculture. With thousands of these bodies floating in flooded areas and seeping into the ground, there is concern that drinking water will be affected.

Animal rights groups and activists like Liz Jones have traveled around affected areas looking for surviving animals to bring to safety, but finding mostly carcasses floating in flooded areas.

“Barns were tightly secured to prevent animals from escaping and potential rescuers from entering,” Jones said. “Thousands of bodies still remain locked inside these sheds.”