Every part of me: Chloe Root 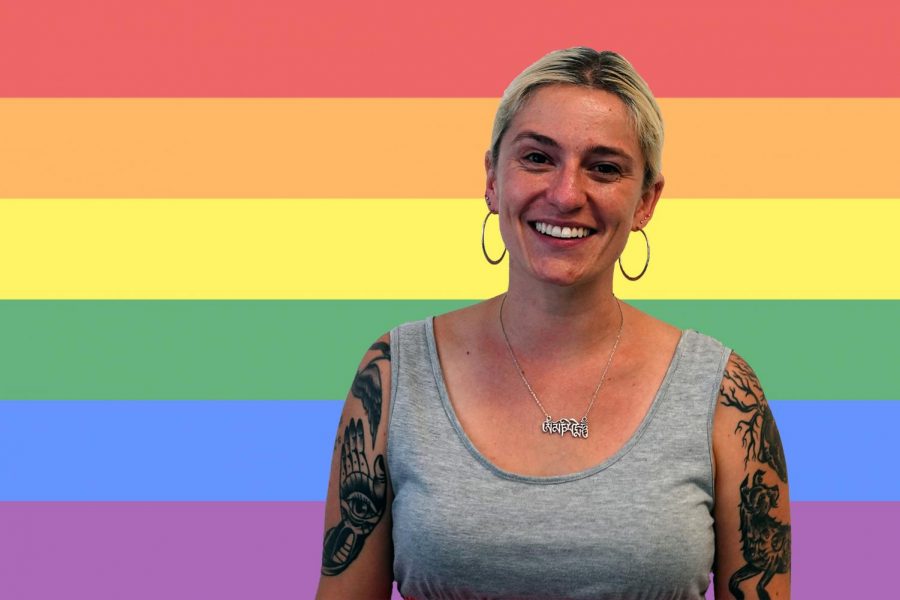 Chloe Root was walking down a public street on the way back from reading a poem for Pride Month in Providence, Rhode Island the last time she called a “dyke”. A group of guys pulled up next to her on the road and began to yell slurs at her. She remembers being worried that they knew who she was, and was therefore in danger.

“That was really scary,” said Root. “I remember feeling upset and really powerless, not really knowing what to do about it, and wishing I had something I could say back that would give me some power in the situation that would diffuse it. I think I went into a store, because I was like, ‘I need to not be out here, [not be] vulnerable.’”

A couple of years later, when applying for teaching jobs, Root, afraid that she would not be hired because of her queer identity, wrote two different resumes.

One included leadership position she’d had coordinating her university’s Pride Month—the one she described as her “Yay I’m gay!’ resume—and the other didn’t make any mention of her work with pride, or other activities that might indicate her sexual orientation.

“I didn’t like the idea of [writing two resumes] because I really didn’t want to work someplace where I couldn’t be out, but at that point, I also felt like, I’m getting my first job, I can’t be choosy about it,” said Root. “If it’s going to be a matter of supporting myself or being out, I’d like to get a job and then eventually, hopefully I can be out, but I don’t want that to be a barrier between me and the job. It sucks when you have to do something when you’re thinking about self-preservation and you end up perpetuating the systems that you hate.”

However, there was never a need for Root to use her less revealing resume. She only interviewed in Ann Arbor, then was hired at Community, and she is glad she is not working at a place that she feels as though she is concealing a part of her identity.

“It’s more that I don’t want to have to hide some part of my life from students than an active coming out as a political statement,” said Root.

Root also thinks that it is vital for a school to house visible LGBTQ staff. When she was growing up, it was important for her to see non-straight adults, because it helped normalize that lifestyle.

“Seeing people who are LGBTQ who are healthy and active and taking care of themselves and having relationships that are the kinds of relationships you want to have makes it so you can envision that as a possibility for yourself,” said Root. “It makes that normal.”