Every part of me: Ada Janson 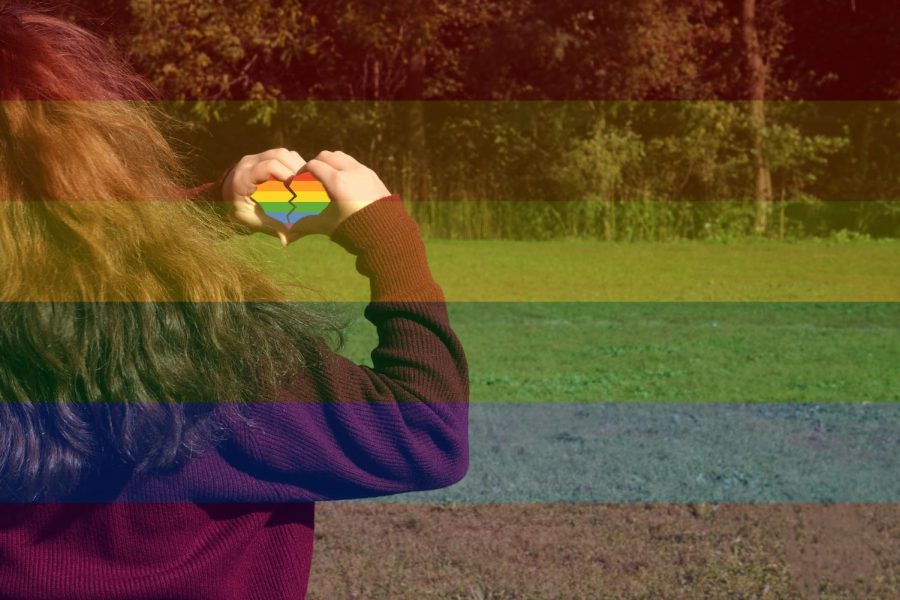 Ada Janson* sat in her grandmother’s basement with her extended family, talking with her cousin about how odd the grade below her was, with their dyed hair and their anime. Her cousin said, “Two of them are,” then paused to look over both their shoulders and lean in with her hand over her mouth to hide the ugly word she was about to whisper into Janson’s ear.

“It was just kind of jarring to think that I see me as normal, as just a person, and [if my extended family knew I was pansexual] they would see me as almost a swear word,” Janson said.

Even though Janson loves her extended family, she is not sure they would support her if they knew about her sexuality, as they are conservative and lean Republican. She spends a lot of time with them, but what she is keeping from them puts up a boundary in their relationship.

“[Their political views] make me feel like I’m being an awful person,” Janson said. “They undermine the confidence that I’ve worked on and how comfortable I am with myself.”

Janson is also wary of coming out to her peers because some of her female friends changed the way they act around her when they know she is pansexual.

“[That makes me] uncomfortable. It changes how I act around other girls—I don’t touch people unless they touch me first, I tend not to be very outgoing. It just makes me uncomfortable and makes me feel like I’m not being myself around a lot of people.”

Janson doubts that if her immediate family knew she was pansexual it would change much in their relationship and wishes she could. However, she still does not feel ready to come out to them.

“I know it’s not really going to affect my relationship with them, but they might feel differently about me,” Janson said.. “I’m scared about how they’ll react.  I don’t want to change the dynamic.”

Janson lives in a reality where she occasionally overhears her mother bashing a gay family friend — calling her sexual orientation a phase — and feels as though she can do nothing about it. She wishes she could talk to her family about her sexuality but isn’t willing to take the risk.

“I’m pretty confident with my sexuality and who I’m attracted to, but sometimes it makes it difficult because I want to have that open relationship with my family and be able to talk about who I’m attracted to,” said Janson. “Right now I feel like I have to hide every second, or else they’re going to do something — like they’re not going to like me anymore, they’re not going want to interact with me anymore.”

*name has been changed to protect anonymity