A puff from the past 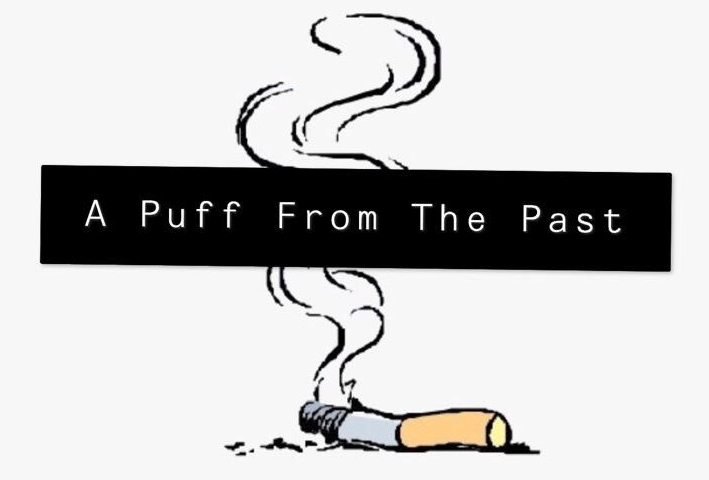 In a dorm room surrounded by pressuring friends and roommates at Central Michigan University, 18-year-old Kathy Scarnecchia placed a cigarette between her lips for the first time and smoked it. She inhaled and puffed out the smoke continuously throughout the night, to later have the event go completely silenced.

It was 1977 and smoking cigarettes as a teen had been so widely accepted it was like a ritual.

“It’s totally [the] opposite now,” Scarnecchia said. “Smoking was something done everywhere. In restaurants, the theater and sometimes even the library.”

Smoking has taken a toll over America for decades. It is unhealthy, pointless, and does nothing except change how your peers view you.

The 1950s was America’s high horse peek in the fascination of smoking, with a total of 45 percent of Americans who smoked [According to Gallup News]. And during Scarnecchia’s teenage years (the 1970s) the American smoking percentage was down to 32 percent.  Fortunately, smoking rates continued to gradually decrease throughout the coming decades. Now, that’s changed.

Just like Scarnecchia’s pressured, unforgettable experience, a large percent of the country’s unnoticed smokers are Teenagers.

The percent for smoking teenage Americans was at one point as low as seven percent. However, thanks to new smoking devices like vapes and Juul, the rate of teenage smokers are starting to gradually rise again. Today in 2018, smoking rates for teenagers have risen to 20.9 percent.

“I can’t believe it’s [smoking rates] getting higher,” Scarnecchia said. “Thought for sure that they would just stop.”

“There were kids that smoked in the bathroom at high school,” Scarnecchia said.

“They were girls like me. They were also the same age as I. We (Scarnecchia and friends) used to joke about them cause they acted like they were cooler than others.”

At Scarnecchia’s high school, teenage students who committed themselves to smoking were allowed to smoke out of a classroom door or on the property outside of the school.  Staff members at the school were also permitted to use a room dedicated to smoking. What now stands where the room was is a gym.

“We would always laugh [at the teachers for smoking] because it was like ‘Look! there are the smokers,” Scarnecchia said. “I can’t remember, but we used to call them some type of name too.”

Today’s rate of high schoolers smoking is only 12 percent away from being equivalent to how many people smoked in the ‘70s. It’s ironic, considering that graphs and charts made in the ‘80s that were predicting future smoking rates guessed that within the next decade of now, we would be close to having a percent of zero. You can definitely say that this surprising change has taken two steps forward and five steps back.

This brings us on to present day teen smokers.

Juul is an electronic cigarette company that was founded in 2017. The e-cigarette was made as a smoking alternative for people who want to quit smoking. The design was meant to be more portable than previous e-cigs and can be charged like a flash drive on a laptop.

Even though the devices are marketed towards young adults, they are mostly used by teens.

You can’t blame them either. Juul products and other e-cig companies contain features that are mostly enjoyed by younger crowds like teens.

E-cig companies have produced flavors that younger crowds are drawn to, like coffee, sour candy, gummy bears, alcohol and mint.

The way these devices are charged is also aimed towards young crowds. Juuls, vapes, and other e-cig products are electronically charged. Juuls, in particular, were designed to look, and continuously re-charge, like flash drives. This makes it easier for teenagers to charge their devices in front of their parents, guardians, and ever teachers at school without them knowing that they are smoking devices.

The devices are easily in reach for teens as well. Juul and e-cig products are available online for purchasing. The only procedure taken if someone purchases them on the internet is for you to state you’re 21 or older. No contracts, no tests, just a one-click checkbox anyone can click on with or without telling the truth.

A true difference between today and Scarnecchia’s past.

“When I was that age, ‘at home computers’ didn’t even exist,” Scarnecchia said. “The fact that people can be clueless to their children using harmful products is stunning.”

With nicotine products so easily available to teens, easy to have adults not recognize, and distinguishing flavors, it’s no wonder the teenage smoking rate went up by nine percent in less than a year.

“It was easier yet harder to get your hands on smokes,” Scarnecchia said. “The  places you could buy cigarettes were more exclusive than ever. You could go to the bar, the grocery shop, restaurants, the gas stations, pop-up stores, and even cigarette dispensers. However you still had to prove you were 18, unless you were buying them for someone else. ”

It’s fascinating how at that time places that sold nicotine products were in so many places. Yet today they’re not in as many.

It was not the only  thing that has changed too. How the school systems treat smoking has had a big adaptation over the years.

“When I was in [high] school, it was ok to smoke during school,” Scarnecchia said. “You’d be called names, or talked about, but your teachers wouldn’t care. They just wanted you to stay at school. Even if you were smoking on school property you’d still be in school, and that is all they want.”

Now, most schools nationwide would punish students with detention, suspension or even being expelled for using nicotine based products on school property.

“It’s crazy,” Scarnecchia said. “Schools have gone from allowing students to smoke because they’d stay in school, to taking them out of your school for doing the same exact thing.”

Since e-cigs became popular, a lot has happened. From converting to old school cigarettes to having technology based nicotine products, no one truly knows if this new adaptation has been for better or worse.  With intriguing flavors, smaller designs, and a place like the internet where you can buy them whenever you’d want, it’s no surprise that teenage smoking rates have risen. Even though e-cig products have been made to help young adults quit smoking, they’ve also contributed to teens who have started to smoke.

Even though our country was heading down a path where we destin to have little to no smokers. We have been proven wrong by ignoring our teenagers’ actions, and by skipping over the effects of e-cig products. It truly shows it’s important to take more precaution from the past and present to prevent possible mishaps for the future.

Take a puff from the past.