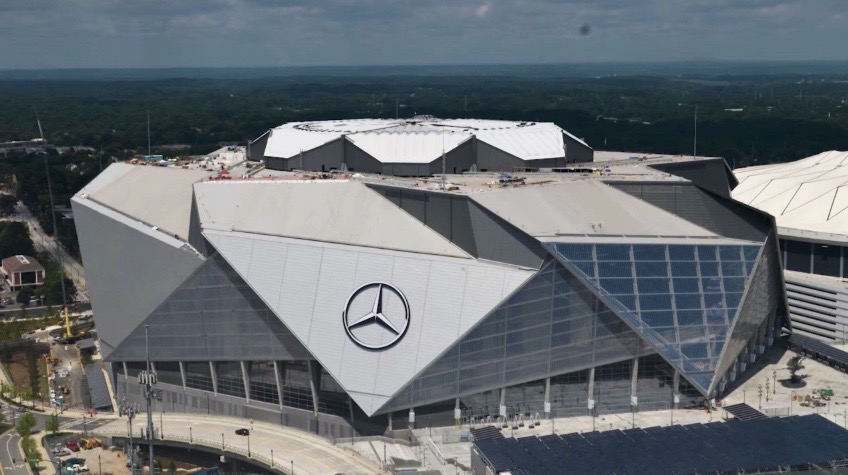 After two action-packed games in the divisional championships, Super Bowl LIII is set: the New England Patriots will be facing the Los Angeles Rams. A clash between a consistent powerhouse of a team in the AFC versus a rising, talented team out of the NFC will surely make for an exciting game from start to finish.

The Rams had a tough road to the championship, as they had to face the number one seed in the NFC — the New Orleans Saints. It was not an easy game for the Rams in the championship playing against the fiery Saints in their superdome, but the they were able to make a comeback after going down by 13 early in the the second quarter. They battled back, and narrowed the Saints’ lead down to three, making the score 13-10 in favor of the Saints going into halftime.

The third quarter brought a passing touchdown from each quarterback, but the fourth quarter brought the game-changing play. After two more field goals, the score was tied 20-20 and the Saints were in good shape to win the game if not for the blatant missed pass interference call by the referees. With 1:49 remaining, the Saints were looking at third and 10 on the Rams’ 13 yard line. The obvious missed call was just ruled as an incomplete pass and forced the Saints to kick a field goal on the next play, giving ample time for Rams quarterback Jared Goff  to march down the field and tie it up with a field goal to send the game into overtime.

The Saints had the ball first, but after a quick interception thrown by Saints quarterback Drew Brees, Rams kicker Greg Zuerlein was able to connect on a 57 yard game winning kick. A blown call by the refs was crucial in leaving the bitter Saints fans walking home robbed of their first Super Bowl appearance since 2010.

It was another overtime game in cold Kansas City for the AFC championship, as the Patriots were able to edge out a victory over the other number one seed, the Kansas City Chiefs. The Patriots came out ruthlessly and dominated by scoring two touchdowns being led by the seemingly unstoppable duo of head coach Bill Belichick and 41-year-old quarterback Tom Brady. The Patriots were also able to play lights out defense and went into halftime up 14-0.

But the Chiefs entered the third quarter as a different team and were able to get on the board early after a passing touchdown from their star quarterback, Patrick Mahomes. With little action in the third quarter, it was the fourth quarter when the Chiefs completely got themselves back into the game after two straight touchdown receptions from running back Damien Williams which gave them their first lead of the game. The Patriots answered, however, and regained their lead making it 24-21 with 3:32 left in the game. Each team quickly exchanged touchdowns making it 31-28 leaving the Chiefs 39 seconds to get down the field and attempt at a field goal to send it to overtime. They did not back down from the challenge and Chiefs kicker Harrison Butker connected on a 39 yard field goal forcing the game to go on.

As both teams were clearly performing well on offense, it was clear that whomever won the coin toss, would win the game. This is due to the fact that in NFL overtimes, each teams gets a possession unless a touchdown or safety is scored. That turned out to be the case, as the Patriots were first on offense, and could not be stopped. They steamrolled the Chiefs defense and sealed the victory by a Rex Burkhead touchdown rush. The Patriots celebrated in Kansas City, but the Chiefs played a great game and will surely be back.

This year’s Super Bowl will be the third straight appearance for the Patriots, and their fourth in the last five years. They will hope to reclaim the Vince Lombardi Trophy after it slipped through their fingers last year against the Philadelphia Eagles. It will be an astonishing 11 Super Bowl appearances for the Patriots and only three for the Rams.

The last appearance for the Rams was when these two teams played in Super Bowl XXXVI. The Rams were still located in St. Louis then, and the current Rams head coach, Sean McVay, was a sophomore in high school while Tom Brady was winning his first Super Bowl.

On Feb. 3, both teams will play in Atlanta in the luxurious Mercedes-Benz Stadium, each hoping to bring home a win for their cities. The 53rd Super Bowl is sure to be packed with action, as it will be a clash between a dominant franchise and an emerging, talented team looking to end the New England era and start their own.