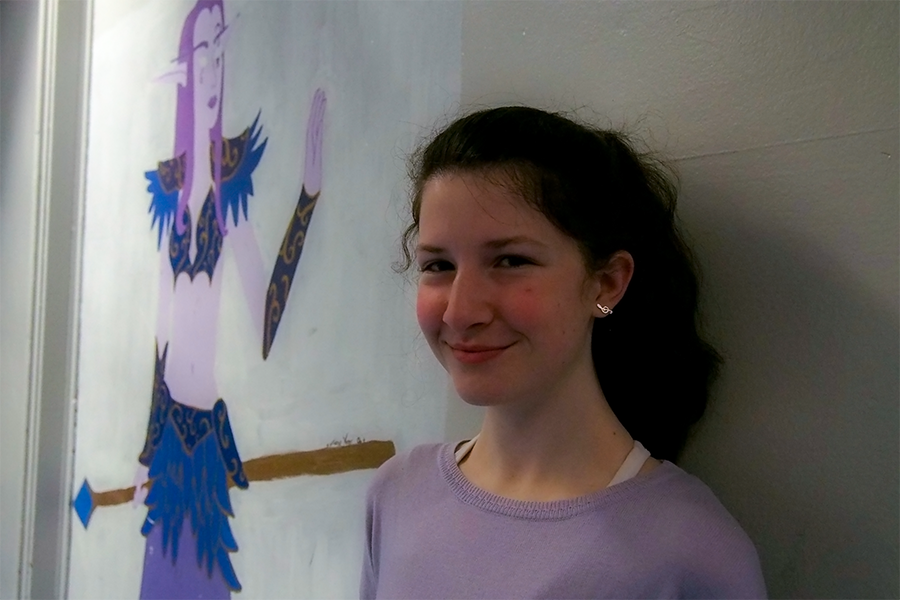 Lacey Cooper, a sophomore at Community High School, attributes her interest in singing to her family, who surrounded her with music from a young age. One of her favorite elements of music — particularly in musical theater — is how stories can be expressed in so many ways.

Lacey Cooper remembers singing “Somewhere Over the Rainbow” when she was in third grade; the song reminds her of the first singing lessons. That was when she decided singing was the ability she wanted to improve. Yet her interest in singing began long before, because music became her fixation from the time she had barely learned to talk.

“I was too young to remember this, we had a CD in the car that was full of kids’ songs,” Cooper said. “I remember that my parents would tell me that I would always ask for ‘mickets’, which is how I said music, one of my first words.”

Cooper is part of a choir and stars in musical theater. The singing style that comes with each is different, but she enjoys them both.

“One thing about music is that I’m not picky about what type of music it is,” Cooper said. “I’ll listen to pretty much anything, and a lot of the time I’ll listen to musical theater songs especially if I’m in a show or I just watched the show.”

For Cooper, the act of singing brings a sense of freedom, of being able to create something unique.

“Basically when I get it right, the technique, the note or whatever, it just feels so great,” Cooper said. “It’s one of those things that’s super motivating to me, just because I want to do it for myself, it’s not for anyone else.”

Nonetheless, Cooper sometimes finds singing to be anxiety-provoking, especially during an audition.

“Standing in front of people whose job is to judge you and place you next to other people and size you in, it’s one of the scariest things I think I do in my daily life,” Cooper said. “Just because it’s a vulnerable position to put yourself in.”

Cooper has not decided if singing is a real career option for her, but no matter what, she will continue singing.