Living with a look alike 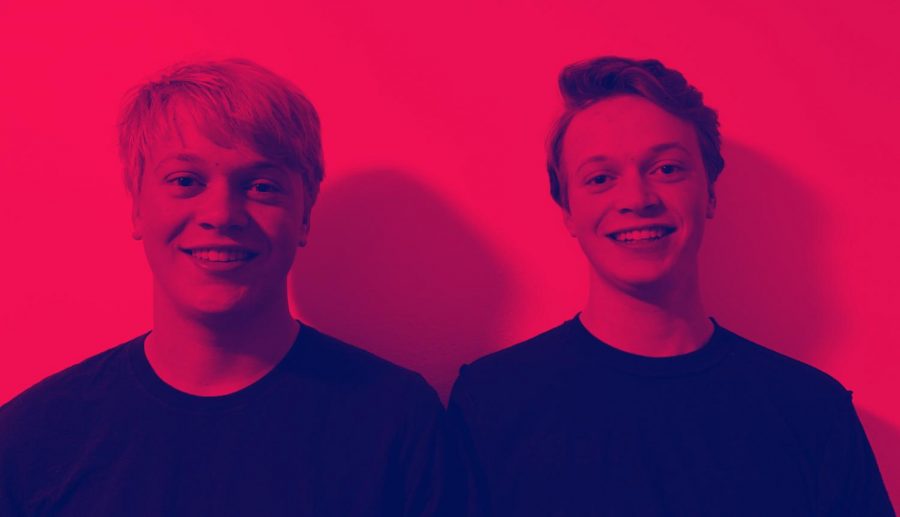 The Durgy twins have managed to pull off the classic switching-places trick that is usually associated with identical twins: Sam Durgy went to Community High for a day and Arlo Durgy went to Pioneer. It wasn’t a surprise that it worked, because Sam and Arlo have been mistaken for each other their whole lives.

Born identical twins on Oct 15. 2001, people have always had trouble telling the two apart. Until they started at different high schools, they were a package deal. With Arlo came Sam and with Sam came Arlo. They have both played baseball since they were in elementary school, and continued into high school. They also had all the same friends, so portraying that they were different people was difficult.

Even their closest friends and family have always had trouble figuring out who was who. When they were little, their parents dressed Arlo in blue and Sam in red to tell them apart.

It wasn’t until their freshman year of high school that the two were separated. Arlo got into Community and decided it would be a good fit for him. Sam continued down his set path to attend Pioneer High School. Arlo saw Community as an opportunity to make new friends who didn’t immediately associate him with his twin brother.

Going to different schools has made it easier to tell them apart, but when they are together the confusion continues. “People confuse us every single day, even though we go to different schools,” Sam said. “If I hear someone yell Arlo, I respond to it. I’ve had full conversations with people thinking that I’m Arlo. They will talk to me about things that only Arlo does, and I just have to let them know that I’m Sam.”

Being identical looking doesn’t bother either of them, because it has been something that they have had to deal with for their entire lives, but this year for Halloween, Arlo dyed his hair for his costume, which made it easy to tell the two apart.

“I don’t think I’m going to dye it back; I sort of like that we don’t completely look the same for once,” Arlo said.

Sam and Arlo are different people: just because they are identical does not mean they are the same person. Having different colored hair and going to different schools has made that easier to establish.

“Now that we go to different schools we have very different friends and different personalities;  at the end of the day I know we are different people.” Arlo said.

The hardest part of being identical is not being confused, but the constant comparison that they face. “We get compared a lot,” Arlo said. “I don’t usually care how Sam does until people compare us, because then I feel like I’m not Sam, so why am I being compared?” Their whole lives, they have participated in the same classes and extracurriculars, but now that they go to different schools they take different classes, and the comparison of grades no longer matches.

“How I do on a math test shouldn’t be compared to how Arlo does, because we take different classes with different teachers.” Sam said.

As brothers do, the Durgy twins don’t always get along, but growing up with a look alike and a constant companion has been something that both of them couldn’t imagine living without. “I just don’t know what life would be like without a twin,” Sam said.