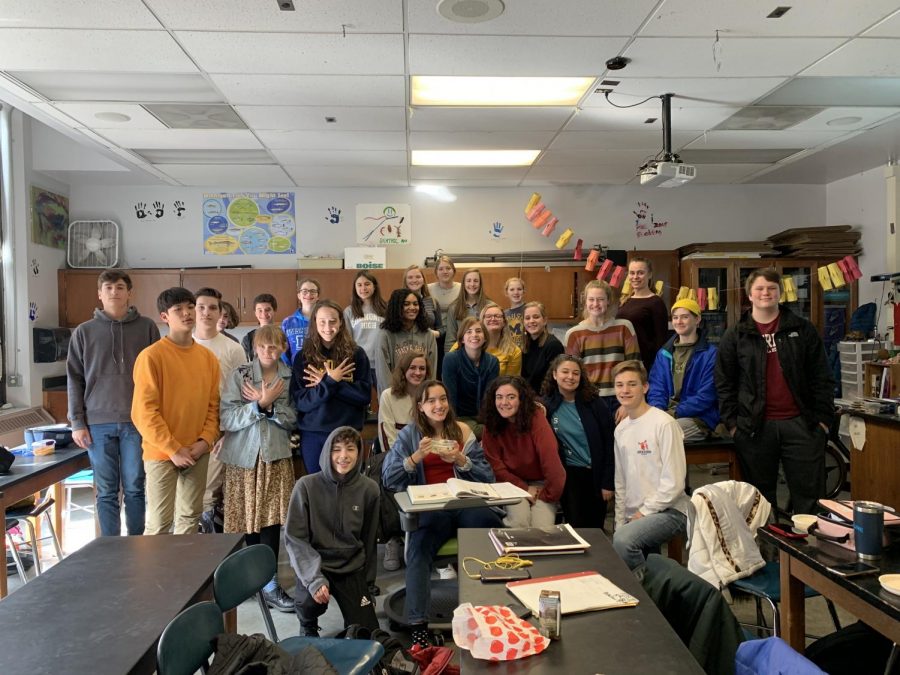 “We won!” Courtney Kiley yelled out to her sixth block FOS 2 class.

On March 11, the Ecology Club leader had just gotten notice that Community High School (CHS) had won a Green School award thanks to the club’s effort in bettering the environment. More specifically, CHS won an Evergreen award: the best possible Green School award.

The Michigan Green Schools separate their awards into three different tiers: Green being third place, Emerald is second and Evergreen first. This is CHS’s first Green School award in seven years, after winning Emerald in 2012. To be awarded an Evergreen status, a school must complete 20 total activities, two of which have to involve environmental protection, energy and recycling in some way. 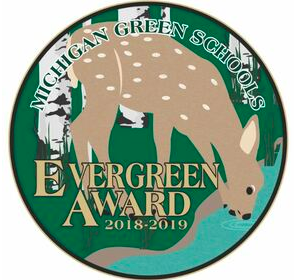 Through composting, fundraising and carrying out many other various initiatives, this year’s Ecology Club is giving their full effort in hopes of contributing to a cleaner and less polluted environment. After their record-high attendance earlier this year, the club has consistently been active in helping the environment.

Their most recent fundraiser idea came after their discussions about prevalent issues frequently covered in the media. They decided they wanted to target the problem of plastics in the ocean and they landed on the idea of selling reusable straws; the fundraiser was extremely successful, making a total of $290. Kiley purchased the 200 reusable BPA free straws, each of which was sold for two dollars. Almost all of the straws were rapidly sold in one lunch period, leaving only a few unpurchased straws left.

“We have a really strong Ecology Club this year, and the kids are super committed,” Kiley said. “I gave them blank applications [for the Green School application] and most of the ideas came from them, like thinking about what we do as a school. I mean, we don’t have the most efficient building, but we work well with what we have.”

Although the club is led by Kiley, the students are equally apart of deciding what tasks they want to complete for the year. Besides fundraising, the club was able to win the Evergreen award by completing tasks like planting a rain garden, raising salmon and inviting in guest speakers to speak on alternative energies and sustainability.

Even after winning the award, the club plans to continue their work, and they have a jam-packed agenda heading into the rest of the semester. First, Kiley is letting the club decide what they want to do with the money earned from the straw fundraiser; so far they will either use it to help the local community or for the club’s activities. After that, the club plans to do something to recognize Earth Day on April, 22 — a now worldwide event that originally took place in Ann Arbor in 1970. Lastly, the club is in charge of planting all of the plants by the newly built basketball court on CHS’s back lawn, and this will happen in May.

With lots to do and little time left in the year, Ecology Club plans to continue to efficiently use their time at lunch on Mondays to help the causes important to them within the community. The club is satisfied to get recognized for their work, but a cleaner school and less-polluted environment is what they are striving for.