“Avengers: Endgame:” The End of an Era 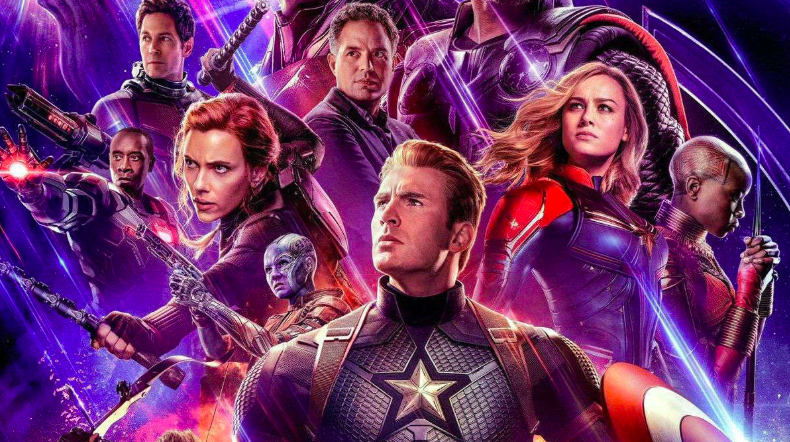 Marking the end to the third phase of the Marvel Cinematic Universe (MCU), “Avengers: Endgame” triumphantly culminates the connected stories of the past 21 MCU films in an action-packed, three hour emotional ride.

Beginning in 2008, Robert Downey Jr.’s iconic portrayal of Iron Man set the stage for the beginning of the MCU and its first phase with company of films such as “The Incredible Hulk,” “Iron Man 2,” “Thor,” “Captain America: The First Avenger” and “The Avengers.” The second phase brought along more sequels to Iron Man and Captain America, but this is also when more and more characters began to enter the universe as the second phase came with “Guardians of the Galaxy,” “Ant-Man,” and the second Avengers movie, “Avengers: Age of Ultron.”

Finally, Marvel’s third and massive phase came with more on past heroes, but also the additions of new ones: “Doctor Strange,” “Black Panther,” “Spider-Man: Homecoming” and “Captain Marvel” all had their first solo films at this point, but the third Avengers film, “Avengers: Infinity War” was the massive success racking up over $2 billion at box office earnings. And importantly, it set up the fourth film in the Avengers series to wrap up the three phases. Also, just after the third Avengers film, “Avengers: Endgame” immediately became the most anticipated film in the MCU.

“Avengers: Endgame” had the tough task of incorporating every past film into one final battle against Thanos, a recurring villain appearing since “The Avengers” in 2012. But the 11 years of character development and individual backstories all perfectly collide in the MCU’s longest film.

The first hour or so in the film bring lesser action than the last, but it provides audiences with more knowledge on the aftermath of Thanos’ doings in “Avengers: Infinity War”. The basis of the film is built around the original six Avengers and company facing the task of bringing everyone back from the outcome in the last film. The originals consisting of the Hulk, Iron Man, Captain America, Black Widow, Thor and Hawkeye assisted by the newest hero added to the MCU, Captain Marvel, are forced to work together for the first time. The arguably strongest hero’s insertion in the group makes for new chemistry and it is just one of the reasons how the film differs from previous ones.

The second hour brought the new element of time travel, another reason why this film varies so greatly from past films. The Avengers were required to go back in time to fix their past mistakes; they went back through the old films and the scenes displayed different perspectives on iconic scenes. The flashbacks of past films is sure to spark nostalgia for fans of the MCU, and the “time heist” even brings fans all the way back to 1942 to setting in the first Captain America film.

The last hour, however, is what makes the film so satisfactory yet emotional for fans: a final battle with almost every MCU hero and notable character going for round two against an old enemy. The final battle continues with the MCU’s legendary fighting scenes, but the film’s brilliant directors –– Joe and Anthony Russo –– also continue to transform the films as the fight brings a revolutionary all-female scene. Female MCU veterans are joined by recent additions to the universe in Valkyrie, Captain Marvel and countless others for a powerful moment hinting at an all-female MCU film.

This final battle also showcases the breadth of Marvel’s heroes, and how they can all work together to defeat their recurring archenemy. The final fight is rewarding after the result of the last film, but it comes at the cost of two of the original six Avengers: Iron Man and Black Widow. Additionally, Captain America aged greatly when going back in time, and the loss of the three original characters is unpredictable and heartbreaking, but it makes it clear that this fourth Avengers film signifies a conclusion to the past 21 films.

The film lived up to every expectation and is already crushing the box office records as it has already made over $1.2 billion just in its first weekend. The previous film with the largest debut, “Avengers: Infinity War”, made just over $640 million for its debut last year. But not only did it break the record for biggest cinematic debut, but it also became the highest-grossing opening domestically and internationally. The film also became the fastest to gross $2 billion and it is nearing “Avatar” for the all-time box office record.

With a successful conclusion to Marvel’s third phase, all eyes are on what is next. Although little information about phase four has been given, “Spider-Man: Far From Home” is set to kick off the next round of films, and “Guardians of the Galaxy Vol. 3” is also confirmed. Black Panther and Doctor Strange sequels are also imminent but yet to be official, and a Black Widow film is in the works but has not yet been confirmed by Marvel.

Nevertheless, the release of “Avengers: Endgame” was a massive success and although the it concludes the third phase, the MCU will continue to create new heroes and films for years to come. But for the first time, “Avengers: Endgame” did not tease the next MCU movie with a post-credit scene, signifying that the film is not leading up to anything like the previous films had. The film has fans saying goodbye to beloved characters, but it successfully marks the end of an iconic era that brought many people into the world of Marvel Comics.