“The Name of the Wind” by Patrick Rothfuss 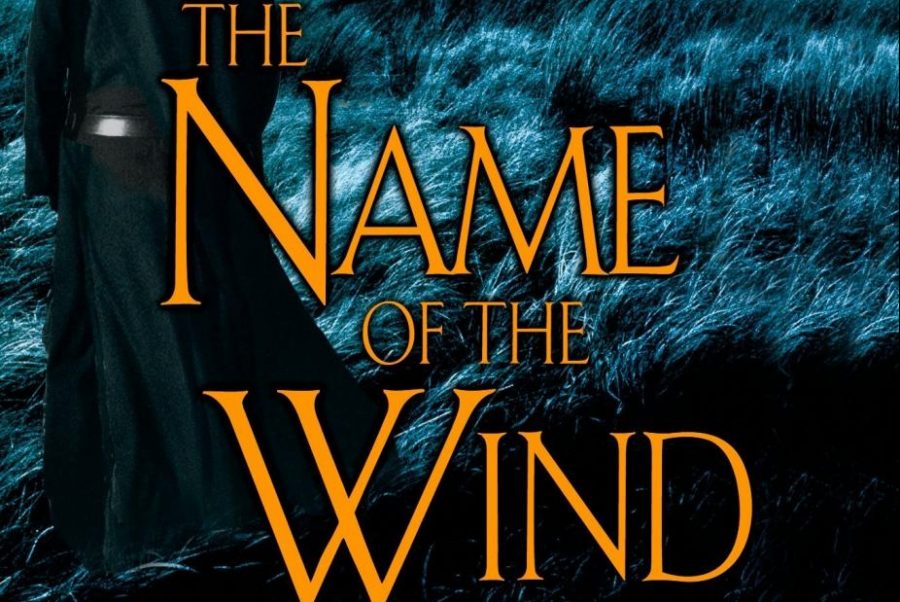 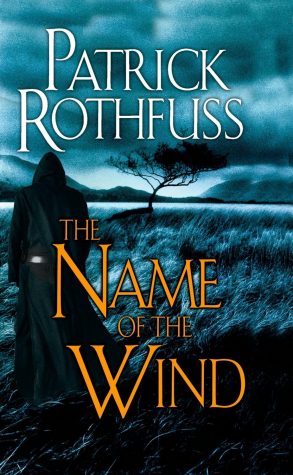 At first glance, “The Name of the Wind” by Patrick Rothfuss is just another one of many similar fantasy novel, with a familiar setting in some middle-ages type world and a main character with magical capabilities. But while “The Name of the Wind” does include these common fantasy benchmarks, it is also so much more, with a vivid and beautifully depicted world and a compelling main character.

“The Name of the Wind,” the first book in the Kingkiller Chronicle Trilogy, tells the story of Kvothe. It begins in the present, with scribe Chronicler arriving at an out-of-the way roadside inn, only to figure out that his host, the simple innkeeper ‘Kote,’ is really none other than the famous Kvothe the Arcane (called Kingkiller by some). Chronicler persuades the initially reluctant Kvothe to tell Kvothe’s life story, which Kvothe promises to accomplish over the course of the next three days. The duo are joined by Kvothe’s student Bast, who also listens to the story.

Kvothe begins his story by telling us about his childhood as a part of the Edema Ruh, a nomadic people of traveling troupes and performers. There he learns how to act and play music from his parents, and learns the foundations of magic, or ‘sympathy,’ as it is called, from an arcanist named Abenthy. He then tells us about his run-in with the mythical Chandrian — an event that orphans him and changes him for life.

The tale continues, with Kvothe telling us of his time spent on the streets of the city of Tarbean, alone and penniless. Eventually, as Kvothe tells us, he manages to claw his way out of the gutter, and makes his way to the famous University—a school for would-be sympathists. The day’s story ends with his past self in a state of relative stability at this school.

Interspersed with Kvothe’s tale are moments where the book shifts back to the present, with Kvothe taking breaks for meals and to serve the inn’s infrequent customers.  During these breaks, and in the last chapter when Kvothe’s story breaks for the night, we hear legends of Kvothe told by several customers, and slowly get a better picture of Kvothe’s current condition. We are left with the question of what happened to Kvothe — how this legend in his own lifetime rose so high, and how he fell so low. Something terrible must have befallen him, for him to be so done with life while only in his twenties. Something must have happened when he killed that king, but what?

I really enjoyed this novel. For one, the setting and little details were just so well done in this book. Rothfuss’s worldbuilding was phenomenal. I also really appreciated the idea of the novel being Kvothe’s story being told by Kvothe himself, as it introduced the idea of Kvothe as an unreliable narrator perhaps embellishing his own story. Finally, I loved how despite us knowing the ultimate outcome of Kvothe’s adventures from the get-go, his story was still remarkably engrossing.

My main problem with this story was, maybe, it’s length. Sometimes, I felt some of Kvothe’s story seemed to relate unnecessary details that really had nothing to do with the broader story, and just made the book stretch on almost too long. That being said, however, those small little stories and incidents did add color to Kvothe’s character and the setting even if they didn’t directly tie in with the main plot line; and I suppose some of these may tie into ideas to be explored in the final book of the trilogy.

“The Name of the Wind” should appeal to many readers. Personally, it would be my top recommendation to any fantasy fan, and I believe any person who enjoys that genre would appreciate this novel. Mystery fans also might enjoy it, as there are strong elements of mystique as the reader has to try and puzzle how the Kvothe in the story became the Kvothe of the present. Even if you don’t think you enjoy those genres, you should try this book. As a Quill Award Winner and one of the Publishers’ Weekly Best Books of the Year, “The Name of the Wind” is an amazing and epic story.