The power of saying yes 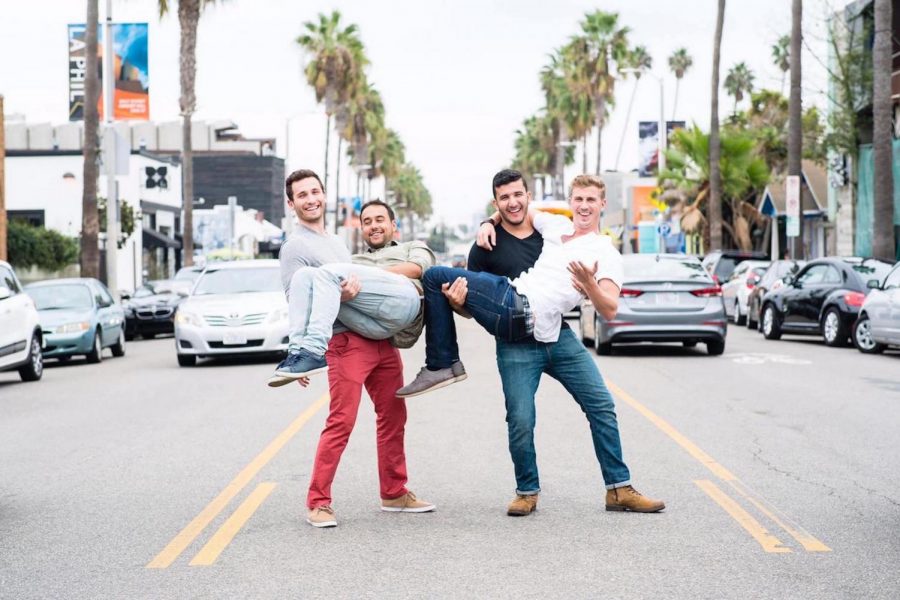 The rain pattered on the coffee house windows as Matt Dajer tapped his foot, impatient with his marketing class partner’s lateness. If it hadn’t been raining as hard as it was, he would have left ages ago; however before he packed up his stuff, he decided to send one final text to his partner in hopes of getting an explanation to his tardiness. After sending his fifth text, his partner finally responded asking Dajer what was up. Fed up, Dajer sent a short text reminding his partner of their meeting; five minutes later, Thomas Brag came sprinting through the coffee house doors with rain dripping off his hair, apologizing profusely while trying to justify his absence.

Two years later, the pair would co-founded a company based upon how they met: discomfort.

Their brand, Yes Theory, promotes the idea that saying yes to new ideas will allow a person to live life to the the fullest. They believe that the best things in life come from putting yourself in uncomfortable situations, and to get to the point where you are living life to the fullest, you must be willing to challenge yourself into saying yes to more things. In an attempt to spread this message of seeking discomfort, the pair creates documentaries showcasing people around the world who’ve taken risks and are consequently living lives they are happier with.

“We didn’t have the greatest first impression because I really hate it when people are late to things,” said Dajer. “But then Thomas told me this story of how he snuck into a Flume the DJ concert, and then from there getting to into the VIP section where he befriended Flume and his manager and how now whenever Flume’s in town, Thomas will go and hang out with him. When I heard this, I thought it was the craziest and coolest story I’d ever heard and I thought, ‘That dude is hilarious, and I need to do everything in my power to connect with him.’”

After the duo had familiarized themselves with each other, they moved onto what they would be doing for their project. The marketing class had asked them to create something that would promote local businesses, and so the two of them decided to promote Dajer’s clothing business called Heart City Apparel. However, as they brainstormed how they wanted to promote Heart City Apparel, they realized their primary goal was changing to be something that would make people smile rather than advertise the clothing.

“We decided that we were going to wear Heart City Apparel and go to different locations in Montreal where we would just dance,” Brag said. “Every person that we met on the street our goal was to make them smile, and we found that making a fool of ourselves was the easiest way to do this. It led us to realize that making people smile was what brought us the biggest sense of accomplishment and we wanted to bring that with us when we progressed to our next project.”

After graduation, the two didn’t see each other for another two years, however, when Brag ran into Dajer as he was leaving his job at a local bar, a spark of wanting to reconnection passed between the two. As they began to spend more time with each other, they stumbled across a television show called, “The Buried Life” which followed a group of guys that filmed themselves going through their bucket list. As Brag went to bed that night, Brag laid awake, taken aback by the show as it deeply resonated with what he wanted to do. In the morning when he approached Dajer with the list of ideas he had generated throughout the night, he watched as Dajer became just as excited and the duo decided to begin with a month-long project called Project 30.

Because the project was designed to make the pair get out of their comfort zones, doing things they never had done before was vital to the operation. Since they were renting an apartment and paying for all the materials using the money Matt obtained from his job as a bartender, the budget of the project had so be as cheap as possible; so throughout the month they would get their ears pierced by friends, eat foods very few people try and gave stand-up comedy routines.

“Around halfway through we were sitting at a park in Montreal and we realized that we had run out of ideas,” Dajer said. “But that night we got another idea and so that took us to the next day, then the next night we got a different idea so on and so forth. Then when we got to day 19 we snuck into the hotel where the Chelsea football team was staying and we managed to get their two best players to sign onto our fake soccer team. That night we sent the video to all these Chelsea football team bloggers and by the end of the next day, the video had over 100,000 views on it. That really put an end to the fear that our ideas would run out and it made us feel as if there’s an endless pit of ideas just waiting to be grabbed.”

When the month finished, the pair realized that their passion was following the concept behind Project 30 as a career. When they announced that they would be attempting to follow through with this to their families, they were met with skepticism and doubtful pressences. They managed to convince their parents to allow them one more month to find success in the work they were pursuing before they completely pulled the plug. While they made some content showcasing ways to break out of your comfort zone they didn’t see the growth they had been seeing throughout Project 30. On day 29, they released a video on the social media platform, Reddit, as a recap of everything they had done in Project 30 and how it affected them. While the post was growing in popularity on the website, what set it over the edge and gave them motivation was the reactions of people when they answered the skepticism behind their motives. Using the support gained off their video on Reddit, the two were able to go to their families with proof that there was potential to be made.

“There were so many times in that month alone that we didn’t know if we were going to be able to live off of this brand we had made,” Brag said. “My parents and I have a great relationship but there was a 30 day period where I couldn’t talk to my parents because they were so worried that I was burning all my bridges for nothing. Whenever we would talk they would question how they raised me; not because they’re bad parents but because I was worrying them to that point. I remember the most vivid experience of that month was when I was coming home from working at a clothing distributor and I went into a corner store to buy a pack of gum and my debit card bounced back saying I had insufficient funds. When our video got onto the front page of Reddit we were sitting in our apartment hugging each other and crying because we had so much riding on the success of this company.”

As more people began to follow their lead in seeking discomfort after posting their Reddit video, they decided to change the name of their brand to Yes Theory, where they would continue to develop creative ways of making people motivated to expand their comfort zones. After being reached out to by several social media companies the group was able to begin making more high budget films which snowballed into letting them do more documentaries without just the support of the social media companies. Eventually their success led to them making a film with Will Smith where they would bungee jump out of a helicopter with the actor.

Over the course of the past three years, the Yes Theory brand has built a base of people that live their message of seeking discomfort. From hosting barbeques with strangers they met on the streets to biking from the Netherlands to India, millions of people that look for these new experiences attribute Yes Theory and the other people that are the base of that brand with helping them gain the courage to seek activities they would never have done otherwise. Every day, people who’ve met through this brand meet with each other, learn from the advice Yes Theory provides, and spreads the message of expanding your comfort zone not through speech but through the actions they do in the world.

“In 2018, I was living in New Zealand, and there you can apply to go into medical school after your first year. I liked helping people, looking after them, caring for them and whatnot, but my grades weren’t great and I didn’t end up getting in,” said Yes Theory member Alexander Majstorovíc. “I fell into a deep depression but after a few weeks, I found the Yes Theory Youtube channel. They described how routine was dangerous, and that you should always be looking to get out of your comfort zone. So I decided to ignore that I didn’t get into medical school and help people anyways. On weekends I ran into town doing bandages, cleaning up vomit, things along that nature and during the week I ran a club at my university that sought to help others. Yes Theory helped me realize that you have to lead your own life, take control of its actions because things won’t just be given to you.” 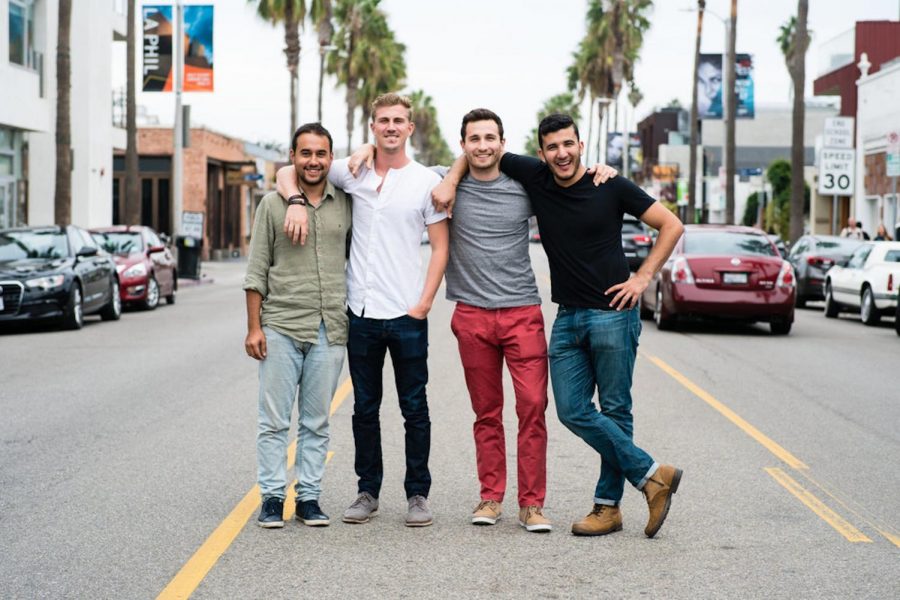 Constantly wanting to push the boundaries of what is considered normal, the Yes Theory brand works to incorporate people they have never met before into their activities. They hope their work can represent the William Butler quote, “Strangers are just friends I haven’t met yet.”
Delete Image
Align Left
Align Center
Align Right
Align Left
Align Center
Delete Heading