CHS awarded with a national blue ribbon award for education 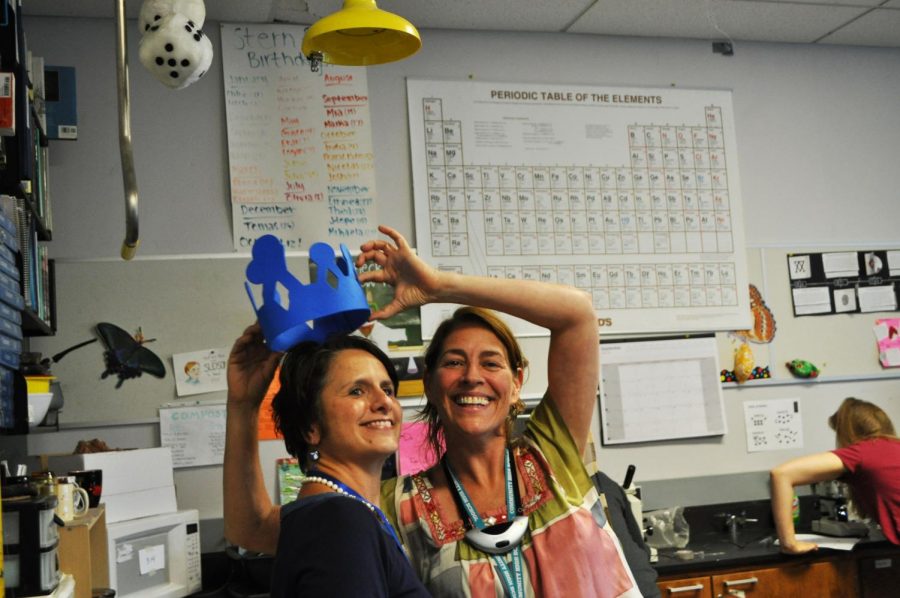 FOS teacher Liz Stern crowns Dean Marci Tuzinsky after the 1 p.m. announcement. Tuzinsky will travel to Washington, D.C. on Nov. 14 to receive the award from Secretary of Education Betsy Devos.

On Sept. 26, 2019, Community High School (CHS) was recognized as one of this year’s National Blue Ribbon Schools. At 1 p.m., classes throughout the building watched a video released by Secretary of Education Betsy DeVos congratulating the 362 national recipients.

The National Blue Ribbon award is the highest federal recognition given out for education in the United States. Applications are received from up to 420 schools per year from all 50 states, the District of Columbia, Puerto Rico, the Virgin Islands, the Department of Defense Education Activity and the Bureau of Indian Education. CHS is now one of more than 9,000 schools to have received the national accolade since the program’s founding in 1982.

Just after the video was released, Dean Marci Tuzinsky met with the seniors of Liz Stern’s forensics class. Tuzinsky assigned them with the task of presenting white carnations tied with blue ribbons to each of the teachers of CHS. The seniors ran out to the parking lot to meet the truck carrying carnations\; they dashed around the school to give a flower to their favorite teacher. In addition, two congratulatory cakes were presented to the staff in the main office.

CHS is the first high school in the Ann Arbor Public School district to be recognized as a Blue Ribbon School. CHS was nominated during the 2018-2019 school year amongst other similar performing schools in the state, thus starting the application process headed by English teacher Robert Morgan. He spent his spring break collecting summaries overviewing each department and revising the application.

English teacher Tracy Anderson will accompany Tuzinsky to Washington D.C. on Nov. 14 to accept the National Blue Ribbon award. In the near future, CHS students and faculty will have a bigger celebration back in Ann Arbor.