Running with the wolves 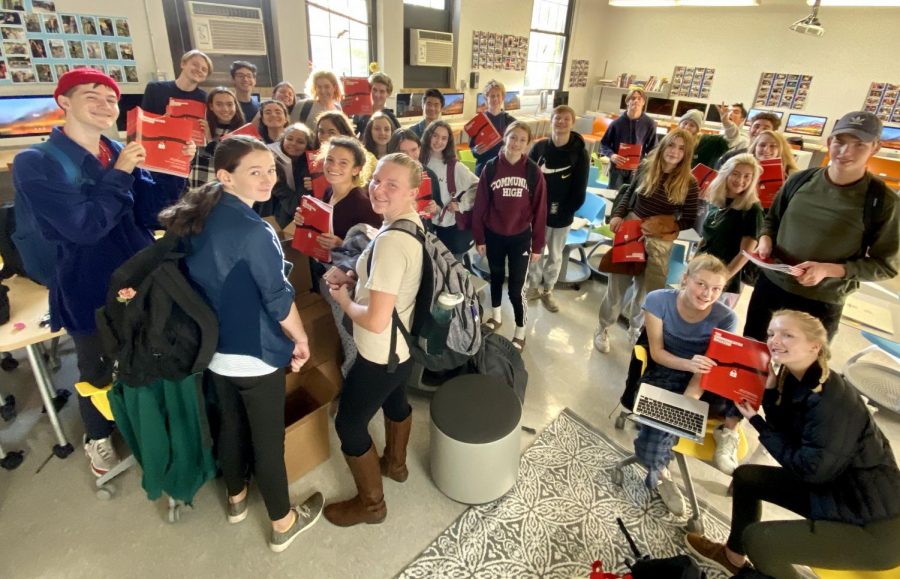 My first few weeks of journalism felt like being thrown to the wolves.

Everyone was quite nice, and as supportive as they could possibly be. But I was the lone freshman in a close-nit pack of students to whom high school was already routine. To this ninth-grader, too introverted to readily approach and converse with the hordes of unknown people, high school was anything but routine.

So early on in my journalism class, when something called ‘production’ rolled around — an afternoon when members of journalism got together after school to get pages ready for our magazine — I approached the bright white door to the journalism classroom with no little trepidation. What would be expected of me during this undefined ‘work session?’ How would I survive six hours with a crowd of unknown high schoolers? And most importantly, how on earth did I make a page?

As I entered the classroom, still lit by the rays of a slowly setting sun, I was paralyzed by something akin to horror. In front of me stood two seniors — so far above me on the social ladder, it seemed — dueling with yardsticks. The clack of their mock weapons formed an interesting counterpoint to the pop music blaring from the ceiling speakers, music the dozen or so other students nodded their heads to as they frantically worked on complicated-looking page designs.

As I scurried towards a seat in the corner, my mind was awhirl with confusion. This was a very different world than the calm, regimented middle school I had left behind only a few months before. There, anything I was supposed to do was clearly laid out, with easily followed directions. It was easy.

But here, there were no teachers lining up to explain to me what I was supposed to do. If I wanted my book review published, I had to do it for myself. Sure, there were people there to help, like my teacher Tracy and the other students, but nobody was going to do it for me. They were there to help me if I stumbled, but I had to approach them and ask. I had to figure out how to implement the broad suggestions they gave me.

Never before in school had I been challenged like this.

In the end, of course, I got my page done. After many mangled designs and wasted printings, my book review was published along with several other reviews in the back of the magazine. I felt such a glow of pride as I saw my article there, knowing that this was something I had created that others could read and hopefully appreciate.

There were many things I learned from this experience: Simple things, like graphic design basics and how to use the relevant software; more complex things like the reward for working hard at something. However, the most important thing I learned that day was very simple: If you want something in life, you have to go out and get it.