Every part of me: mission statement 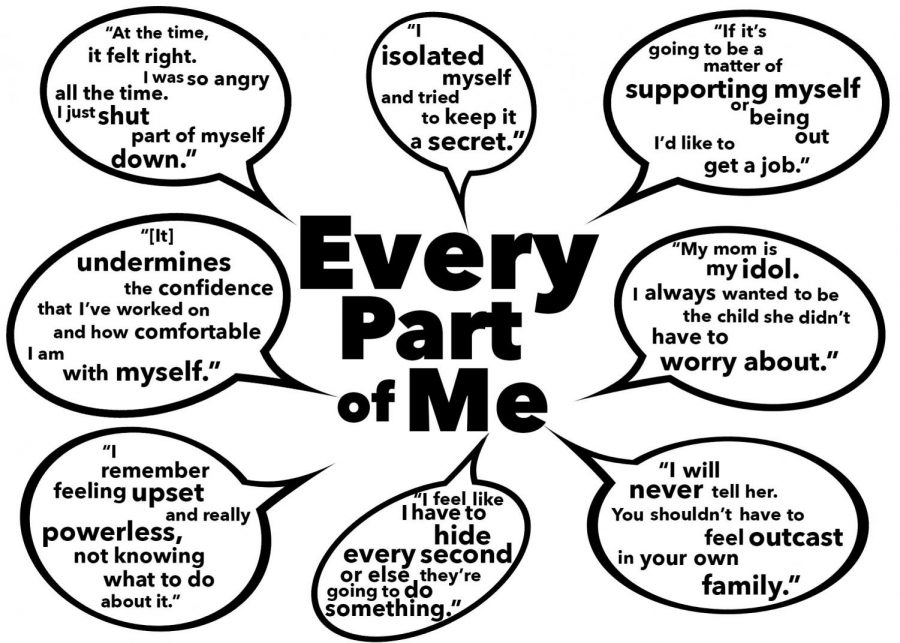 Last year, I ran a series called Every Part of Me, which documented the coming out stories of various LGBTQIA+ students and teachers at CHS. By the spring, it had died down: I had reservations about the idea of having a queer-based series.

It was my worst fear that efforts to cover the LGBTQIA+ would impact readers negatively. I worried it would influence them to see queerness not as a small part of a big and complex person, but as the entire identity of whoever’s story I told; that readers would assume every non-straight person should have to come out and should have to do so in a certain way; and that my focus on queerness would ultimately make LGBTQIA+ people seem more abnormal or out of the ordinary.

But, I am resurrecting this series.

The stories of queer people are incredibly important. Throughout history, the LGBTQIA+ community as been silenced: the Motion Picture Production code essentially banned homosexuality from being portrayed in film, artists like Emily Dickinson were censored (queer parts of her poems taken out by her publisher), it was illegal to be gay in the United States until 1991. In sharing coming out stories, I want to help the LGBTQIA+ community reclaim their voice. I want to open minds and offer different perspectives. I want queer readers to feel less alone.

I cannot control the way my readers take in the articles I write, but I can control the stories I choose to tell. It is completely normal to be LGBTQIA+, but it is not always treated as such; I hope that the more I share stories like these, the more normalized queerness will become.