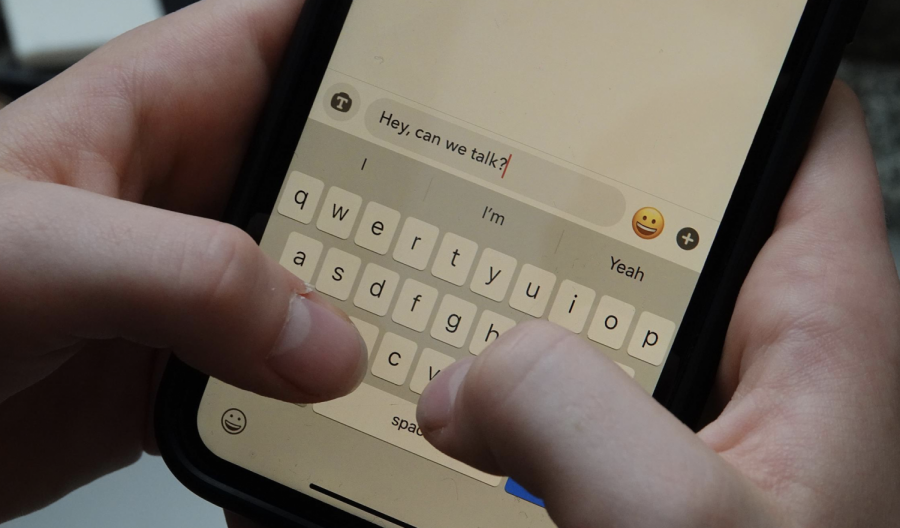 I hear constantly that our generation — iGen — has no manners, no work ethic and no ability to hold conversations and create relationships. These statements come from relatives, teachers and even strangers who inform me on what they believe the problems are. Every time I hear these blanket statements, I am immediately filled with anger. Anger at the labels forced on my generation, anger at the hypocrisy, anger at the bravado of these strangers — but also anger that they might be right.

Instagram was released in October of 2010, and Snapchat was released in July of 2011; this was around the time that kids born in the early 2000s were starting to get smartphones. While these social media platforms have age restrictions (users are supposed to be 13 or older to use both Snapchat and Instagram), they are easily bypassed simply by typing in a different age. It should come as no surprise to hear that when 8 to 13 year-olds received smartphones, many of them downloaded these platforms immediately.

The concept of “dating” has been destroyed for my generation, and social media is the culprit. It is undeniable that this generational change aligns perfectly with the time when children of our generation were first using social media.

It used to be that the purpose of dating was to get to know somebody. You met someone, you could be interested in them and go out with them to see if you could have real feelings for them. My mom once told me that when she was 15, it was a huge deal — and a rarity — if a boy called your house phone. The only way to get to know people you liked was to spend time together in person.

Now, the common way I get to know people is through Snapchat. I say Snapchat instead of Instagram because direct messaging someone has become weird and awkward. Snapchat is casual, quick and easy: I get somebody’s Snapchat and start talking to them. “Talking” has a completely different connotation, because I’m not truly talking to the person. For a while I’m sending photos back and forth, and maybe there is some occasional small talk. To use it in a sentence: “Adam is talking to Elizabeth.” To some, “talking” can be the beginning of a relationship.

I have a friend who talked to her current boyfriend for three weeks before they decided to hang out. I have another friend who has been talking to the same person for four months and they’ve never met. That’s a commonplace occurrence, which is even more saddening.

I didn’t get Snapchat until this past summer, despite people’s encouragement to get the app. They always told me that Snapchat was the easiest way to meet new people. I never believed them, because it didn’t make sense to me that an app was the most casual and acceptable way to talk to new people. But within the first few days of being on the app, I realized how right my friends were. I’d already started talking to so many new people.

It took me a little over two months to realize how distressing that is. I was recently up until midnight having a deep “conversation” on Snapchat with the person I’m talking to. When I finally went to bed, it struck me that it felt so natural. We’d had a meaningful discussion without even speaking. Then the next time I saw them in person, neither of us mentioned the conversation.

This has become a new normal; almost every day I hear a new story about how a friend had a profound or emotional conversation with someone through typing, but then it’s never spoken of again. Almost like it didn’t even happen.