My Memère was a butterfly 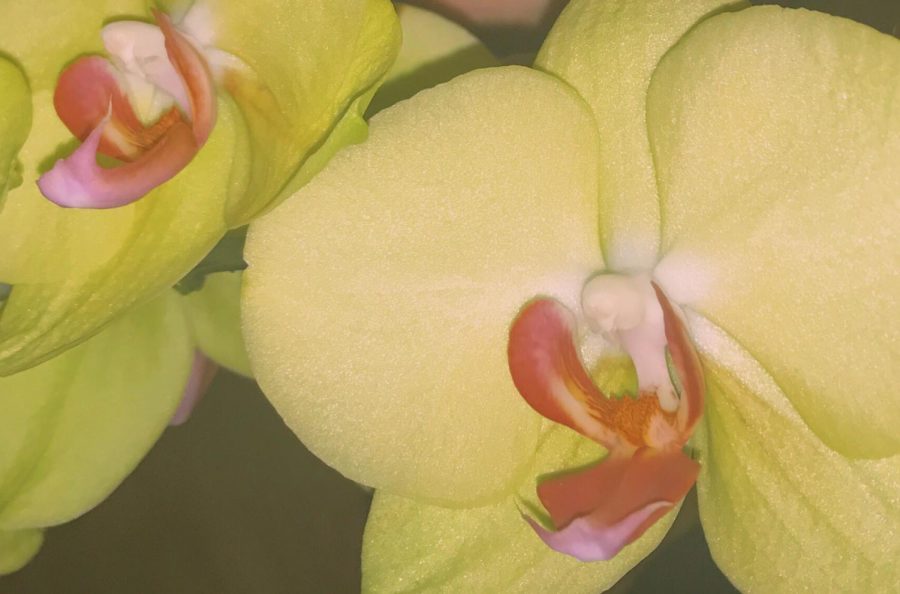 She lied in that coffin as my eyes laid on her
I had never laid my eyes on a dead body before.

She wasn’t herself anymore.
As she was now floating in the room
Hugging all the empty space.

The carcass left behind seemed like a painting,
Her face was the Mona Lisa; Made out of oils and canvas,
Her body fell into the frame of the casket:
became flat.
It wasn’t plump like I remembered
So I thought that they must have taken her heart
as it filled all that space with every beat

I sat in the front pew as people walked by.
Holding back my tears.
Thinking each person there was faking it,
If she was just another skin
To seasonally shed.

My father thought they were real
Alive: not like my Memère
But they were the same.

He went outside to get fresh air
As the air inside filled up with hollow breaths that
Were thicker
Starting at everyone’s feet
Rising,
Beginning, to flood the room with
A sound so loud it ceased to exist.

He leaned back,
Took in the sun,
And had to accept the fact his mother was dead.

He returned to reality—seeing the physical world—as he opened his eyes
the sun’s rays pulled his irises beyond his pupils,
Revealing the butterfly on his knee
Alive this time.

Memère,
She manifested herself.
Crossed the two magic rivers to come back home.
The first one changing her form from spiritual to tangible.
The second one she swam,
Followed the current,
Until she was back
On my father’s knee.
Because my Memère was a butterfly.

A monarch.
Solely. In those moments.
She ruled over the entire world
As if it was her kingdom.