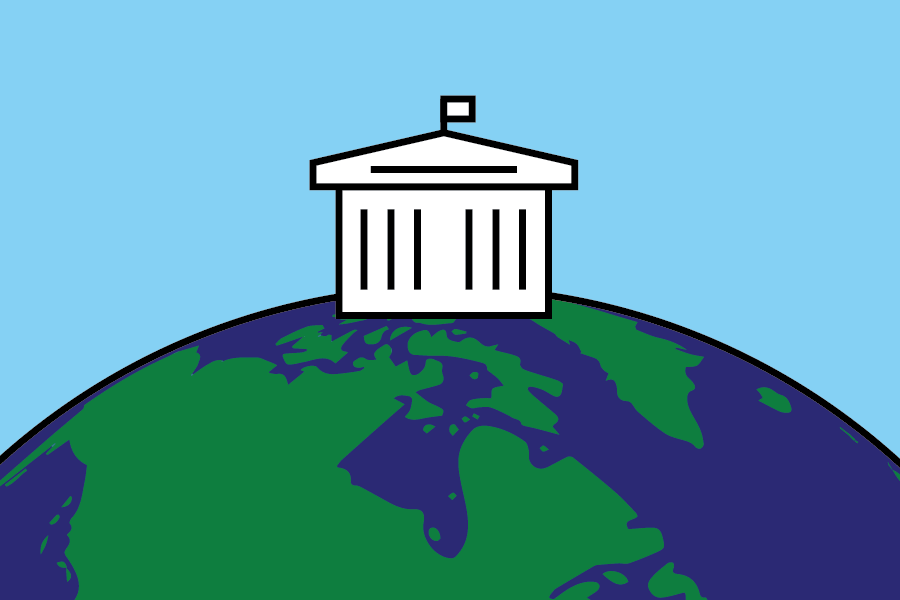 On Wednesday, Nov. 13, the city of Ann Arbor held a town hall to reach out to the community about climate neutrality. Earlier, on Nov. 4, the city council unanimously voted to declare a climate emergency. The council set 2030 as the goal for Ann Arbor being 100 percent carbon neutral. A comprehensive master plan on the city’s plan for carbon neutrality must be completed by March of 2020. The town hall was aimed at hearing citizens’ ideas on how to achieve climate neutrality.

“The future of our community is at stake right now,” said Ypsilanti Mayor Beth Bashert, who came to support carbon neutrality and the city of Ann Arbor. “It is utterly important that we reduce our carbon footprint and raise our resilience for getting through the changes.”

Ann Arbor has already begun to experience changes. The city has seen a 45% increase in annual precipitation over the last 50 years. Washtenaw county is expected to see its population double from sea level rise-based migration by the end of the century. In order to prepare for the influx, the city’s master plan will include measures to increase its resilience. This means building more affordable housing for refugees as well as increasing resilience to the elements by improving storm drains and protecting floodplains.

“Ann Arbor is a place that prides itself on its environmentalism,” said Ann Arbor Mayor Christopher Taylor. Taylor spoke at the start of the town hall, addressing the city’s 2030 goal. “[This goal] borders on the ridiculous but is in the heartland of the necessary,” Taylor said.

Taylor’s was followed by another speech from Regina Strong. Strong is an environmental justice public advocate from the Michigan Department of Environment, Great Lakes and Energy (or EGLE). She stressed the importance of equity vs. equality in her speech.

“All of Michigan should equitably benefit from our environment models and regulations,” Strong said to an applauding crowd.

The last speaker at the town hall was Ann Arbor’s Sustainability and Innovations Manager Missy Stults. Stults emphasized that the journey towards carbon neutrality must involve everyone. She then invited attendees to view the posters at the four corners of the venue. The four posters covered the topics of Energy, Resistance/Adaptation, Mobility and Resource Reduction. Attendees could write their thoughts, ideas and concerns about carbon neutrality on the posters. They could even suggest proposals for the city’s master plan. Stults spent the next hour near the Resistance/Adaptation poster, answering questions and encouraging people to write down their ideas.

“In terms of [the] here and now, this is the most significant problem we face in society,” Stults said. “The passing of the emergency resolution shows new urgency.” Stults discussed possible routes to becoming carbon neutral, such as increasing renewable energy, reducing car dependency, installing green roofs and encouraging biking.

“There is no issue I care about more than climate change,” Stults said. “It influences everything that I love. I have a four-year-old. Her entire life will be affected by this.

“There is a certain quote I really like,” Stults said. “We are the first generation to fully understand the impacts of climate change, and the last generation who can do anything about it.”