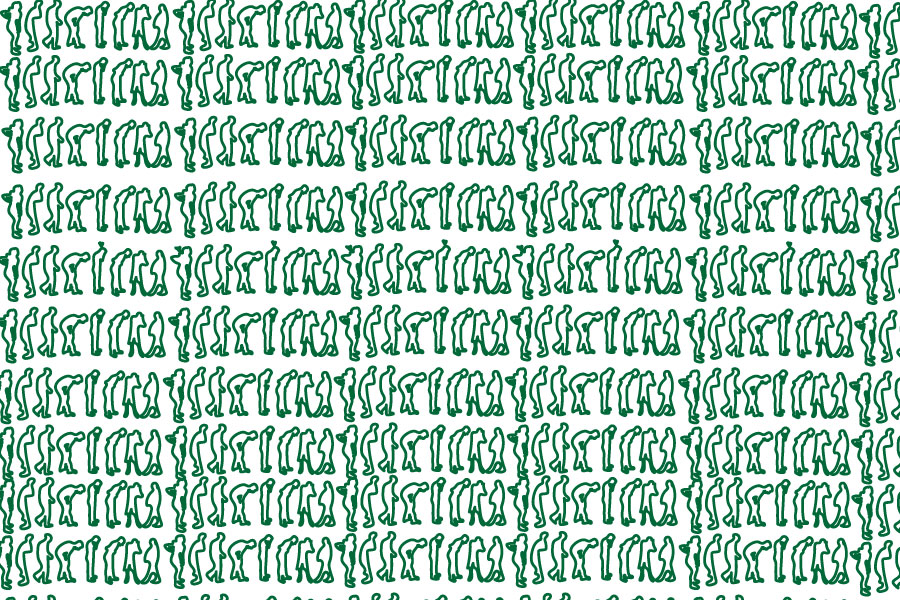 Washtenaw County is full of gaps.

They exist between vulnerable groups of the population and the majority –– exhibited in housing and health. But most importantly, these gaps are between black and white.

Income is one of the largest factors perpetuating the gap between African Americans and whites in the county. But to understand why income inequality is so prevalent in our own county, it is important to recognize that it starts with the manufacturing industry.

Prior to 1993, the General Motors automotive plant was located near Ypsilanti, yet the employees were commuting from Detroit everyday. The lengthy commute made employees late to work everyday. The solution to this situation was to create accessible housing near the plant, thus establishing housing neighborhoods like West Willow. The east side of the county was starting to thrive: although it’s residents may have been of lower education status than the rest of the county, the manufacturing job elevated their incomes. With the plethora of jobs available in the area, Ypsilanti’s tax base was high.

But after a lawsuit brought about by Ypsilanti Township and Washtenaw County, the Willow Run General Motors plant closed down. A majority of the residents of West Willow were left unemployed.

Compared to Ann Arbor and other parts of the county, Ypsilanti’s current tax base is much lower. As a whole, Washtenaw County’s housing market is one of the most expensive markets in the entire state; but with real estate prices soaring into multi-million dollars, housing complexes and neighborhoods like West Willow on the eastern side are less desirable to buyers than the ones on the western side. Ann Arbor is an attractive city in the county: Institutions like the University of Michigan and excellent public schools cause wealthy buyers to flock to the city, elevating Ann Arbor’s tax base above the other municipalities in the county.

As Ann Arbor continues to grow, the income gap between Ypsilanti widens; poverty manifests itself in the eastern side of the county. Comprised of Ypsilanti, Ypsilanti Township and Superior Township, the eastern side of the county is home to the majority of African American and Latinx residents; according to the Washtenaw County government, 60 percent of African American residents live in low-income areas. Poverty is one of the factors of the social determinants of health that largely impacts the majority of African American residents in Washtenaw County. Social determinants largely dictate one’s health and well-being, and they are usually economic and social conditions. Education, place of residence and race are among these determinants in addition to poverty.

Low income exacerbates the gap in health between black and white residents in the county. These health disparities occur in two forms: upstream and downstream factors.

“Downstream factors are immediate factors that are proximal towards individual behaviors and health care behaviors,” said Juan Marquez, the medical director of the Washtenaw County Health Department. “It’s things somebody can do. Somebody can potentially eat different.”

Diabetes is one of the largest health disparities among African Americans in the county, and its high rates can be linked to downstream factors. Managing chronic illnesses can be tricky for vulnerable populations, like those of low income.

Mismanagement of chronic illnesses is often rooted in the process of prevention. For diabetics, visits to the specialist and access to testing strips are vital to managing the disease. Although diet is important to preventing diabetes, mismanagement can often stem in exercise inaccessibility.

In years past, the MacArthur Boulevard Neighborhood in Superior Township did not provide adequate places for children to play; there were no sidewalks and little play structures. However, more play structures have been built in recent years. Although the MacArthur Boulevard Neighborhood is starting to make strides in play places for younger kids, there is no practical place for teenagers to spend their time or exercise.

Downstream factors impacting infant mortality can stem from issues pre-birth. When babies die prematurely, the health of the mother at the time of conception is usually poor; often times, the child lost to health deficiencies is usually not the mother’s first, and the amount of time in between pregnancies is usually brief. The mother’s mismanagement of chronic illnesses and a poor diet can have adverse effects on the child’s health.

When stress exists for months or years on end, it is usually labeled as toxic stress. Stressors like gun and drug violence, physical or mental birth defects, food insecurity or racism can cause this long-standing stress. When toxic stress is an adamant part of someone’s life, the chaotic aspect that the stressors bring can divert attention away from important health management steps. In terms of infant mortality, toxic stressors can divert attention away from prenatal care.

Although these downstream factors contribute to this disparity, the gap between white and black parents can most often be linked to upstream factors. These factors are rooted within neighborhoods and the community, funneling into a larger, overarching factor of historical inequities, policies and systems.

“Historically, people of color and poor people have been used in medical studies and experiments,” Stupple said. “But beyond that, I think the distrust stems from a lack of cultural competency in providers. So people, not being people who are providing the service, not just with doctors but with nurses, technicians, and front desk people not being sensitive or kind. When people are accessing services, and people feeling as if they are being talked down to or disrespected when they’re getting services, and that results in a lack of trust.”

The “Tuskegee Study of Untreated Syphilis in the Negro Male,” was an experiment conducted by the United States Government lasting from 1932 to 1972. In this experiment, the government told the 600 African American patients that they had “bad blood” and were going to receive free medical care. However, treatment was actively denied to the patients, causing a of patients to pass it on to their partners and children, or more commonly, death from untreated Syphilis. The legacy of experiments like this are published as falsehoods presented in our textbooks and education.

“There’s also systematic review racism in the healthcare system,” said Heather Vaquera, a prevention specialist in the sexual health program of the Washtenaw County Health Department. “A lot of times people have had negative experiences, or they know people have had negative experiences, so they certainly don’t want to utilize the healthcare system. They certainly don’t want to use a government entity that offers health care services.”

Overall, health disparities in the county linger in income inequality. The gaps in culturally competent health care among African Americans are established in the gaps between income.

I have seen these gaps first hand. Diabetes runs in my mom’s side of the family. More specifically, my black side. Diabetes diagnoses are emulated in my black family members. My mother’s pre-diabetes diagnosis is similar to my grandma’s, and if not taken care of correctly, it can spiral into diabetes –– following my uncle and grandmother’s parents. My family follows suit with thousands of other African Americans that are burdened by health disparities.

“Racism is entrenched, and it causes all of these disparities,” Stupple said. “Plus the fact that people aren’t treated equally, the stress of living in a racist world can actually impact your health.”

Not only do gaps exist in our county, but they exist in the entire United States. This inevitable actuality is rooted in our country’s history: It emanated in slavery; it is written as falsehoods in our textbooks and has manifested into an overarching system.