Every part of me: Mark Mercier 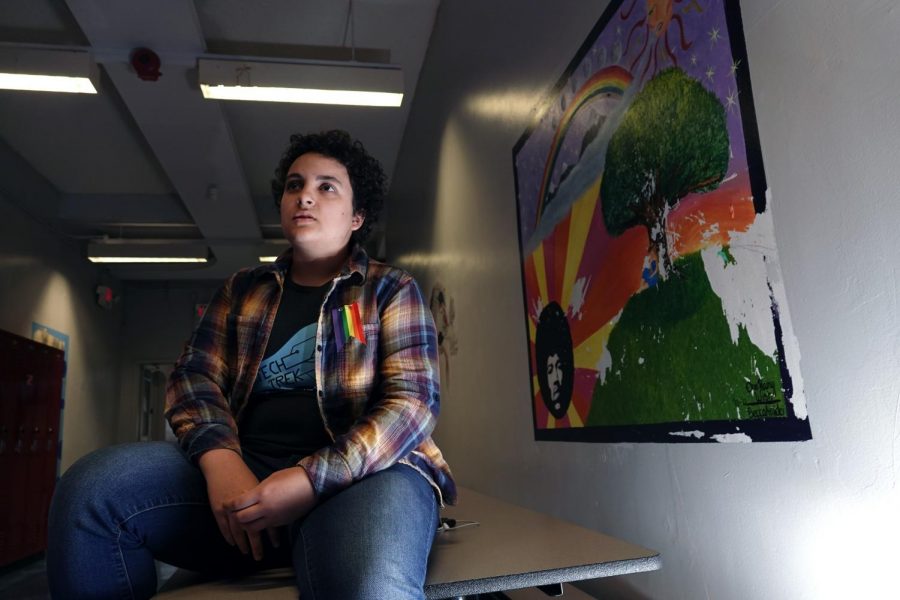 Freshman year, Mark Mercier was sitting at the leftmost table on the first floor of CHS. The new school still felt foreign. At once, he felt a twinge of dread and excitement; he gets the same feeling whenever he goes to a new place. Mercier had just met Chelsea, and had thought, for the first time “I don’t know what you are.”

“What does that mean?” Mercier said.

“I don’t necessarily identify with the gender I was born with,” Chelsea said.

And as the first floor bustled with students holding lunch trays or food they’d bought from neighboring stores walking in and out, or playing super smash bros at the tables, a world opened up to Mercier. He would spend the next two years at CHS sorting out what he’d heard and coming to understand what it meant for him.

“That was when I realized [gender] wasn’t a true or false question — that it was a multiple choice question — after thinking it was true or false for years,” Mercier said. He put his hands up to the sides of his head to mimic an explosion. “It just pshoo! It was mind-blowing.”

Following this conversation with Chelsea, Mercier realized that the term transgender described him and began using it to label himself. In labeling himself and presenting himself to the world, one of Mercier’s main goals is to be comfortable, but he began realizing that there were aspects of himself that made him uncomfortable in middle school.

“I’m fairly comfortable with myself,” Mercier said. “The big thing for me when I was realizing how I identified, was that there were certain aspects of myself that I wasn’t too comfortable with — like how high I was talking, how my chest was growing.”

Now that Mercier has been identifying as transgender for a long time, he realizes that labels don’t necessarily help him feel more comfortable as much as they help others understand him. Once he noticed that, he limited holding himself to labels.

“I used to because I liked having the structure, but, especially since I came to Community, I liked not having as much structure,” Mercier said. “It has bled into how I view myself.”

Although he identifies as male and often uses a male name, Mericer sometimes uses a more gender neutral name. As someone who is transgender, he mainly concerned with his personal safety; he wants a name that’s going to protect him. Mercier says that he feels like being LGBTQIA+ puts a “target on my back.” He compares it to being in New York City, with a million eyes on him.

Mercier isn’t wrong to be worried for his safety: the FBI reported 160 victims of transgender hate crimes in 2018; as of Nov., 22 transgender Americans had been murdered in 2019; and the Human Rights Campaign published an article titled “A National Epidemic: Fatal Anti-Transgender Violence in the United States in 2019” in which it stated that 81% of transgender and gender non-comforming people killed in the U.S. are under the age of 30.

There is cause for hope: The Williams Institute of Law published a study in 2018 and found that average levels of LGBTQ acceptance has been increasing globally since the 1980’s. However, the world for Mercier remains a dangerous place.