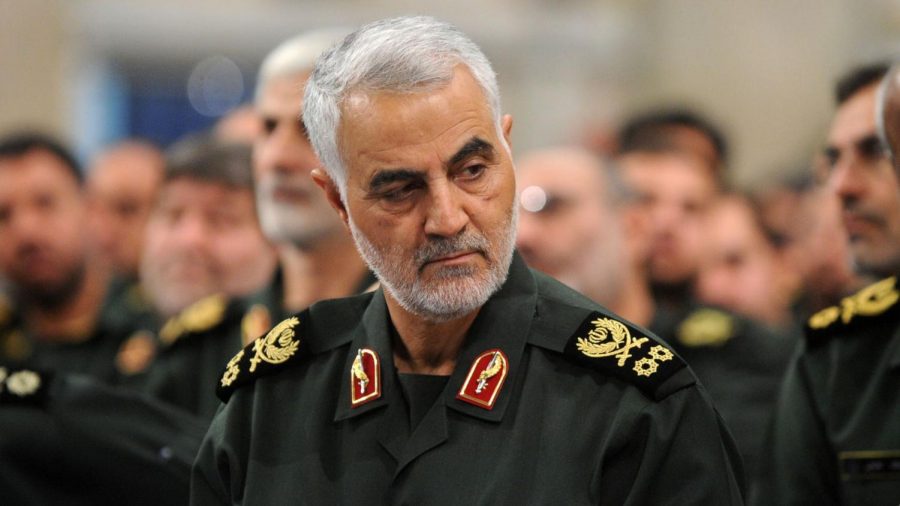 Early on Friday, Jan. 3, Qasem Soleimani was killed by a United States drone strike on his vehicle outside Baghdad. The assassination was ordered by President Trump and is having a large fallout: We still don’t know all the consequences of Soleimani’s murder, as the situation is still developing; so far Iran has already pulled out of their nuclear deal and launched retaliatory strikes, and world markets have dropped significantly.

Soleimani was a very prominent military general in Iran. He was the commander of the Iranian Quds force and essentially the second most powerful person in the country. He was also viewed by many Iranians as a military hero and has been grieved throughout the country since his assassination. The U.S., however, has called him a terrorist and said he was responsible for many American deaths.

Why it is happening?

According to a U.S. Defense Department statement, Solemani was developing plans to attack American diplomats and service members in Iraq. The U.S has been tracking Soleimani for years and previous presidents have had the opportunity and choice to target Soleimani, they have not done so.

How is Trump involved?

After being presented with several options, Donald Trump gave the order to assassinate Soleimani. This was the most extreme choice. After Iran pulled out of the Nuclear Arms Deal, Trump threatened further aggression, writing and posting this tweet:

What was the Iranian Response?

The initial Iranian response was one of condemnation and fury over the murder of one of their most respected and prominent leaders. Huge crowds gathered to mourn Soleimani, and Iranian leaders vowed revenge after the strike. Iran quickly moved to pull out of the Iranian nuclear deal (which the U.S. already did in 2018), saying they would no longer accept restrictions on their production of enriched Uranium. On Jan. 7, only hours after a chaotic funeral for Soleimani in which more than 50 people died in a stampede, Iran announced a further response.

What was the Iranian Missile Launch?

On Tuesday, Jan. 7, Iran responded to Soleimani’s death by launching over 20 ballistic missiles at two air bases in Iraq that house U.S. troops. According to the Pentagon, no Americans or other coalition forces were injured, despite Iranian news networks claiming differently. Trump sent out a tweet saying he would address the nation on the 8th, but “all is well.” Based on where the strikes were aimed, at bases with a small U.S. presence, the attack seems designed not to kill any U.S. soldiers. After the strike, Iran has said that this concluded their attack and they did not seek further escalation or war. They have demanded all U.S. troops leave the country, however.

At this point, a world war is unlikely. Historically, world wars have occurred due to large tangles of alliances. Thus far, the current conflict has remained relatively confined to the US, Iran and Iraq. If the United States does go to war, it will likely not be on U.S. soil. Although this conflict could potentially be devastating for many people, those most in danger are citizens of Middle Eastern countries.

Could you be drafted?

There hasn’t been a draft since 1973 and can be reinstated by an act of congress. The Selective Service System (SSS) would be responsible for the draft if it were reinstated. Who has to register? All cis men 18-25 and all transwomen 18-25. Cis women don’t have to register. You can apply to be a Conscientious Objector on the grounds that your moral or religious beliefs oppose serving in the military. These beliefs don’t have to be religious but cannot be in self-interest — you must show that your lifestyle before reflects your claims. Find out more here: https://www.sss.gov/consobj.

Trump addressed the nation about the attack the morning of Wednesday, Jan. 8. He backed away from further military response, instead stating an intent to impose harsher economic sanctions against Iran and saying that “the United States is ready to embrace pace with all who seek it.” It remains to be seen what the Iranian response to these sanctions will be, as well as how the ripples of this conflict will play out on the global stage.