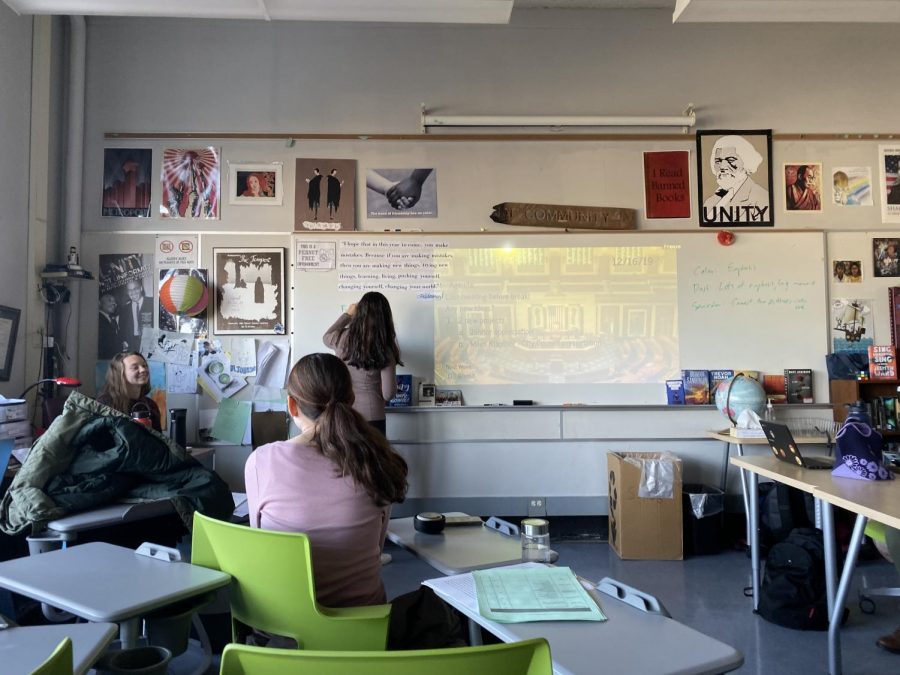 On Monday, Dec. 16, Forum Council (FoCo) met for its last time before winter break. As the sign-in sheet was passed around the classroom, representatives talked with those nearby about issues they saw in the school. These issues were then brought into a large group discussion by co-president Kaitlyn Miller.

The lack of parking spaces was the next issue brought to the entire group. There are only a few free parking spaces in the back lot of CHS and these fill extremely early in the day and are open only to seniors with a parking pass. Any student that can not get into the lot has to find and pay for parking downtown, while every other public high school has sufficient parking spaces for all driving students. FoCo found this issue to be important enough to look into in more depth.

Addressing tokenism at the school and even in the administration is another area where CHS can improve. This issue continues some of the discussions FoCo had around Multi Culti, and even the joint Black Student Union (BSU) and FoCo meetings held in past years. As FoCo works on this in the future, one suggestion was to involve the social justice class.

The two other issues brought up were air conditioners and safety equipment so that should anything happen, students would be able to safely escape from the higher floors. Both of these things should be covered in the $1 billion bond, however, given their importance to FoCo, the leadership team will follow-up with Dean Marci about them.

The next item on the agenda was presented to the council by Miles Klapthor. He is part of the Center of the City Taskforce, the goal of which is to make recommendations to the City Council on how to develop the nearby Library Lot. The Center of the City Task Force has received some ideas and feedback. However, they are especially lacking input from those under 30, nonwhite, and earning less than 50k a year. For this, Klapthor asked FoCo to think about gathering student recommendations or at least for those representatives interested to come to a mass meeting, email suggestions, and talk to friends about the development of the lot.

The final item on the agenda was custodian appreciation. In past years FoCo has created large banners and posters that the rest of the school has signed, recognizing the work our custodians put in. Although the exact specifics of how CHS will celebrate the custodians remain undecided, FoCo hopes it will happen by the end of January.