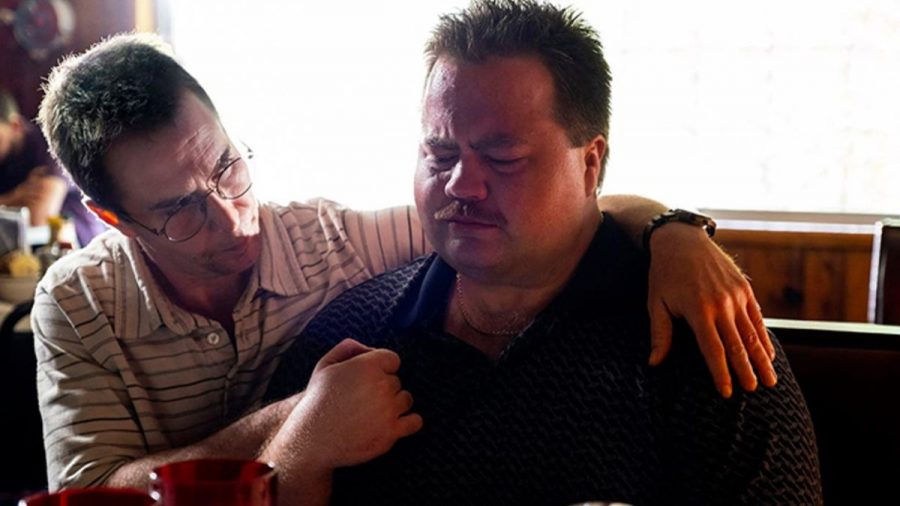 A movie based on the Atlanta bombing of 1966, “Richard Jewell” directed by Clint Eastwood is a film that does more than inform; it is an emotional rollercoaster that makes you sympathize with the cast involved.

Paul Walter Hauser portrays Richard Jewell in the film, an aspiring “law enforcer”, who takes great pride in his relatively small-scale job. A simple man who is continuously looking for acceptance from others through the movie is continually pushed aside because of his overweight appearance and commitment to his job.

In 21st century Hollywood, a stereotypical male lead role is a tall and muscular man, that looks like they could be a professional athlete if not for their acting profession. Eastwood perfectly uses this stereotype, as well as any prejudgements the audience may have, to add yet another layer of emotion to the film.

The beginning of the film establishes Jewell as a friendly worker, which leads him to meet and creating a relationship with lawyer Watson Bryant, who’s portrayed by Sam Rockwell. Just minutes into the film and Jewell’s kindness to Bryant wins the heart of the audience, making the events that follow more impactful.

We then fast forward to July 27, 1996, the day of the bombing attack. The 1996 Summer Olympics were in Atlanta, and the Centinel Park was flooded with people. A seemingly unpeculiar bag is discovered by Jewell, and being the responsible officer he is, he immediately informed his superiors. A bomb is found inside the bag and Jewell rapidly races to clear the area and protect those around him.

Miraculously, this bombing that could have killed 100’s, left only two dead, catapulting Jewell to the spotlight. A common man who had been doing his job to the best of his ability for years was finally being recognized for his service. A feel-good moment in the movie, that is quickly erased.

The FBI investigation for the bomber lands Jewell as the primary suspect, though there is limited evidence. Some shady journalism leaks this private information and Jewell turns into the biggest story in Atlanta.

Jewell, who lives with his mother Bobi, is now being investigated and interviewed relentlessly, and privacy becomes a thing of the past for him and his family. The FBI takes nearly all of Jewell’s household items into the investigation, and uses Jewell’s kind demeanor against him, putting words into his mouth to help the case against him.

Jewell is desperate, leading to him contacting the only lawyer he knew, his old friend, Watson Bryant. Bryant meets with Jewell and comes to the realization that he is innocent and there is no way he could have committed the crime. Bryant sets aside everything to help Jewell’s case, in an effort to save him from being falsely convicted, which would result in the death penalty.

Throughout their time together, Bryant realizes how negatively Jewell’s compliance affects him and asks him to not be himself in order to improve their chances in the case. Gradually though, this fake personality accompanied by the constant pressure and spotlight, ruin both Jewell and his mother mentally. Showing how difficult it is to live without privacy.

Eventually, thanks in part to Richard and his mother’s sentimental speeches, Jewell is removed as a suspect. Though this may seem like a triumphant moment, the tone of the film stays remains relatively pessimistic, as the Jewell realizes that the toll put on him and his mother will always be with him.

Eastwood concludes the film seven years after the bombing, with Bryant informing Jewell that if the bomber had been caught. The man that had put him and his mother so much suffering had finally been convicted. The screen goes black and then immediately reads off the aftermath of the event, beginning with Richard Jewell’s death at the age of 44 from heart-related problems. A heart-throbbing end to a powerful story, leaving the audience silent as we headed towards the exit.

A story based in 1966, relates miraculously well to our current day. In a world where much of the news is delivered in a report first and ask questions later manner, the film shows how much of an effect a simple rumor can have on someone’s life. How the government and reporters can be so set on finding the answer, that they will do whatever is needed to get there. A brilliantly devastating film about a heroic man, whose life and loved ones were ruined by a single claim.