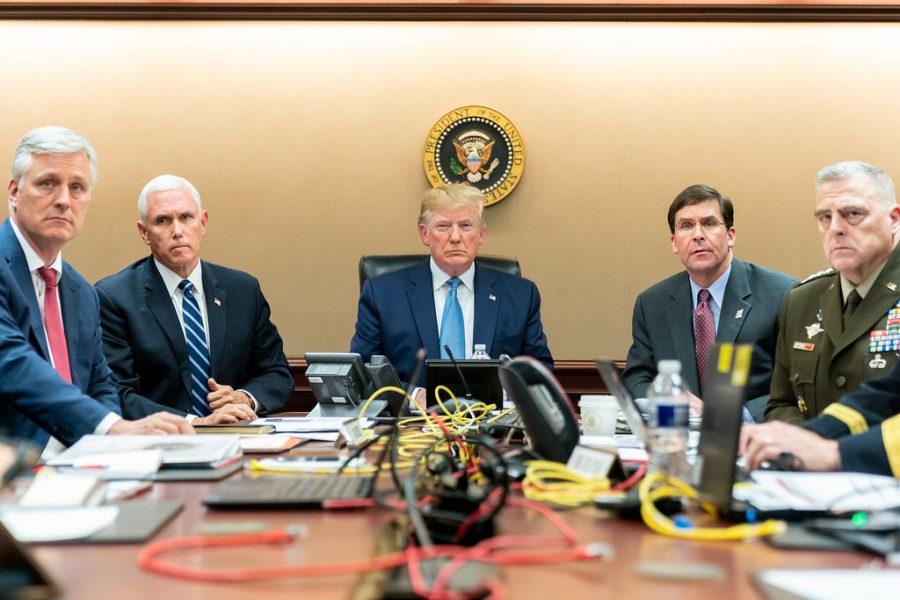 Photo by The White House

Thank God I’m 17. But on May 30, I’ll turn 18. The thought of serving my country when 52 percent of the country and I don’t approve of the man in charge scares me. The killing of Qasem Soleimani came as a shock to not just the public but even Congress was left in the dark on the decision. Considering the assassination of Soleimani will have extreme military ramifications throughout the Middle East, essentially a declaration of war with Iran, the decision of President Trump to not even convene with Congress seems almost tyrannical.

As a teen, I often already feel voiceless in today’s politics but with the divisiveness in today’s Congress; I can’t help but feel as though our democracy has begun to fail. With the impeachment hearings stuck in a stalemate due to refusal to compromise on both sides of the aisle, tensions ramp up our nation and its elective officials continue to be left in the dark.

Jan. 7’s missile strike by Iran on the Al Asad air base in Iraq left the US on the brink of an all out war. The entire situation frustrates me and countless Americans in the fact that we all feel so helpless to the decisions of Trump. We do not want to be at the mercy of Trump; if the killing of Soleimani tells us anything, it’s that Trump does not understand the scale of what he is doing.

The conflict with Iran seems to be a veiled attempt by Trump to distract from the impeachment proceedings. Although I do disagree with Trump politically, the main reason he scares me so much is his erratic and absolute use of power to benefit himself. The democratic nature of our country has been a bipartisan issue all of our nation’s history, but it seems that democracy has fallen out of favor recently.  Trump has made the most powerful office in the world a personal endeavor, often taking policy as a mark against his character or exploiting the office to benefit his own interests.

The impeachment inquiries show this perfectly. Not only did Trump use his office to withhold foreign aid to gain dirt on a political rival but he instructed aides and members of his office to ignore subpoenas. Obstruction of justice allegations aside, the manner in which Trump chooses to conduct himself continues to show that he truly does not care about the checks and balances that our nation was built on.

Thank god I’ll be 18 by the next election. The power to represent myself in our democracy is paramount. In a time when elected officials such as Trump wish to misuse power and misguide the American people, I’m excited to hold our officials accountable. The feeling I once had when watching our nation’s news of being a helpless bystander is no more. Although often we feel helpless, it is best to remember that just by casting your ballot you are affecting change.