Assassination is not the answer 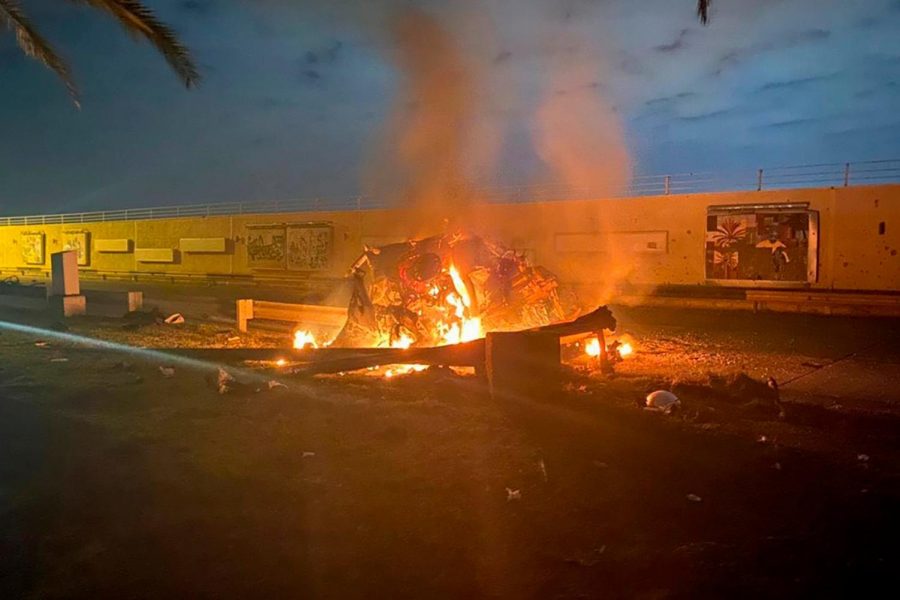 Qasem Soleimani was not one of the good guys.

His lengthy military career began in the 1980s, when he was a member of an Iranian unit at the forefront of the Iran-Iraq war. He quickly rose through the ranks due to his undisputed tactical genius, and in 1998 he was appointed to lead the Revolutionary Guards’ Quds Force. According to the Iranian government, the Quds Force is an elite unit that handles Iran’s “overseas operations.”

The US government has labeled the Quds Force a “foreign terrorist operation.”

During the Iraq War in the early 2000s, the US believes it was Soleimani’s units that provided deadly armor-piercing bombs to Iraqi insurgents; bombs that have killed thousands of soldiers and civilians. When in 2011, Quds Force officers tried and failed to assassinate Saudi Arabia’s ambassador in a Washington café, Soleimani was implicated. More recently, he was blamed for orchestrating the attacks on coalition bases in Iraq. Secretary of State Mike Pompeo holds that he was planning “imminent” attacks against US forces.

That still doesn’t make it right to assassinate him.

The reason for why he should not have been assassinated, of course, is the same reason why he was: because of who he is.

By 2019, Soleimani was probably the second-most powerful person in Iran, behind their supreme leader. He was beloved by the Iranian people, most of whom viewed him as a “selfless hero fighting Iran’s enemies.” So when the US assassinated him in a drone strike, how could Iran possibly be expected to react in a way other than fury?

Already, Iran has launched ballistic missiles at US bases in Iraq in retaliation. Thankfully, no one died in the strikes, and the US has backed away from escalating any further conflict. But that was just Iran’s instinctive, immediate retaliation. Who knows what else will come later.

Before they even launched the retaliatory missiles, Iran also announced in response to Soleimani’s killing that they were pulling out of the Iran Nuclear Deal, saying that no longer accept restrictions on their production of enriched uranium. With Iran out of the deal, they take a significant step towards nuclear weapons. Simply put, the world becomes a less safe place.

This is the reason previous US presidents chose not to assassinate Soleimani. Multiple presidents have had the option to take him out; he has been an enemy for years. But all of them have forgone assassinating him, we can assume because of the dangers of killing such a powerful figure in such an unstable region.

At least under those past presidents, however, were they to have assassinated Soleimani we would have had a stable leader to lead us steadily through a time where careful diplomacy is needed. Our current president is an erratic egomaniac who called the dangerous dictator Kim Jong Un, “rocket man.” We should have little to no faith in his ability to successfully navigate a diplomatic minefield such as this.

So yes, unlike past administrations, our president went with the most extreme option presented to him: assassination. But what was even the best case scenario? By definition, imminent attacks mean there are immediate threats soon to occur, but our president approved the attack seven months prior to the actual strike. What’s more, US officials have said the suggestion that there were to be imminent attacks from Solemani was “razor-thin.”

Even if there were to be an attack, does killing the second most powerful leader in a theocratic state solve the issue? It simply does not. It only escalates and intensifies the situation at hand. Let’s look at the timeline after the killing of Solemani: first, the Iran Revolutionary Guards Corps (IRGC) fiercely states that harsh revenge is forthcoming and then proceeds a vindictive attack at the US bases in Iraq. We’ve then seen Iranians take to the streets of Tehran, protesting the killing of their military leader chanting, “We will take revenge for our murdered compatriots.”

As the aftermath drags on, it becomes clearer that our ignorant and impulsive president made the wrong decision. Unneeded US-Iran conflict sprouted, generating dual-citizen fear that a deadly war was looming, and the once critical Iran Nuclear Deal has simply become irrelevant.

And all this is the outcome of a loose and faraway call to assassinate a powerful general in an unstable regime. In this current, hostile and intense situation, only one thing’s for certain: this US assassination has undoubtedly done more harm than good.