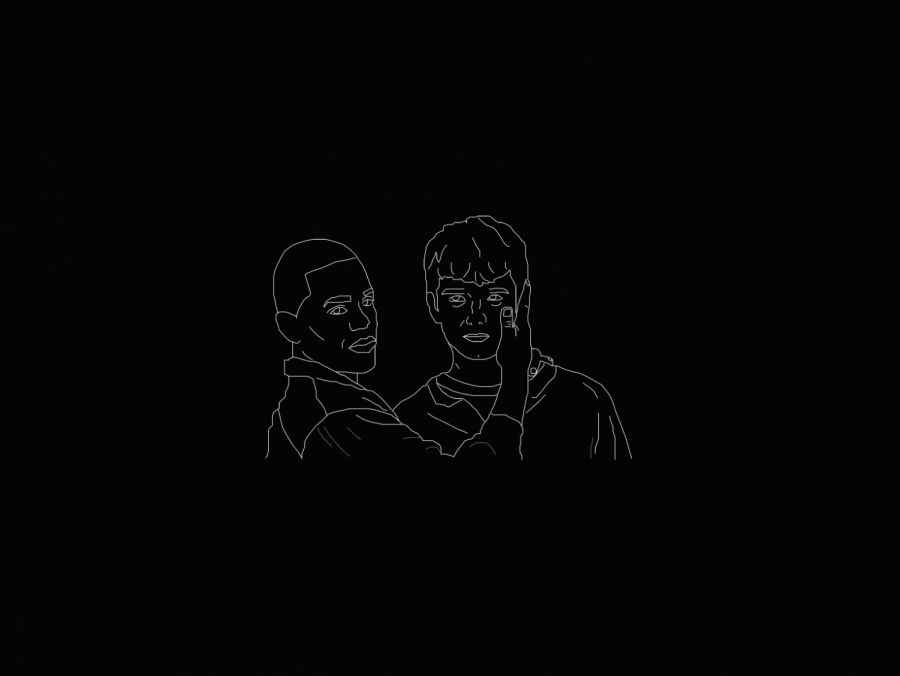 The familiar sound of the Netflix Original title sequence played throughout the Harris household as Dr. Lisa Harris and her daughter Lila settled in for a night together to watch a popular new show. The mood was calm. Only moments later, Dr. Harris gasped in shock as the sound of bouncing bedsprings filled her home, accompanied by an even more graphic image.

“Sex Education” took viewers through the life of Otis Milburn, a 16-year-old boy who’s mother was a sex therapist. Otis took on the role of “sex therapist” by starting a sex advice business with help from fellow classmates in attempt to answer sex questions among their peers.

When opened with a sex scene, “Sex Education” made its objective clear. But initially CHS health teacher Robbie Stapleton thought the show was too over-the-top and exaggerated ideas surrounding sex.

“It was just so black and white,” Stapleton said.

However, as Stapleton watched more, her opinion drastically changed. She fell in love with the show and its characters – especially Otis.

“What I love about Otis is that he is a sensitive, caring, smart, young man,” Stapleton said. “If there were more boys like Otis out there, [they] would change the world. He’s being who I think a lot of boys want to be, but are too afraid to do so.”

Stapleton was not the only one that thought highly of Otis. Dr. Harris, an OB-GYN for the University of Michigan, thought that Otis took on a deeply important role in conversations about sex that aren’t commonplace.

“Otis fills this really vital need that is just emblematic in a lot of places,” Dr. Harris said.

When Dr. Harris began watching this show with her 16-year-old daughter, she was taken aback by the boldness. It certainly was not what she expected, but she was all there for “Sex Education.” Being the co-medical director of Planned Parenthood of Mid and South Michigan, Dr. Harris talks about sex a lot — especially with young audiences. She praised how “Sex Education” filled the educational void schools had left.

“I’m not sure where else you learn from, because no one else is having these conversations,” Dr. Harris said. “It really deals with a lot of the questions people have. Especially with all the fears that people have around sex and the stigma around both being sexually active as well as not being sexually active and virginity. It’s starting conversations that people don’t really know how to have that are really important.”

Many who watched the show agreed that “Sex Education” said the things they were all thinking but never said.

“A really sad part of contemporary life, or certainly life in the US, is that there aren’t spaces for everyone to figure out what sex means to them and their sexuality and how they express it, and what they do and how to get questions answered,” Dr. Harris said.

Stapleton agreed with Dr. Harris in that sex is apart of everyone’s lives yet it remains a very taboo thing to talk about.

“I love it because it forces us to talk about stuff we are very uncomfortable with,” Stapleton explained. “In this country we are saturated with it and we can’t talk about it, but we can see it. It sells everything from butter to cars, and this show is like, ‘If we’re going to talk about sex let’s talk about sex.’ Let’s be honest about it.’’

Dr. Harris does believe that TV shows, including “Sex Education”, “take real life and put it on steroids,” but she also spoke on the many realistic and accurate aspects from the show. In season one, one of the main characters, Maeve, had an abortion. Dr. Harris loved how on the nail “Sex Education” was by including non-judgmental and kind healthcare workers.

“I genuinely thought it was kind of educational,” said Angelina Smith, a CHS senior. “I felt like, especially in the second season, if schools had better sex education resources there definitely wouldn’t be huge issues with the spread of STIs, and there would be more awareness around consent and just lots of other sex-related issues.”

“Sex Education” seemed to take the recurrent “Am I normal?” question and answer it in hundreds of ways for many people. Overall, season two ended with amazing reviews and although Netflix has yet to confirm anything, a third season is quite likely.