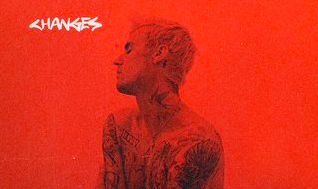 Singer-songwriter Justin Bieber has been a musical icon in the music industry since 2009. Since then he has come out with five studio albums all ranging with different styles and sounds. However, on Feb. 14, after a five-year hiatus, he dropped his latest highly anticipated album “Changes”.

Before the album came out, there was immediate speculation about it after he gave a very pressuring notion to his fans after the release of his latest single “Yummy”. People were upset because he gave a very demanding attitude to all of his fans to download the song and make it “Number 1 on Billboard Hot 100,” when all along many people did not enjoy the song’s tune, meaning and questionable repeatable lyrics.

Even though many people didn’t like how he was advertising for the song, it only left questions as to why he Bieber was putting so much pressure onto it in the first place. Some speculated it’s because this is the best song on the album; and instead the remainder of songs will be about progression, mental health, and his new marriage to wife Hailey Bieber.

Unfortunately, it was disappointing to listen to the album and hear a 17-track album where all the songs have the exact same R&B-Pop beat and are centered around sexual interactions and dependency on his partner.

Starting off as the first song on the album, having a more mellow flow, Bieber starts off by describing the loss and confusion he felt before finding his wife. The lyrics then flip and center around how he needs Hailey around him all the time.

“Room for you in my coupe, let me open up the door, Open up my eyes to a feeling’ I can’t ignore, I need you all around me,” he says in the song. Overall, the song is kinda uncomforting, there isn’t a catchy rhythm and the lyrics are hard to understand. However, there’s one thing about the song in particular that is coming off as disturbing for listeners: for the last 5 seconds of the song all that’s playing is what is believed to be the sounds of babies giggling. Not only is it weird, but it’s distracting for the song, especially considering it’s about the needed time between a husband and wife; when in reality a baby would come in between that, and there is never any clarification for what it stands for.

Coming in as the third track, “Come Around Me” starts with a beat nearly identical to “Habitual,” the previous song on the album. The beat comes off as unoriginal, and one of the near “copy and fix-up” pieces that continuously happens in the albums.  Overall the beat is boring, and the meaning is once again about the relations with his with, which after three straight songs with the same purpose gets repetitive and obnoxious. People were also concerned and distirbed by the overall lyrics. Some claiming they come across as “demanding, and too emotionally dependant” on one person, as well as others being disturbed by the song’s meaning revolving around his sexual relations with his wife.

As stated previously, the fifth album song “Yummy”, is not only one of the most popular, but also one of the most dislikeable songs. “Yummy” first starts off with a series of over repetitive lyrics; to then go into non conforming and confusing lyrics.

“Bona fide stallion,  Ain’t in no stable, no, you stay on the run, Ain’t on the side, you’re number one, Yeah, every time I come around, you get it done,” Bieber says in the song.

It’s not only uncomforting, but also unintriguing, especially considering it’s yet another song about his sexual relations with his wife. Which is not only unoriginal, but can be unsettling to listeners.

Coming in as the sixth song on the album, “Available” also comes in with very similar R&B sounds to what’s present on the album. The song also comes off as another song about the intimate relations and dependent emotions between Justin and Hailey. At this point it’s just exhausting to have to keep having these repetitive themes. Like “Come Around Me”, it’s another song that also raises concern about Hailey with confusing its lyrics. More specifically, the entailed dependency Justin continuously demands in the album.

“Don’t mean to sound desperate, But you made it like this, Say I’m number one on your to-do list, I’m available, I’m available,” He says in the song.

Even if the song has a deeper meaning, it honestly just comes across as disturbing. And like a few other songs, the demanding pressence tied with the affiliation of what love is, it can easily come across as a perspective of emotionally abusive.

Overall, “Changes” was a complete bust and let down. Having just gotten diagnosed with Lyme disease and Mono, cancelling a stadium tour, and admitting to struggle with mental health, it’s no wonder people were expecting that deeper, realer perspective in his album. However, all along it was just a 17-track album about the purpose of his marriage. And having fans wait half-a-decade to new work from the artist that he called “developmental progress and growth,” and even naming the album “Changes’ ‘, it’s disappointing he threw away giving in on all that potential.

Almost every track seems rushed, and they all have a very similar beat. All while each song has a near exact meaning, it’s just boring to listen to and overall just bad music. Weather, it’s the endless confusion of non-sense lyrics, to thousands of fans concerned about the wellbeing of Hailey from the audacity of these songs, to the anticipation of the album leading to and an hour-and-a half of uncreativity a top of the same R&B track continuously reimagined, this album was disappointing, and we deserve something better. It’s confusing why Justin chose to not release songs about topics that are rarely seen in the music industry, yet turtled back into a shell of the same performance and music patterns. Even though it’s a total let down, all we can hope for in the future are some changes.

“All Around Me”
“Habitual”
“Come Around Me”
“Intentions” feat. Quavo
“Yummy”
“Available”
“Forever” feat. Post Malone & Clever
“Running Over” feat. Lil Dicky
“Take It Out On Me”
“Second Emotion” feat. Travis Scott
“Get Me” feat. Kehlani
“E.T.A.”
“Changes”
“Confirmation”
“That’s What Love Is”
“At Least For Now”
“Yummy (Summer Walker Remix)” with Summer Walker