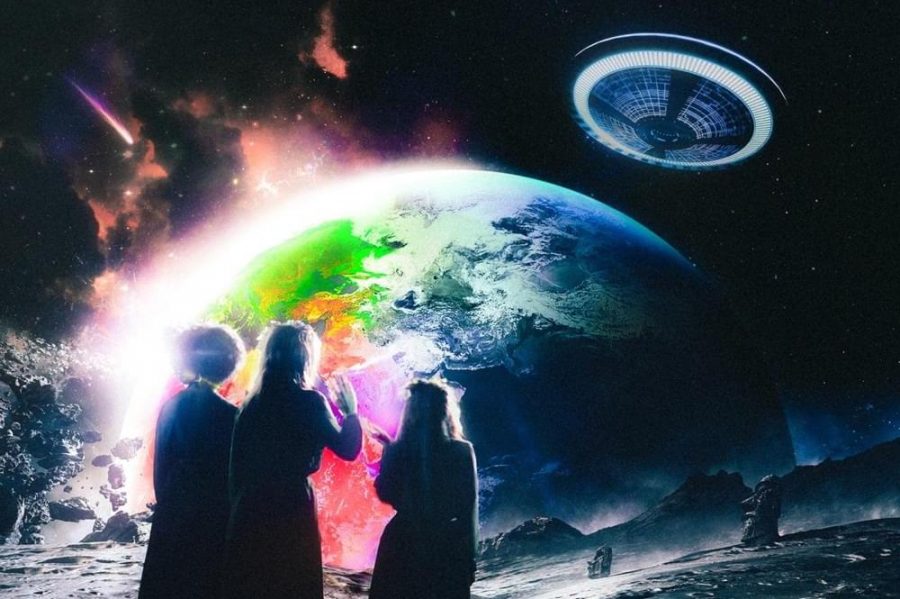 Symere Woods, aka Lil Uzi Vert, has finally delivered his album “Eternal Atake.” Originally announced in 2018, fans have waited for nearly two years for Uzi’s newest release. The hype and mystery surrounding the project has led to incredible expectations whether you hate or Love Uzi.

In the end Applewhite saw a comet passing by Earth as the closing of heaven’s gates and claimed a spaceship was following the comet waiting for them. Applewhite called for all 39 members of Heaven’s Gate to take their own lives in order to board the spaceship. The resulting 39 deaths caused a frenzy of media attention, quickly becoming a nationally broadcasted story. News reports of the event obviously caught the attention of a young Uzi.

The album’s teaser trailer references the cult by picturing women in purple robes, a reference to purple sheets used to cover bodies found within the Heaven’s Gate compound. A spaceship is also incorporated into the cover art as a nod to Applewhite’s original claims of a spacecraft following the comet.

This theme of space continues into the music itself, during the outro of “POP” Uzi appears to be abducted. As a whole the production and beats that appear on this album are influenced by the sci-fi predictions of Applewhite. On the song “You Better Move” the beat is composed of an alarm going off and laser beam sound effects.

On the other hand “Prices” and “P2” stand out due to their production more than the lyrics. “Prices” features a sample from the song “Way Back” by Travis Scott. Uzi creatively uses this sample and some space special effects to create an audible masterpiece. The reverb sounding effect combined with the choir used in the sample leads to an almost ethereal sound. The song “P2” is the same song as Uzi’s hit single “XO TOUR Lif3.”

Overall the album delivered about what fans were expecting. Although most opinions are mixed it is safe to say if you enjoy any of Lil Uzi Vert’s music you should definitely give “Eternal Atake” a chance.