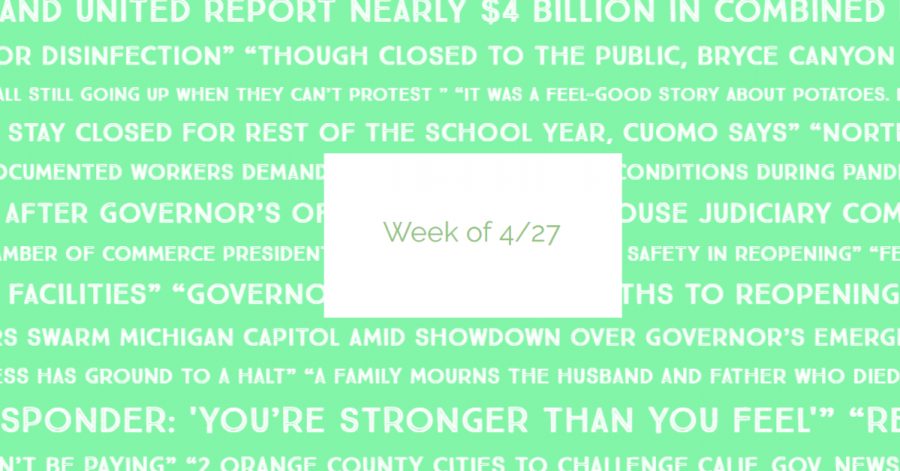 “Amid a Rising Death Toll, Trump Leaves the Grieving to Others” By Peter Baker, The New York Times

While in office President Trump has failed to show much emotion to the public, and in particular, has failed to mention the number of American lives lost to the Coronavirus. Recent presidents including President George W. Bush and President Barrack Obama both showed the public their grieve at the loss of life during 9/11 and the Sandy Hook school shooting. This article points out Trump’s lack of empathy in public, but also mentions his emotion he has shown to some in private.

“In Praise of Pessimism”  By Jennifer Senior, The New York Times

This short opinion article describes what defensive pessimism is and explains its negatives and positives in relation to the Coronavirus. Defensive pessimism has shown to be a positive trait, because these are the people that were better prepared for the pandemic and took action quicker. Though defensive pessimism could be detrimental down the road as the country starts to re-open and these people are still taking many precautions.

On this page a graphic can be found showing which states are still under stay-at-home, are partially re-opening, or have plans for partial re-opening. Below the graphic more information is provided for all of the states.