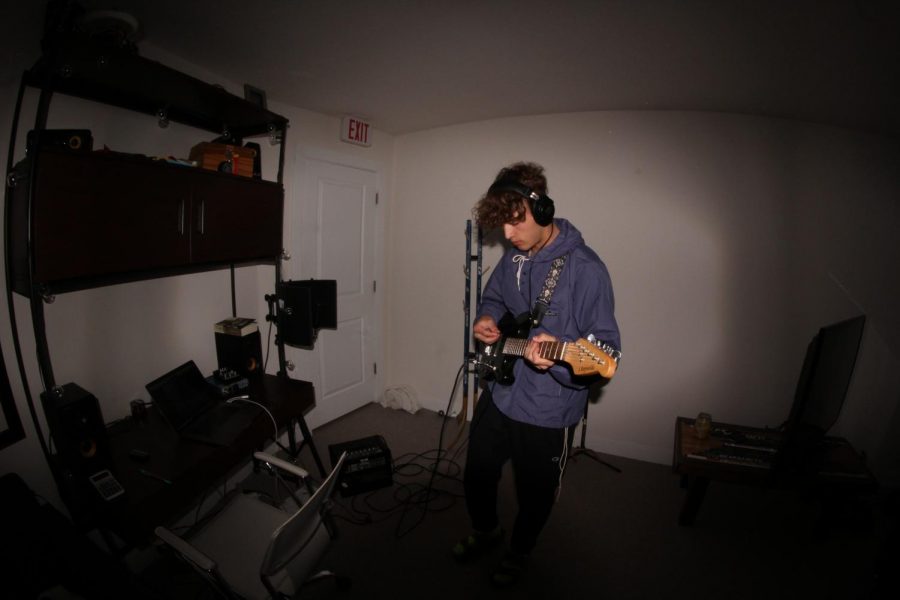 CHS junior Finn Kilbride sat in his bedroom as a soon-to-be highschool freshman, watching a livestream hosted by an up and coming music producer, Ian Diorr. His eyes darted across the screen, working indefatigably to piece apart the software in which the young producer worked. For Kilbride this was by no means the beginning of his musical career, but it did represent a turning point; from parent mandated piano lessons to self produced and performed singles.

“I’ve played the piano my whole life and grew up playing piano recitals,” Kilbride said. “My mom made me take piano from when I was five years old so I’ve always had music in me.”

Only one semester into his freshman year, Kilbride released his first song on Soundcloud titled “Don’t Tell Me”, which he produced as well as sang. Now, two years later, Kilbride is riding the recent release of “Such a Mess,” a song about overthinking things and getting in your own head. He says the goal of the song is to discourage people from letting small issues have big impacts on them.

Kilbride’s creative process is largely spur-of-the-moment, often writing about subjects that happen to be on his mind when he puts pen to paper. His first song took 10 minutes to produce and another 20 to write. The speed with which Kilbride can make a song allows him to create at an impressive pace.

One challenge Kilbride faces though is resources. As he began making music he realized that he lacked the equipment and experience needed to create an extremely polished sound. However, Kilbride has leaned into what some may consider a handicap, and incorporated it into his artistic style. He has embraced a grittier and more raw finish that gives his discography a noticeable cohesion.

“It started out as a limitation but I’ve changed it into something that is actually me,” Kilbride said. “I think just trying to be unique and find my own sound has been one of the biggest goals from the beginning.”

Moving forward Kilbride has big plans. He is looking forward to setting up a live show and is working on an album as well. While he accepts his thousands of Soundcloud listens with open arms, Kilbride isn’t making music to garner notoriety.

“It’s been a way for me to get away from everything else and I’m gonna keep doing it,” Kilbride said. “It’s my way of expressing myself.”