“Crisis Mode:” How COVID-19 Has Revealed The Failures of Social Support Systems 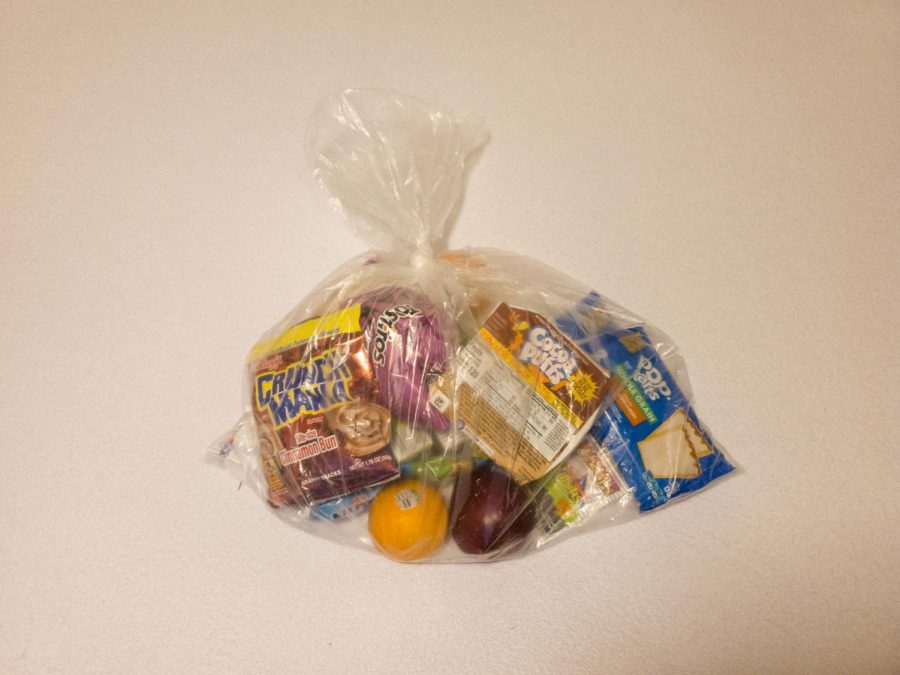 A week's breakfasts for one child from Ypsilanti Community Schools' food distribution. The food provided to students by the district has been sugary and devoid of protein due to difficulties with suppliers.

COVID-19 and the safety guidelines that it has necessitated have changed life for billions of people around the world. It has been dubbed “the great equalizer” by celebrities in milky bathtubs, a scourge that kills without regard to status, class or race. Activists and public administrators have quickly found that the opposite is true.

“Three months ago, a lot of families were just hanging by a thread,” said Colleen Klus, parent liaison for the Washtenaw Intermediate School District (WISD). “And what COVID-19 has done is kind of pushed a lot of those families over to where they’re in crisis mode.”

Klus works at the WISD with the Success by 6 Great Start Collaborative. The collaborative is, according to their website, “a group of over 40 organizations working together to strengthen and streamline the early childhood system of programs and services in our county [so that] every child in Washtenaw County will start school ready to succeed.”

Klus and her colleagues focus in particular on some of the poorest parts of Ypsilanti and Superior Township. When dealing with early childhood education, context is important.

“Families don’t live in vacuums,” Klus said. “And so, while the families that we talk to really want their child to have a good education, there are other barriers that stand in the way.”

These are barriers like institutionalized racism and structural inequality. In Klus’ role as parent liaison, much of her work is providing parents facing these barriers with the resources they need to help their children succeed.

“Everything that we do is focused around equity, inclusion and social justice,” Klus said. “That is the lens in which we approach all of our work.”

Those foci are being especially challenged during social distancing. In a myriad of ways, the COVID reality has magnified challenges faced on a day-to-day basis.

Many parents who are essential workers rely on public busing to get to work, but service has been cut in an effort to prevent the spread of the virus.

These essential workers also have children at home for an additional six hours a day, time newly liberated by statewide school closures. Childcare is available but expensive, an additional cost during an already difficult time, and has forced parents to choose between leaving their children unsupervised (which is impossible in cases with young children) and their livelihoods.

In a way, these parents are the lucky ones. Many service industry jobs have been eliminated completely, like the Uber and Lyft jobs that have dried up for scores of Arabic families. The country has seen, at the time of publication, nearly 37 million unemployment claims in the last few weeks. This puts the current unemployment rate at almost 15%, quickly approaching the Great Depression-Era’s 25% peak.

“But unemployment is a real bear to have to fill out,” Klus said. “Especially if you are a contract worker, like an Uber and Lyft driver, and if English is not your first language… That has been a real struggle for a lot of the families that we work with.”

Many jobs, including Klus’ own, have been able to move online and allow quarantined work from home. This is difficult, especially with children to care for, but Klus shuddered at the alternative that many of the families she works with face.

“If you just think about the time that it takes to jump through all of those hoops, I mean, it’s exhausting,” Klus said.

Klus’ children in Ann Arbor Public Schools have been doing their schoolwork online for weeks now. Ypsilanti Community Schools (YCS) device distribution for families in need of computers and tablets happened the week of April 27 — after AAPS online school had already begun.

“This is not saying anything negative about Ypsilanti Community Schools, because they have also been coordinating food [distribution], and there’s a huge unaccompanied, homeless youth population that they have to help,” Klus said. “There are lots of families who are homeless that the district is trying to help connect to places to live.”

YCS staff has been beset with intense challenges, but, with the closing of school buildings, the families have faced an even more devastating breadth of destruction. As a Title I school district, YCS offers laundry facilities in their schools. Many of their families depend on these facilities as an affordable option. Then, of course, there is the issue of the actual education of their children.

“What we hear so much from families is they say, ‘I don’t know what to do with my kids,’” Klus said. “Most parents are not teachers. I’m not a teacher. So what do they do with their kids all day?”

Formal distance learning began for YCS the week of April 27, according to the district’s Continuity of Learning Plan mandated by the state government. This means students were not in school for six full weeks.

“The further that you get away from kids being in school and having that routine, the more difficult it is to get them back on track.” Klus said. “What does this mean for the education of the children in Ypsilanti Community Schools when there is this large gap between when school stopped and when we can actually get any type of curriculum to them?”

Beyond education and laundry services, families depend on YCS for food.

“Every student that attends Ypsilanti Community Schools receives breakfast and lunch at school, because they’re a Title I district,” Klus said. “So that has been a real strain on families, as far as having to feed them breakfast and lunch seven days a week instead of just two days a week. There is food distribution through YCS… but what we’re hearing is that even though that’s wonderful, kids are still eating a lot more at their homes than just the food that they get from food distribution.”

Distributing food to schoolchildren is a task the public school system is normally responsible for on a daily basis, but the circumstances have presented unique hurdles. How food distribution currently works is families drive up to the distribution location, and the food is put into their car. This presents a huge barrier regarding location, means and ability, leaving out many families. Klus’ trusted parent advisors have used their community connections to contact some of these families, but many have slipped through the cracks.

This system’s complexity means it is fragile and vulnerable to disruptions.

“One of the volunteers at the food distribution sites tested positive for COVID-19, and so everybody who worked with him had to quarantine themselves for 14 days,” Klus said. “That included some of the people who are on my team. When we talked about it, the first thing that all three of them said was, ‘Oh my god who is going to get food to families if we can’t go?’ And then the second thing was, one of the trusted current advisors got emotional and said, ‘The babies look forward to seeing us every week, they’re so excited when we drive up, how can we not bring the food?’ So what happened was, there were three other coworkers who jumped in and said, ‘We’ll do it.’ So they ended up going and covering the food distribution. And when the quarantine was over for those three – they never showed any symptoms or anything, they were completely fine. When the quarantine was over and I was like, ‘Are you sure that you want to go back, obviously there is no pressure.’ There was no hesitation for any of them that they would be back for distribution the next Thursday that they were able to go.”

The state of Michigan has added funds to the accounts of families who qualify for free or reduced lunch, but many say that this is not enough to cover the additional cost of feeding children during this difficult time. These Electronic Benefit Transfer accounts, or “bridge” cards, have also caused difficulties.

For people without cars, this means they have to use a reduced, risky bus service to buy essential items. For people with kids unable to be left home alone, this means they must take them into stores, adding to hassle and anxiety. For anybody, this means exposing themselves and those they live with to COVID-19. And for many, more than one of these conditions apply.

Now, families are not only economically and socially struggling. Many of the families Klus and her trusted parent advisors work with are Muslim, which means they celebrate the month of Ramadan.

Ramadan is a month-long holiday that, this year, lasts from April 23 to May 23. During the month, Muslims refrain from sinful behavior and fast in order to devote themselves to prayer and community service.

Fasting will be especially difficult for practicing Muslims this year with limited distractions from hunger, and prayer will also be difficult with no childcare. Additionally, much of the food provided does not follow halal guidelines, ones that are especially followed by Muslims during this holy month. The community service aspect of the holiday will be nearly impossible.

“Not being able to spend time together and not having opportunities to give back is really weighing on a lot of the shoulders of the families that we’ve been working with,” Klus said.

For children, this year’s Ramadan may prove disappointing for other reasons: gifts, normally received at the end of the month.

“Families were not necessarily expecting in March that this would be going this long, so families really are not prepared,” Klus said. “Plus, there’s been so many financial issues that have come up, so a lot of families really don’t have the resources to buy gifts. All these kids are going to be without gifts, and what do we do about that? If this was happening during Christmas, people would be falling over themselves trying to make sure that kids had the most magical Christmas.”

Communities in America that are challenged most on a daily basis are bearing the brunt of the societal pressure during the COVID-19 crisis, a stark fact that many are either unaware or ignorant of.

“Ann Arbor is full of some really aware, conscientious individuals who want equity, and want kids to have the best opportunities,” Klus said. “I think that we have a real opportunity to have a big impact in our neighboring city. But the most important part of that is to listen to people who actually have experience working in the communities.”

Klus said that beyond this crisis, these issues will continue, and these people will continue to need support.

“I want there to be a broader conversation for people who are looking for ways to support right now. There’s always a large need.”