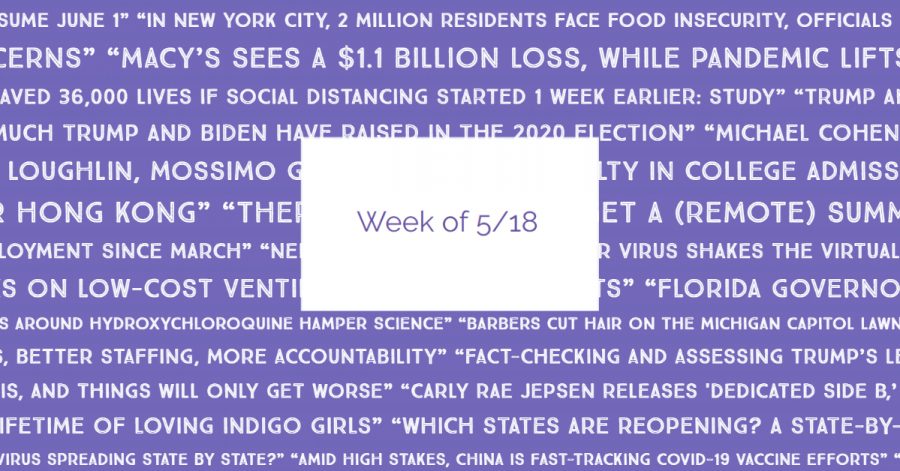 “Americans See Climate as a Concern, Even Amid Coronavirus Crisis” By John Schwartz, The New York Times

Scientists feared concern for the climate and global warming would decrease due to the current crisis. Many Americans have not shifted there views on the climate, and see global warming as a current threat. This article also speaks to the fact that there has been a recent emphasis to listen to scientists and experts.

“Rising to the Call” By Ed Kashi, The New York Times

In New Jersey, a state with almost 150,000 cases and many deaths people around the state have come together to help their communities. This article shares a few stories from people around New Jersey.

Due to recent rainfall in Michigan almost 10,000 people have been evacuated in the areas around the Edenville and Sandford dams. During this pandemic, natural disasters don’t stop like other things can. It’s interesting to think about people being evacuated, where are they going?