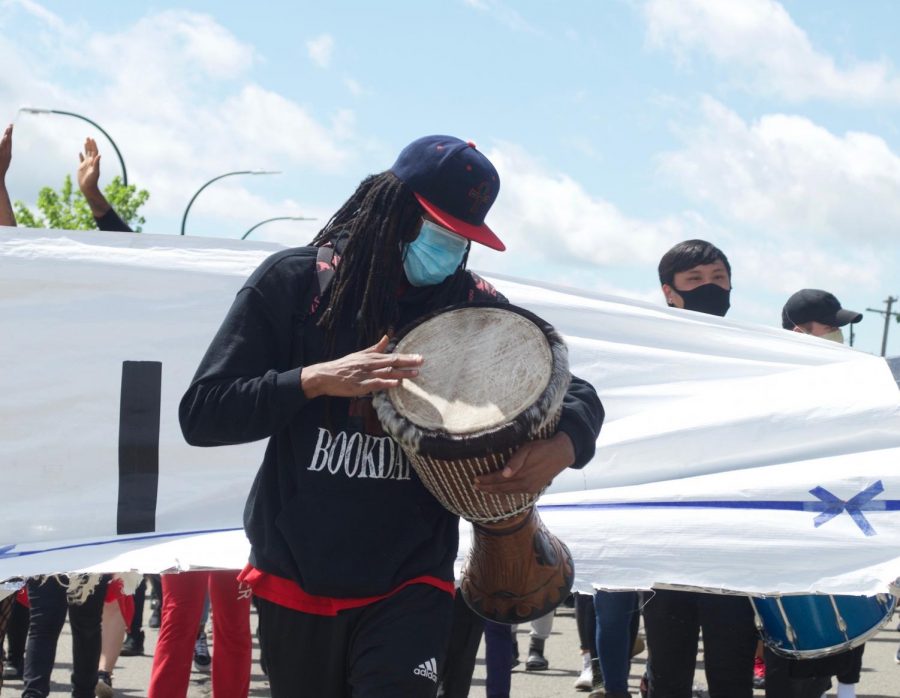 Recently, my white aunt reposted someone’s photo on Facebook. It was a picture of two officers in riot gear coaxing a police horse with a bloody bandage on its nose. The caption read, “WOW!!! RIOTERs in Dallas, TX threw bricks at the Mounted Patrol, harming at least one Horse’s Head! And before ya comment some stupid sh*t, please remember this, I like animals more than humans.”

Besides the occasional picture reminding her followers to stop judging people of all backgrounds and to #StopLabeling, this has been her only comment on the current tense climate in the country. This is the same aunt who has black family: two mixed nieces, a black sister-in-law, a black mother-in-law and a black father-in-law.  This is the same aunt that has told me she loves me countless times, picking me up after an embrace and spinning me around. This aunt is tied to the legacy of systemic racism that her black family has felt for centuries.

But is my life unequivocally less than a horse’s?

For nearly 400 years, Black Americans have been subjugated to a corrupt, racist and unequal society. The country was built upon the backs and the blood of slave labor, contributing to the development of gaps in health, housing, education, opportunity, wages and life expectancy between black and whites. When the dehumanization and subcategorization of people of color has manifested in our country since the first colonizers stepped foot on this land, it is no surprise that people are angry, frustrated and sad.

However, the pandemic has hindered activism and protestation. Many people are unable to participate in demonstrations themselves, especially those with greater risk to the virus. Paradoxically, Black Americans are disproportionately affected by the coronavirus; according to CNN, as of early May, black Americans contribute to nearly 60% Covid-19 deaths nationwide while they make up only around 13% of the country’s population.

And we are still protesting.

It is painfully obvious to see who our real allies are during this time. The stark differences between posting a cartoon image of one of the black victims, posting the receipts from a donation and sending out resources of where to donate are embarrassing. In Ann Arbor, our bubble allows the majority of us high schoolers to see the same images and resources posted over and over again. And my white peers who I’ve heard utter the N-word or disregard black lives in the past have shrugged me off when I’ve tried to talk about racial injustices. As they continuously obsess over black culture, their participation during this time has been limited to an indolent repost of a black square or of performative activism by the police to prove to other white Ann Arbor teenagers that they are “woke.”

My own neighbor, of whom it is rumored that she has said she’s scared of black people, has posted something about Black Lives Matter. What we need most right now isn’t a drawing of George Floyd surrounded by flowers –– it’s the total support and sincere allyship from white people. Their voices have always had the most power, the most influence and the most resonation.

My life will never be pricetagged at the expense of a black square on my Instagram feed, or the occasional superficial activism brought about by my non-black peers only when the national attention drawn to black lives becomes a social media competition. Although it’s important to see the exhaustive attention to the Black Lives Matter movement this past week, the action taken by my non-black peers and friends is limited to Instagram stories. Every other day of the year, black lives are constantly under scrutiny and threat, and my non-black peers’ silence then reverberates louder than ever. I don’t know if I’ll ever decipher my aunt’s Facebook posts or even muster the right words to say to her. But, I know I will never submit to the fact that she holds a horse’s life to a higher worth than mine.