Oct. 12, 2005, the first Ace Attorney game, “Phoenix Wright: Ace Attorney,” was released for the first time in the United States.

Developed and published by Capcom, this classic visual novel series follows the life of rookie attorney Phoenix Wright, as he takes on murder cases and attempts to win his clients a “not guilty” verdict in the wacky alternate version of California he lives in. Though its initial 2001 release on the Gameboy Advance was a hit in Japan, it was not until four years later that it was finally ported in English on the Nintendo DS.

Even after this and its many future installments released on more popular consoles, like the Nintendo DS and 3DS, it never quite gained the fame many other titles on these platforms had. The game’s biggest problem was how inaccessible it was, having largely been published on now-obsolete systems in our modern world of gaming.

But now, it’s easier than ever to play the original three games that made the series what it is today.

2012 up through 2019, Capcom released the “Phoenix Wright: Ace Attorney Trilogy HD” as a compilation on a vast array of devices and consoles, from Windows to Xbox One, and even on iOS and Android. The gameplay is just as entertaining, and they even added updated HD artwork and graphics to boot. 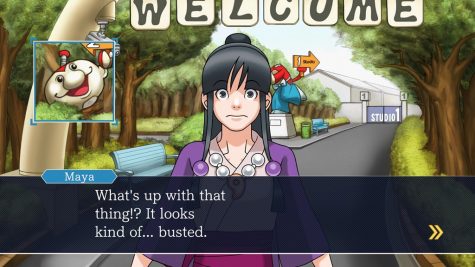 The trilogy features the first three installments in the series; “Phoenix Wright: Ace Attorney,” “Ace Attorney: Justice for All” and “Ace Attorney: Trials and Tribulations.” Each game has four cases to play through, letting the player delve deeper and deeper into the story while also ramping up the difficulty as they progress, adding more witnesses, evidence, and complicated crimes. Many even have a bonus case available after the main storyline is completed.

In these cases, you play from the perspective of Phoenix Wright, a defense attorney who may not always know what he’s doing, but who pushes forward with unbelievable luck and a heart of gold. Alongside him in many of these cases is his companion and partner Maya Fey, a spirit-medium-in-training who is able to put her supernatural skills to use to help Phoenix win in court. Right from the beginning the stakes are high, as nearly every case begins with a scene showcasing the murder, hiding more and more of what really happened the further you get into the game. The earlier cases may show exactly who the culprit is and some of how the crime is committed, while the later cases show you little more than that they happened. 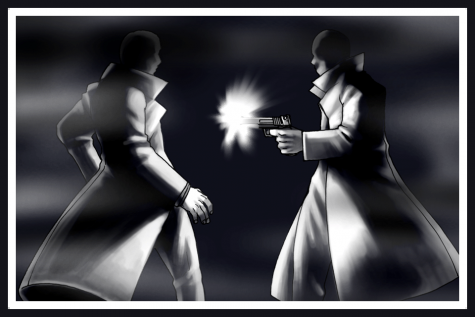 After this introductory scene, you meet your client, the person arrested on suspicion of committing the crime. From here, the gameplay starts to shift and become more interactive. You move between different locations relevant to the crime, gathering clues, investigating evidence, interviewing witnesses and more, before the trial. Through objections and cross-examinations, you press witnesses on the stand and present evidence to see through their lies — often fabricated by the corrupt prosecutors — to find the truth. 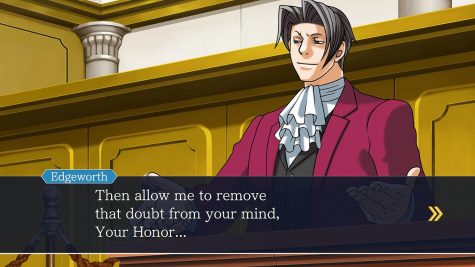 There are so many things that these games have going for them. The characters are diverse and interesting, and the stories are full of ups and downs. One moment you’re laughing; the next, crying. It is tense yet exhilarating to try and determine the truth behind these cases and succeed in court. Watching the witnesses and criminals lose composure and fall apart on the stand while the music picks up to cue your success is extremely satisfying.

Visual novels may not be everyone’s cup of tea. You aren’t running around in an open world, nor is it a very fast-paced genre. Still, the “Ace Attorney Trilogy” has something for everyone, and now, with these classics more accessible than ever before, everyone can enjoy what Phoenix Wright and his companions have to offer.